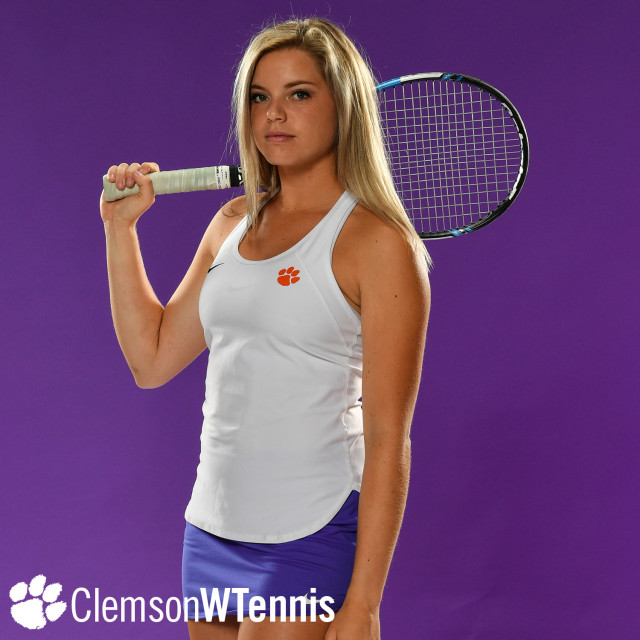 Tigers Fall to No. 4 Georgia in Athens

ATHENS, Ga. – The Clemson women’s tennis team played hard against the nation’s fourth-ranked team, Georgia, but the Bulldogs, with three top-55 singles players and two top-25 doubles teams, ultimately defeated the Tigers 7-0 on Saturday afternoon in Athens, Ga. With the loss, the Tigers fell to 3-3 on the season, while Georgia remained undefeated, improving to 3-0.

Georgia opened the match with a quick win at No. 3 doubles. At No. 1, Marie-Alexandre Leduc and Fernanda Navarro faced the sixth-ranked duo in the nation, and traded points throughout the set, before the Bulldogs pulled away at the end to win 7-5 and claim the doubles point. Ally Miller-Krasilnikovand Tate Schroeder were in the midst of a 5-5 battle at No. 2 when play was suspended.

In singles play, the Bulldogs clinched the team win with victories at No. 1, 4 and 2 singles, in that order. Moving up to No. 2 singles for the first time this season, Fernanda Navarro trailed 1-5 in her second set, but fought off two match points against her Bulldog opponent before falling 3-6. Sophomore Tate Schroeder won her first set 7-5 against the nation’s 51st-ranked singles player, before losing the No. 3 singles match in a 10-6 super tiebreak. Playing in the singles lineup for the first time this spring, Ally Miller-Krasilnikov gave a solid effort in a 6-4, 6-3 loss against Georgia’s 55th-ranked Morgan Coppoc at No. 5 singles.

The Tigers have a two-week break from competition and return to the courts on Sunday, Feb. 18 as they host Wake Forest and Chattanooga. It will the team’s first matches at the AU Tennis Facility in Anderson, S.C., Clemson’s home for the 2018 spring season while construction is ongoing at the Hoke Sloan Tennis Center.