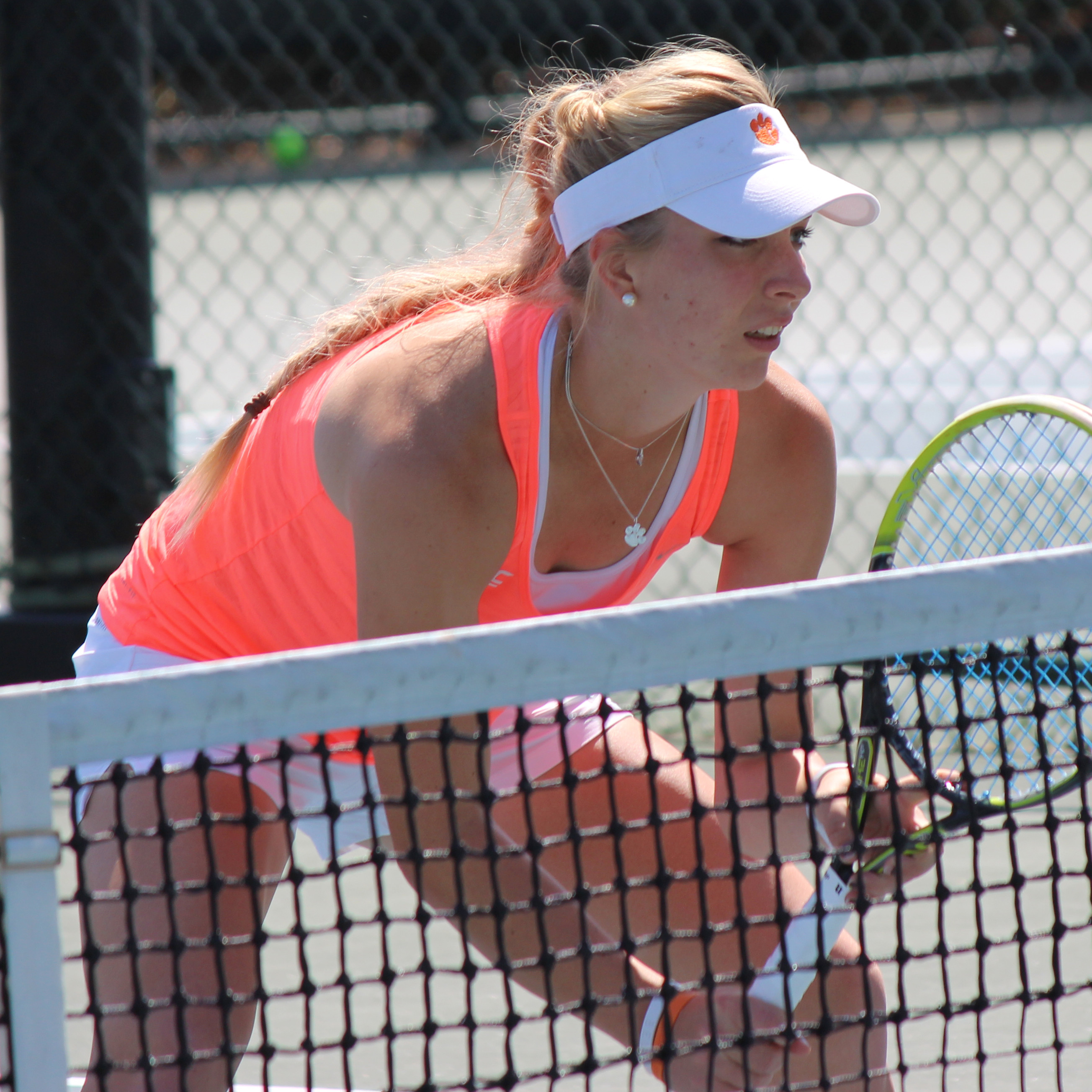 Tigers Fall to No. 10 Virginia 4-1 in ACC Quarterfinals Friday

CARY, N.C. – The 21st-ranked and No. 5-seed Clemson women’s tennis team fell 4-1 to 10th-ranked and No. 4-seed Virginia in the quarterfinals of the ACC tournament on Friday afternoon at the Cary Tennis Park. With the loss, the Tigers dropped to 16-9 overall, while the Cavaliers improved to 19-5.

The Cavaliers took the doubles point with wins at No. 3 and No. 2, in that order.  Virginia’s Collins and Epstein jumped out to a quick lead at No. 3, defeating Tristen Dewar and Beatrice Gumulya 8-1. Jessy Rompies and Yuilynn Miao put up a fight at No. 2 but Virginia pulled away for the 8-4 win. Joana Eidukonyte and Romy Koelzer trailed 4-6 at No. 1 when doubles play was halted.

Miao won her first set 6-3 at No. 6, and was leading 5-4 in the second set when singles play was abandoned. At No. 5, Rompies won a 7-5 first set and was headed to a third set after falling 6-3 in the second when the Cavaliers clinched the match.

Clemson now awaits word on a bid to the 2015 NCAA Championships. The NCAA selection show is set to takes place on Tuesday, April 28 at 5 p.m.