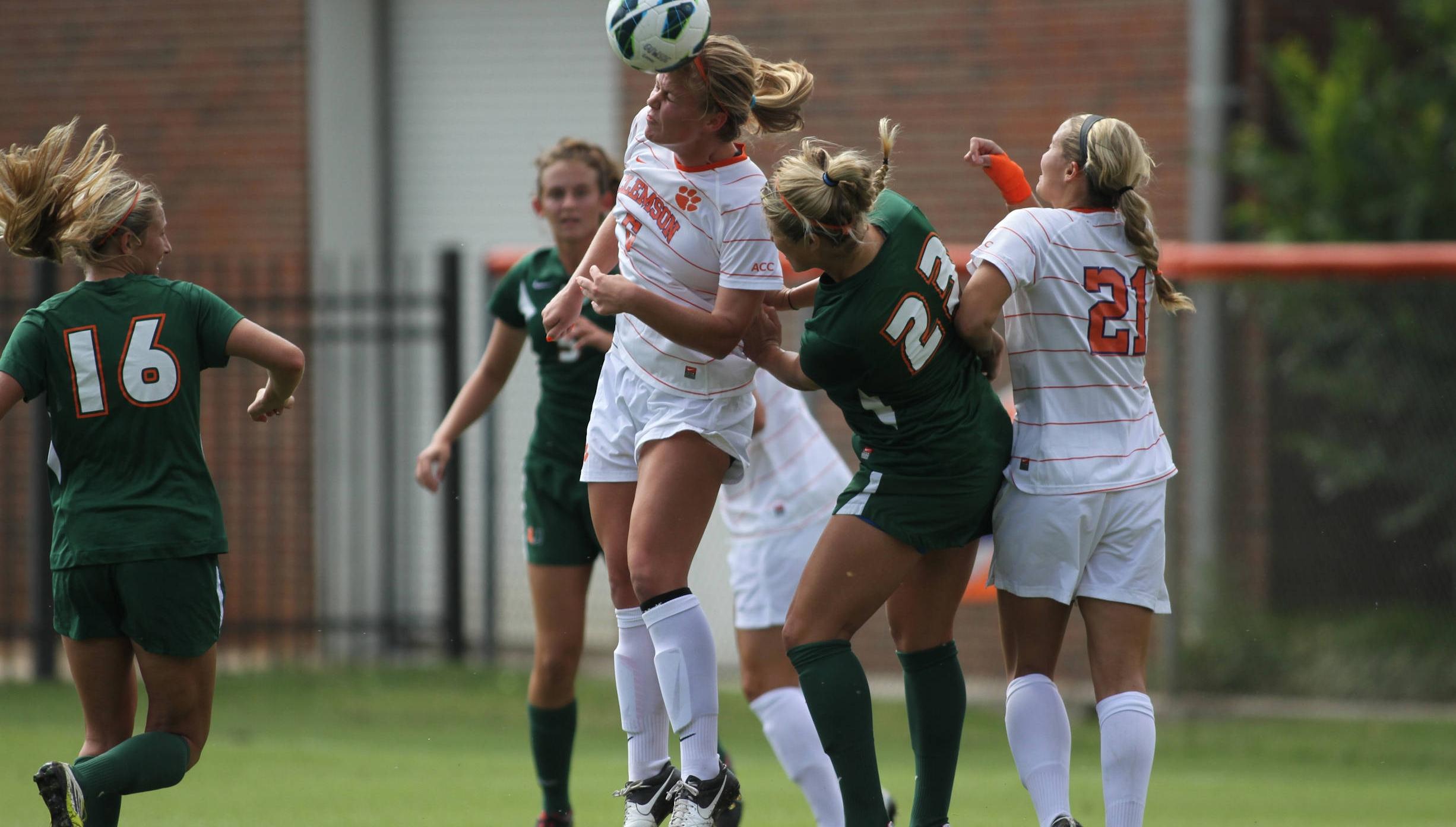 The game was nearly even from a statistical standpoint.  The Tigers outshot the Hurricanes three-to-two in the first half and nine-to-eight in the second half for a 12-10 overall advantage.  Corner kicks were two-to-one in favor of the Hurricanes.  There were 12 fouls whistled on Clemson and 11 on Miami in the contest.  Freshman goalkeeper Hunter Rittgers posted five saves in goal for the Tigers, and Emily Lillard recorded four saves for the Hurricanes.

Miami’s first goal was scored by Tara Schwitter in the 18th minute of play, with assists by Ally Andreini and Jasmine Paterson.  The Hurricanes scored their second goal at the 70:12 mark when Allie Rossi netted a goal from close range.  Paterson tallied her second assist of the day on Rossi’s goal.

“It was a tale of two halves,” said Head Coach Eddie Radwanski following the game.  “We did not play well in the first half.  On the goal that we gave up, we had possession of the ball and gave it away.  We had a great response in the second half.  We created chances and dominated play most of the half.

“At the end of the day though, you have to score.  We had opportunities, but we could not put one in.  We simply have to be better in those situations.”

The Tigers will return to action on Friday, October 12 as they play host to 10th-ranked North Carolina.  The game between Clemson and the Tar Heels will kick off at 7:00 PM at Historic Riggs Field and will be broadcast live on TigerCast on ClemsonTigers.com.