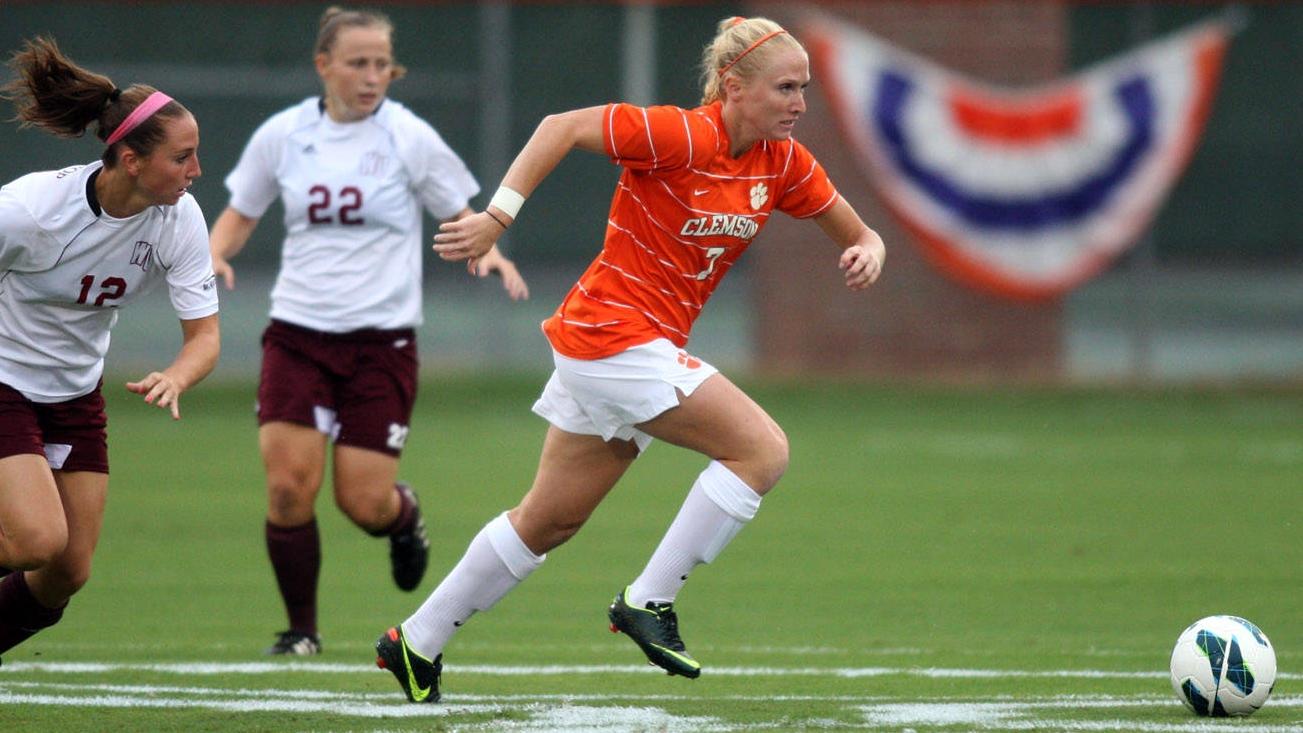 Tigers Fall to Fifth-Ranked Boston College on the Road

The Eagles scored twice in the first half, on goals by Kristen Mewis and Maddie Payne in the 24th and 31st minute, respectively.  Boston College put three more goals on the board in the second half, by Mewis, Zoe Lombard and McKenzie Meehan.

Junior forward Tabitha Padgett put the Tigers on the board at the 72:01 mark.  The goal came on a penalty kick following a foul committed by Boston College inside the box.  It was the second goal of the year for Padgett, who now has two goals and three assists for seven points on the season to rank second on the Clemson team in scoring.

“We started the game off fine, but conceded two first half goals that were preventable,” said head coach Eddie Radwanski.  “But to be fair, Boston College’s goals were good goals, and their movement up front was very good.  They were the better team tonight and deserved to win.  We need to learn from this and get ready to play a tough Maryland team.”

The Tigers will play their fourth of four consecutive road games on Sunday, September 16 against Maryland.  The game between Clemson and the Terrapins will kick off at 1:00 PM at Ludwig Field.