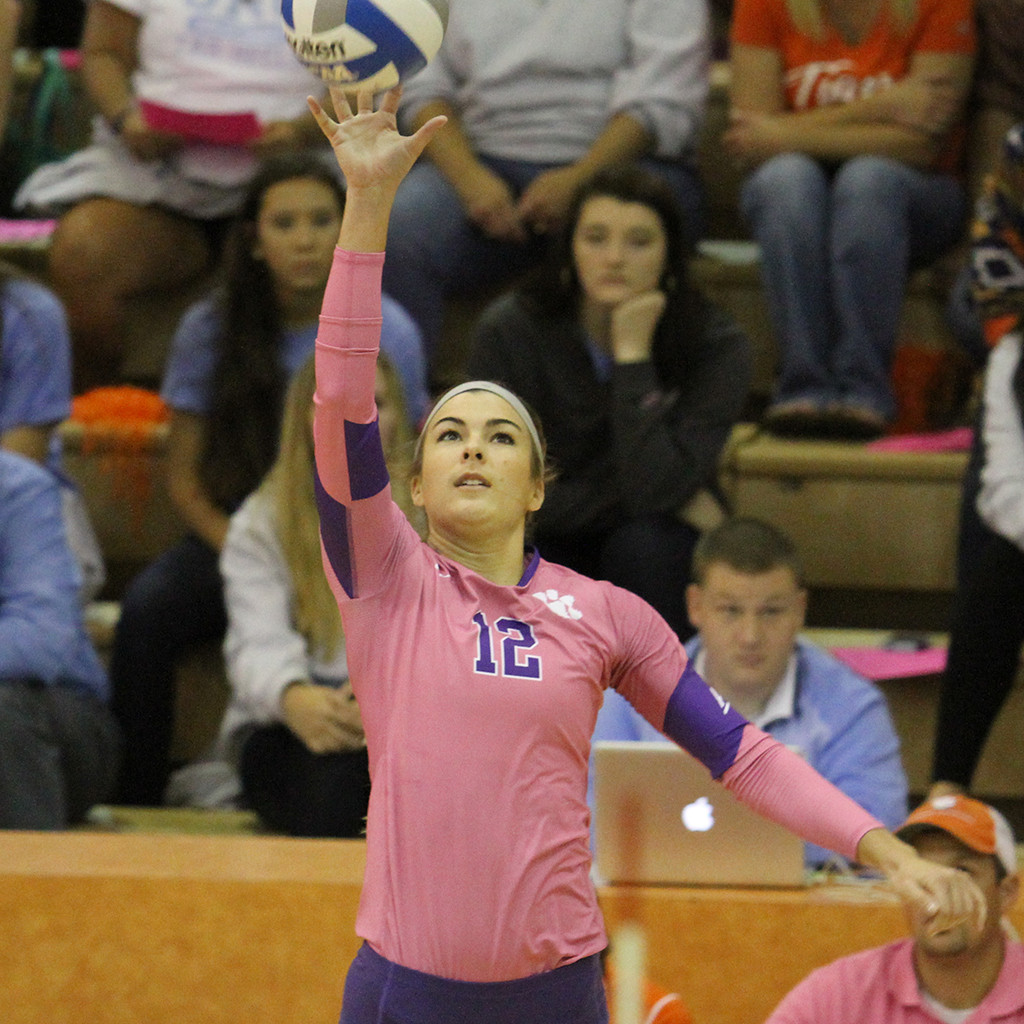 After dropping the first set 25-18, the Tigers found a rhythm in the second and pulled away from a 6-6 tie to take the lead the majority of the set. Clemson found themselves with set point at 24-20, but couldn’t close out and dropped the second set, 27-25. The third set was a fight as well, with the Tigers leading 23-18, however, North Carolina regained control and closed out the match 25-23.

Sophomore Leah Perri led the Tigers with eight kills while seniors Beta Dumancic and Karis Watson added seven and six, respectively. Freshman Kate Federico tallied 27 assists in the match, while senior Niki Collier posted a team-high 10 digs. Clemson put down 12 blocks as a team, including six from Watson and five from graduate Haleigh Hampton. The Tar Heels’ offense was dominated by Chaniel Nelson who put down 17 kills from the right side. Jordyn Schnabl and Abigail Curry split the setting duties, dishing out 20 and 14 assists, respectively. Ece Taner led North Carolina with 13 digs, and the Tar Heels posted seven blocks as a team.

The Tigers return to Jervey Gym for two matches next weekend, as they host Virginia Tech on Friday, Oct. 10 at 7 p.m. and Georgia Tech on Sunday, Oct. 12 at 3 p.m.