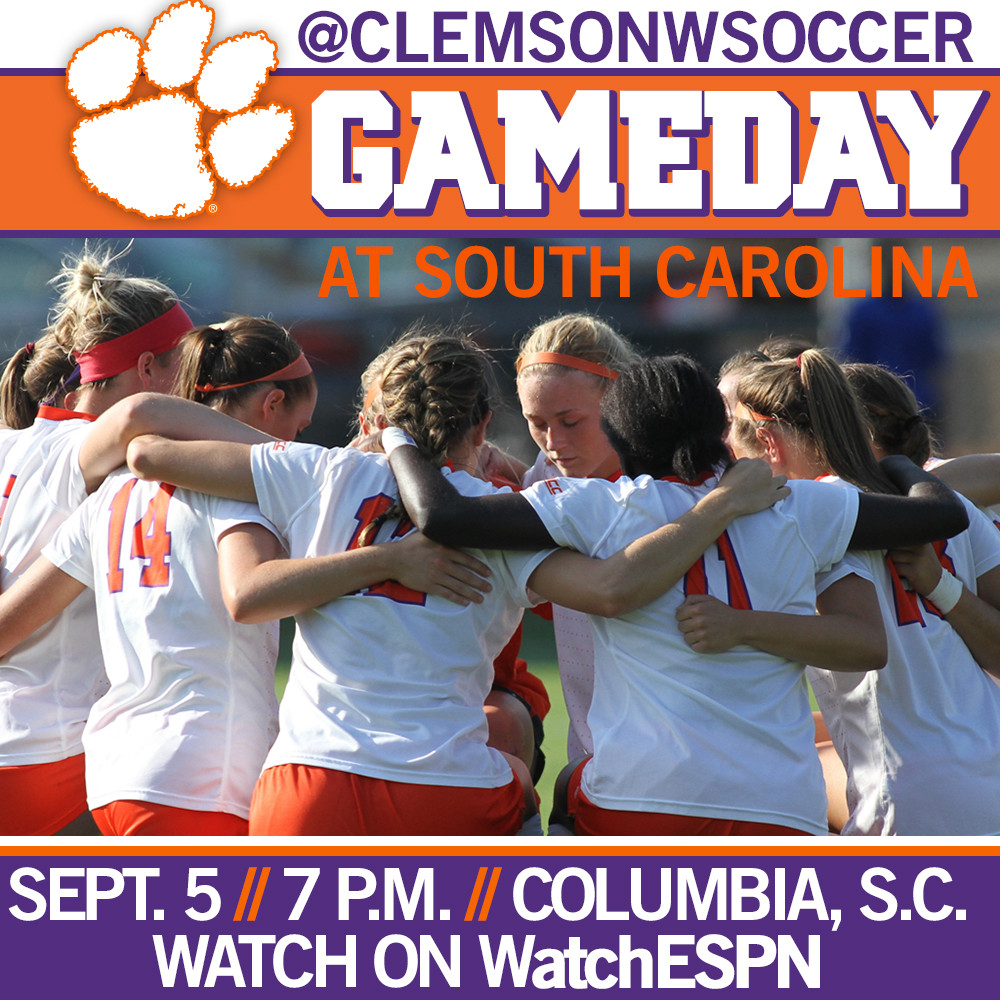 CLEMSON, S.C. – The Clemson women’s soccer team travels Columbia to square off against 11th-ranked South Carolina Friday at 7 p.m. for its last road game of a four game span. The Tigers return home to Historic Riggs Field Sunday to host Charlotte at 6 p.m. Friday’s game in Columbia is broadcast on WatchESPN, and Sunday’s matchup against the 49ers is available on TigerCast.

The Tigers are 4-0 on the season, most recently defeating Elon (5-0) and VCU (4-1) on the road. They have outscored their opponents 18-2 in the four wins, with goals coming from eight different players including sophomore Tori Andreski, who currently leads the ACC with four.

The Gamecocks are 4-0 on the season with wins over East Carolina, Samford, Boston University and Milwaukee. Head Coach Shelley Smith’s team has outscored opponents 7-0 through four games. South Carolina is led in scoring by Sophie Groff with 2 goals and 1 assist on the year.

Sunday’s game against Charlotte is the first of three consecutive home games for the Tigers. The 49ers are 1-2 on the season with a win over UNC Greensboro and losses to Coastal Carolina and UNC Wilmington. They match up with Liberty Sept. 4 before making the trip to Clemson.