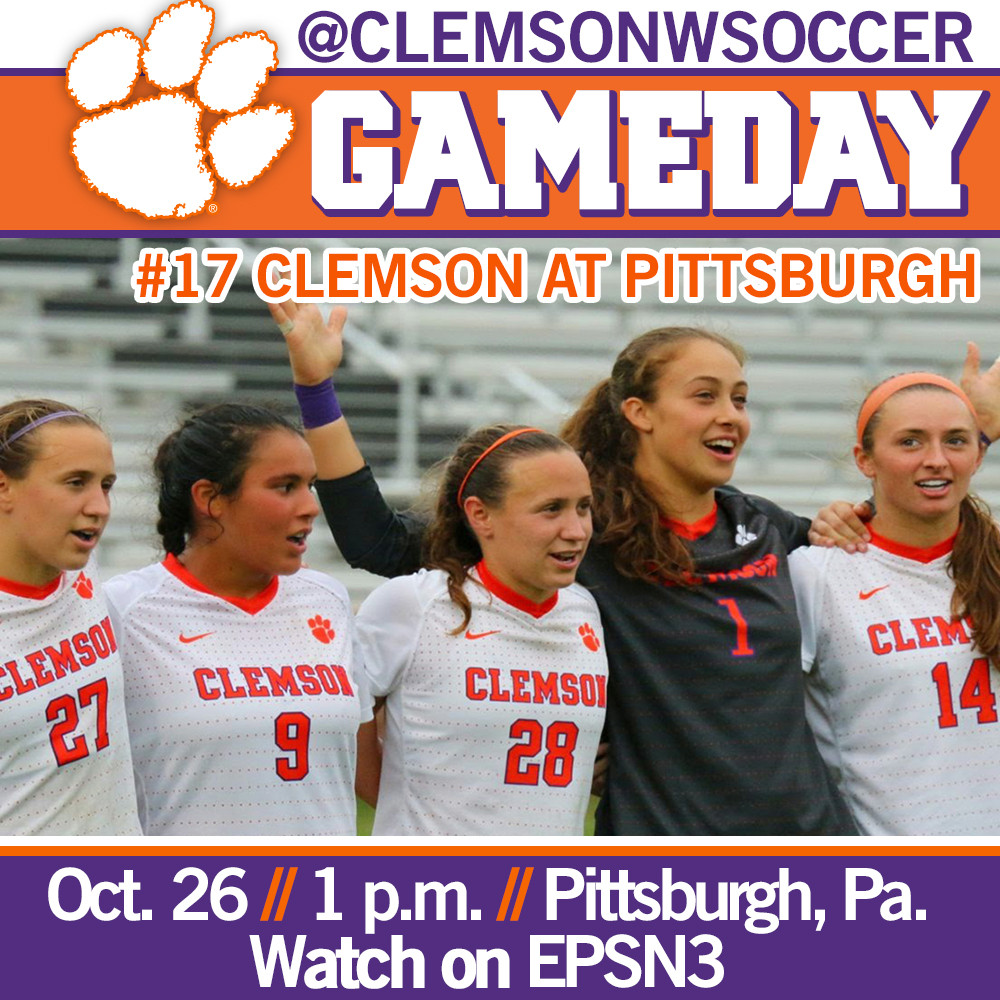 The Tigers are led by sophomore Catrina Atanda. The midfielder has six goals and 14 points, both highest on the Clemson team. However, four Tigers’ have 10 points or more and 12 different players have scored at least one goal this season. Freshman Shannon Horgan is tied for sixth in the conference with six assists. Sophomore Kailen Sheridan leads the Tigers in goal with 38 saves and nine goals allowed in over 1,313 minutes played in goal. She also has six solo shutouts, tied for fourth most in the conference. The nine goals allowed this season is second fewest by a team in the ACC, trailing only Florida State who has eight.

Pittsburgh is 6-10-0 overall and 2-6-0 in the ACC, most recently falling 1-0 in overtime to Louisville on Oct. 23. The Panthers are led by junior forward Roosa Arvas. Arvas had nine goals and 20 points on the season. Sophomore goalkeeper Taylor Francis leads in goal with over 1,452 minutes played in 16 games. Francis has 102 saves on the year and has given up 20 goals.

The Tigers and the Panthers met for the first time in 2013 with Clemson winning 2-0 in the game at Historic Riggs Field.