CLEMSON, S.C. – Clemson University men’s basketball earned its first ACC win of the year on Friday night after a dominant 51-24 second half against Wake Forest.

The Tigers (7-2, 1-0) were led by PJ Hall (Spartanburg, S.C./Dorman) who finished with 21 points and eight rebounds. Hunter Tyson (Monroe, N.C./Piedmont) tallied his third double-double of the season, finishing with 15 points and 10 rebounds.

Clemson finished 24-for-25 (96.0 percent) from the foul line – setting a new program record for a single game free throw percentage with a minimum of 20 attempts.

The Clemson offense stumbled out of the gate in the first half shooting just 34.8 percent from the field and 10.0 percent from three-point range. Wake Forest took advantage of the Tigers’ slow start and went into the break with a seven-point advantage.

Clemson came out of halftime humming on all cylinders and opened the half on a 11-1 run. The Tigers offensive attack was led by Hall who scored 11 of his 21 in the second half including a momentum swinging fastbreak dunk. Clemson shot 70.0 percent in the second half, including 66.7 percent on threes and finished 15-for-15 at the foul line in the final stanza.

Hemenway continued his hot streak from deep, connecting on 4-of-6. Hemenway has made 8-out-his-last-12 3-point attempts in the past two games.

This marked just the fifth time in program history that the Tigers have won a game by at least 20 points after trailing at the half. It’s only the second time in an ACC contest. The other time was also against Wake Forest on Feb. 7, 1998 – a 71-46 victory.

Clemson returns to action on Wednesday, Dec. 7 to take on Towson. The game is slated to tip off at 9 p.m. on RSN.

Notes: Clemson improves to 7-2 overall and 1-0 in the ACC … Head Coach Brad Brownell moved to 15-3 all-time against Wake Forest, including three-straight wins and wins in 15-of-the-last-17 against the Demon Deacons dating back to 2010-11 … Coach Brownell is now eight wins shy of 400 with his 392nd career victory … back-to-back games that the Tigers have overcome a halftime deficit to win – just the third time in program history we have overcome a halftime deficit of six or more in consecutive games to win … Clemson finished 40.9 percent from three in the game and improved to 4-0 this season when they do so … the Tigers are 86-25 under Coach Brownell when shooting 40.0 percent or better from three … PJ Hall has posted back-to-back 20-point games and has six double-digit scoring games this season … Hall grabbed a season-best eight rebounds … Hunter Tyson notched his third double-double of the season and the fourth of his career … It was his fourth double-digit rebounding game and eighth double-digit scoring effort … Brevin Galloway scored 14 points and has scored in double-digits in six games this season … Galloway now has 983 career points and is just 17 away from 1,000 in his career … Alex Hemenway finished the game 4-for-6 from three and now has gone 8-for-12 in his last two contests … Hemenway is now 50.0 percent this season from three. 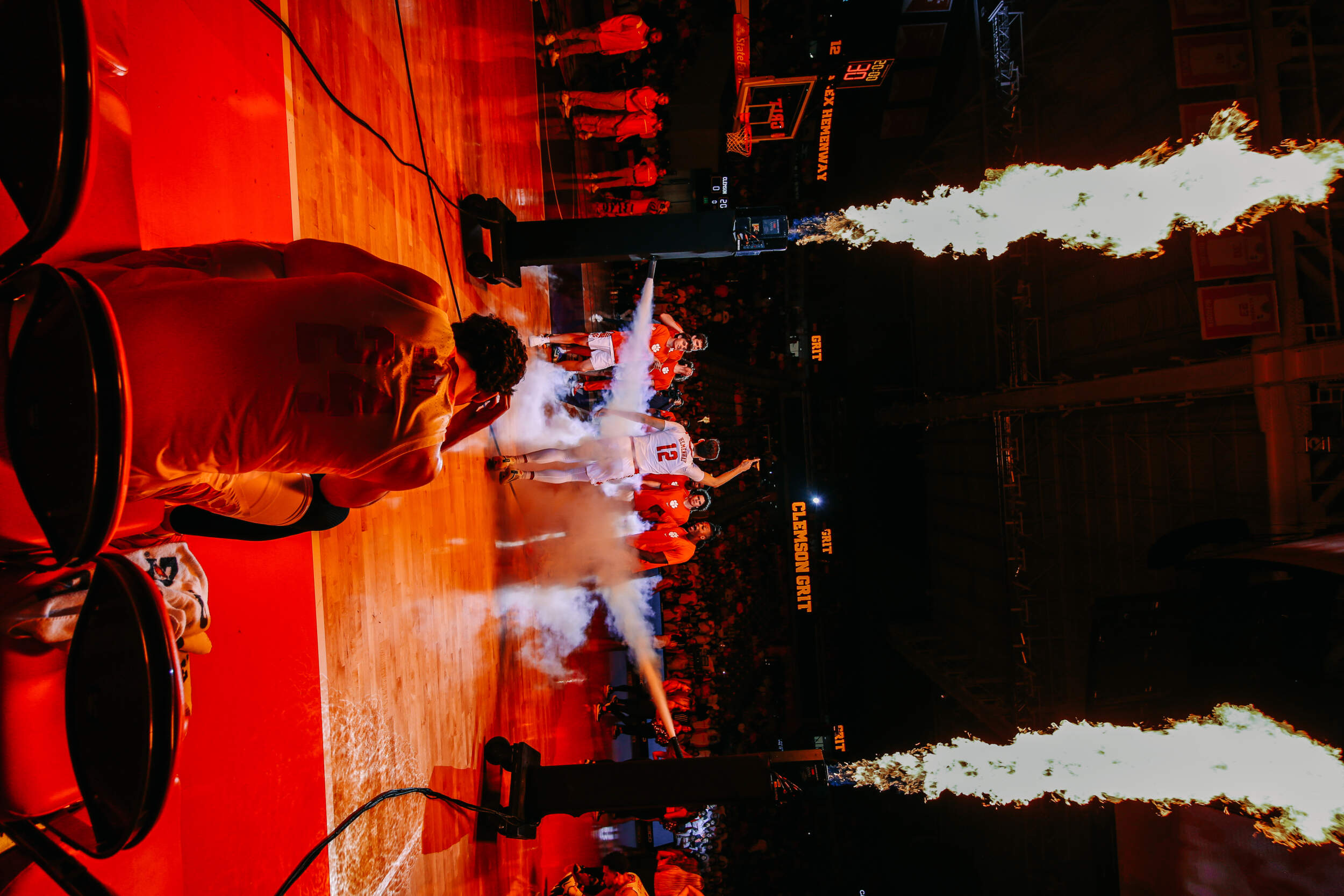 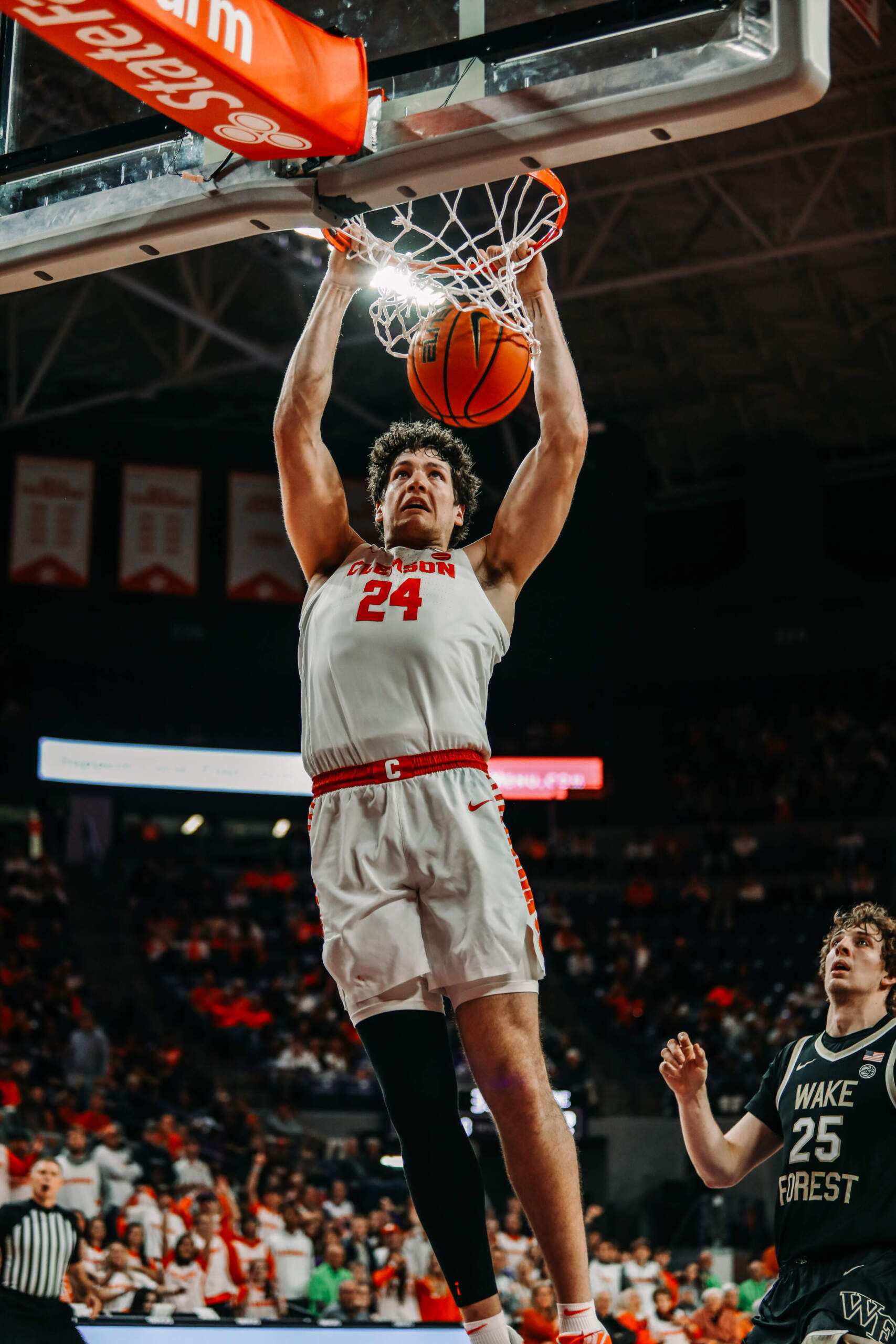 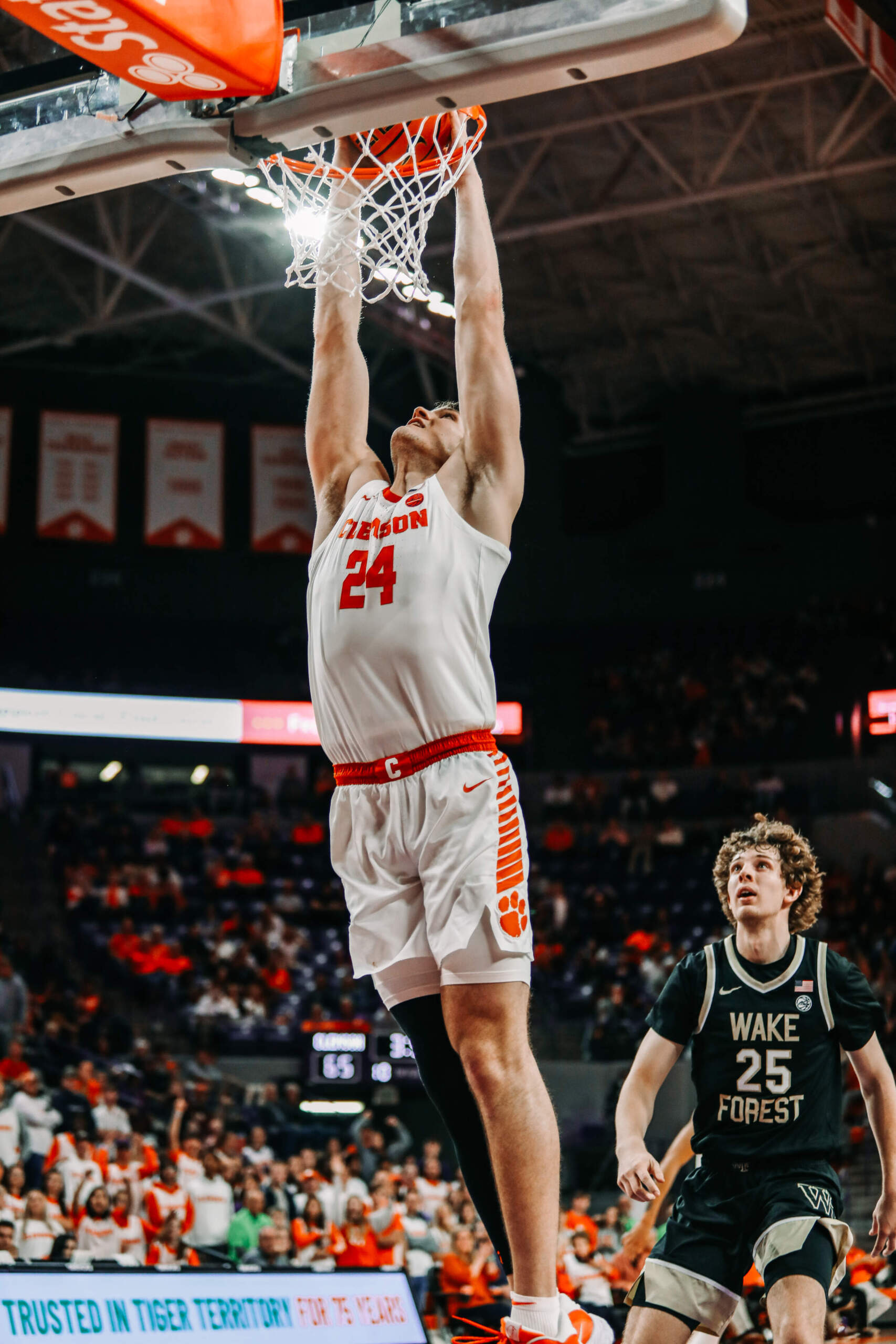 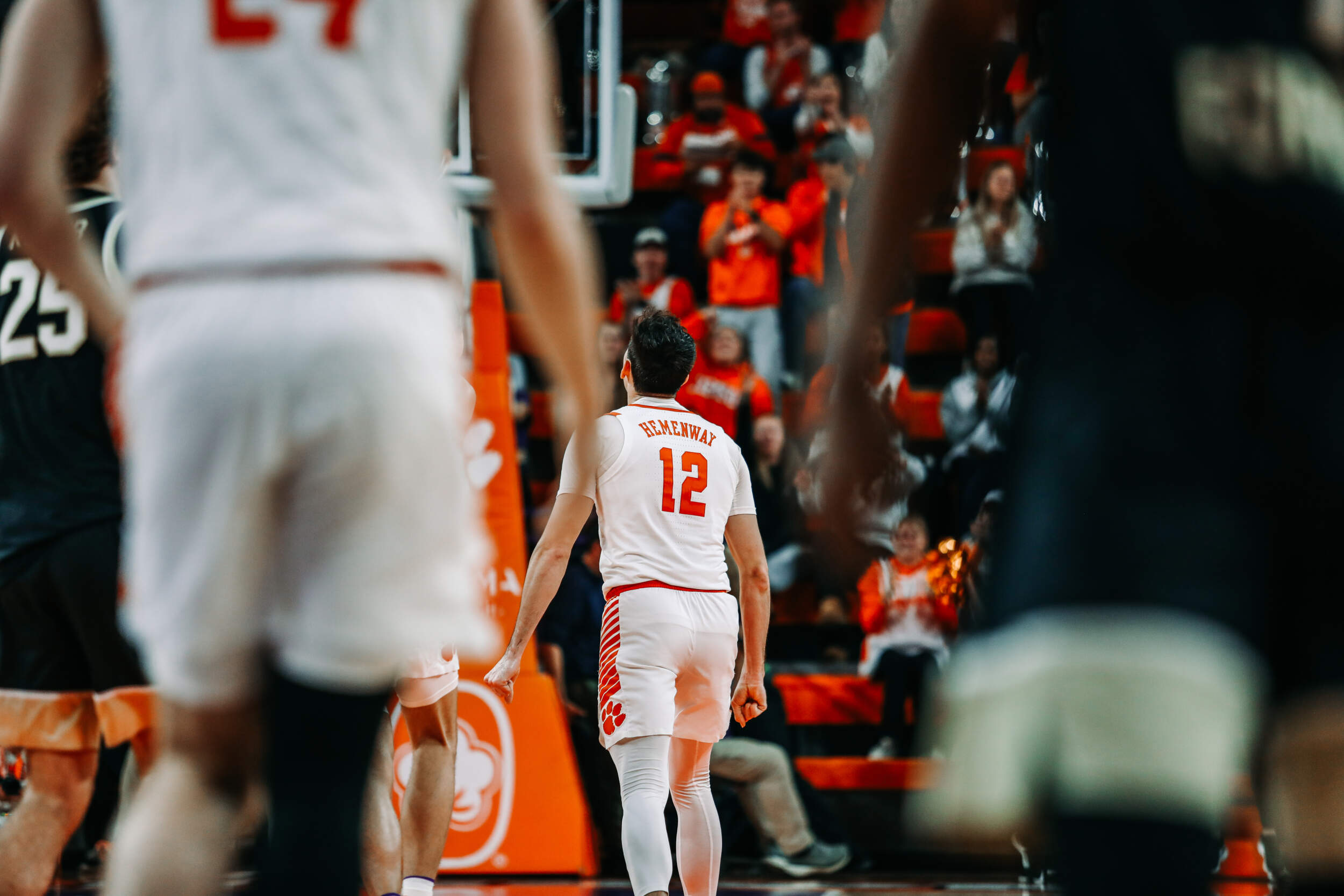 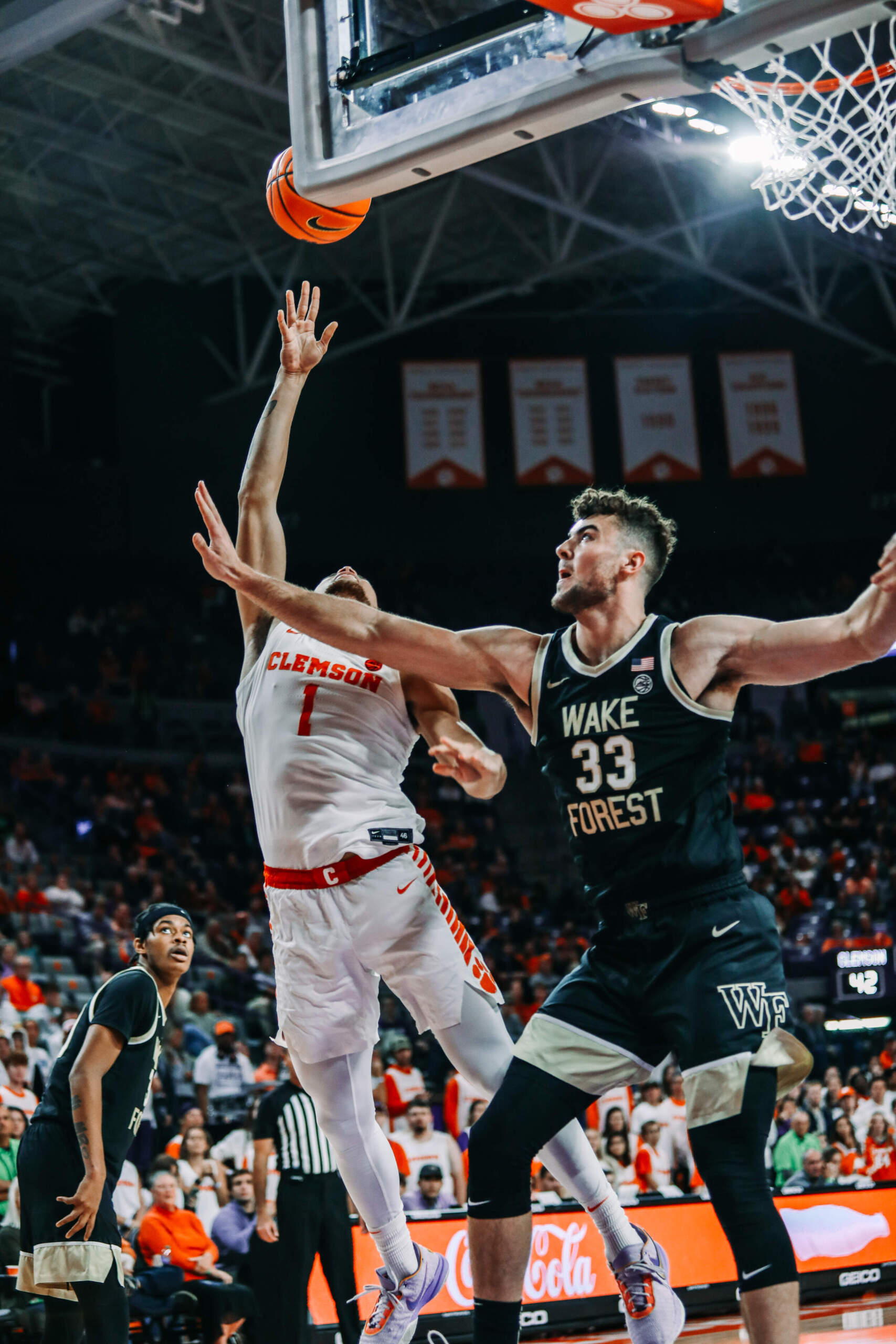 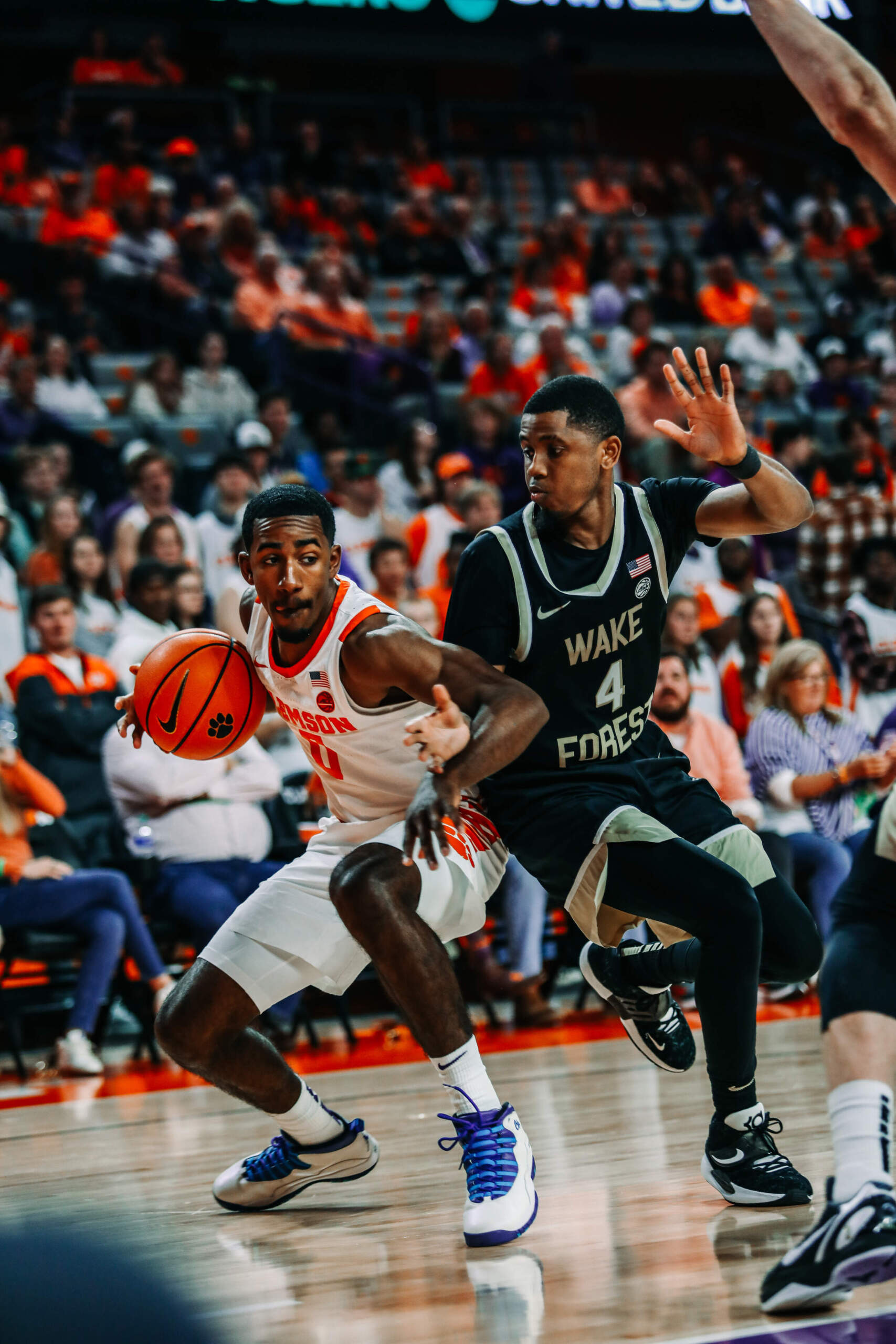 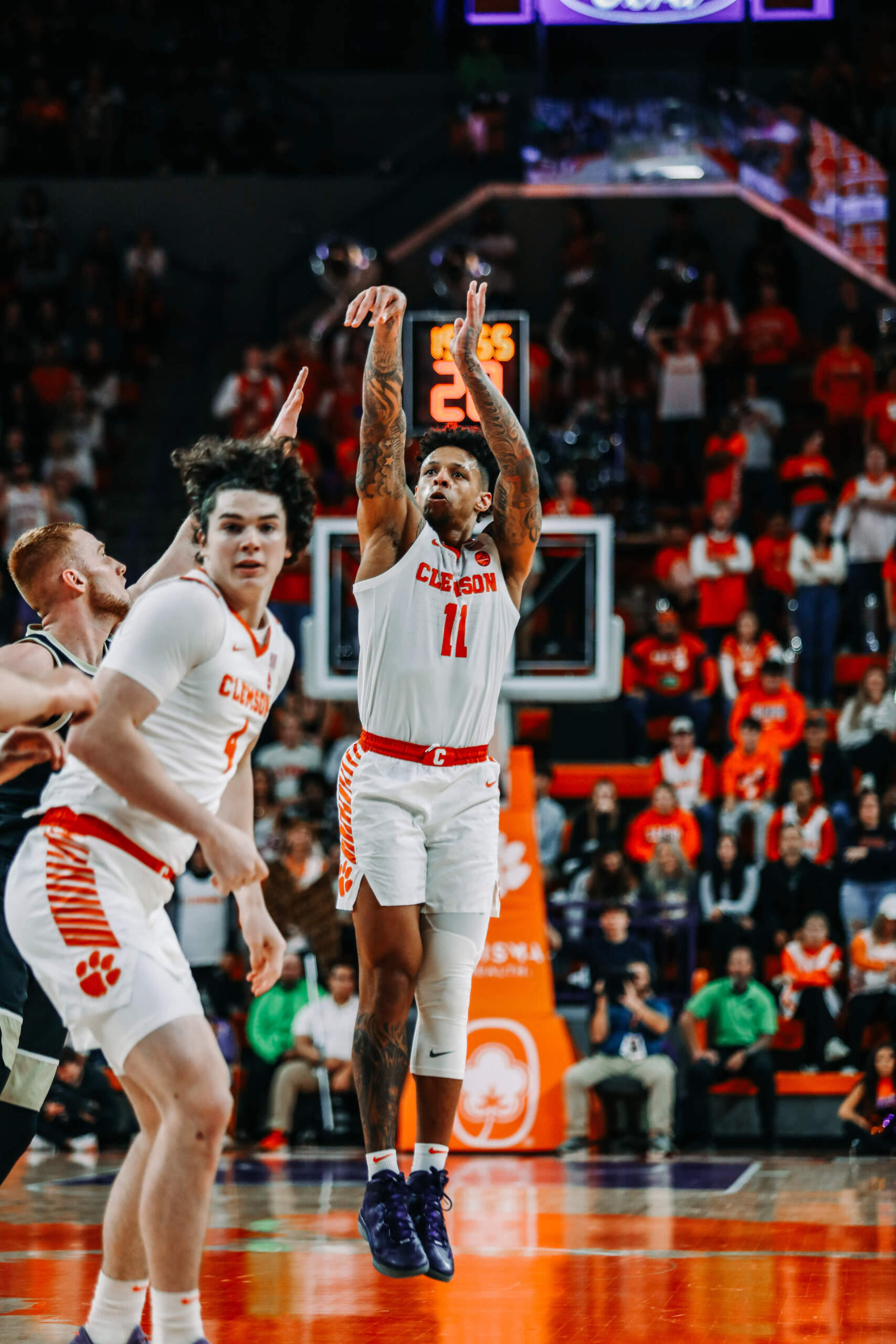 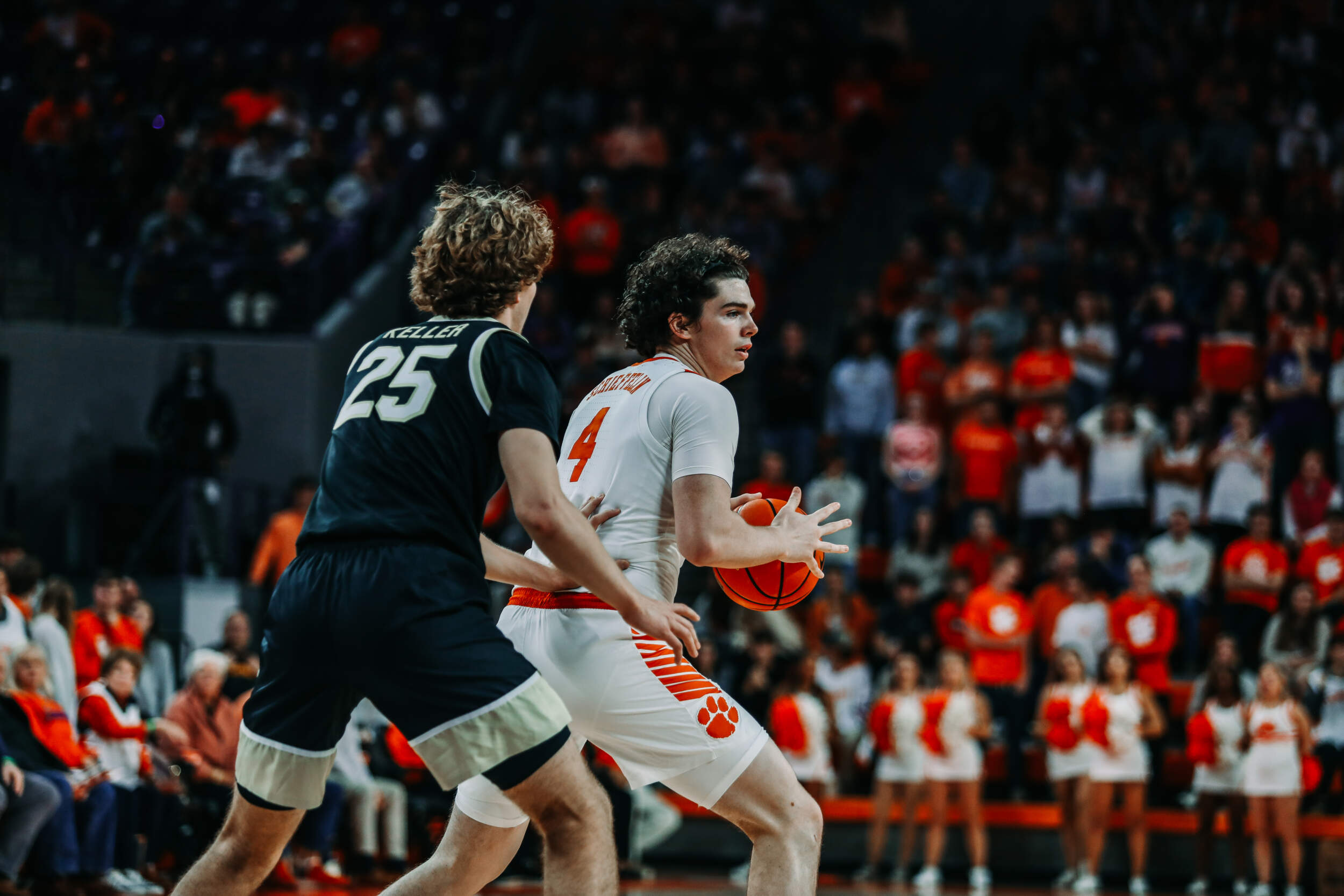 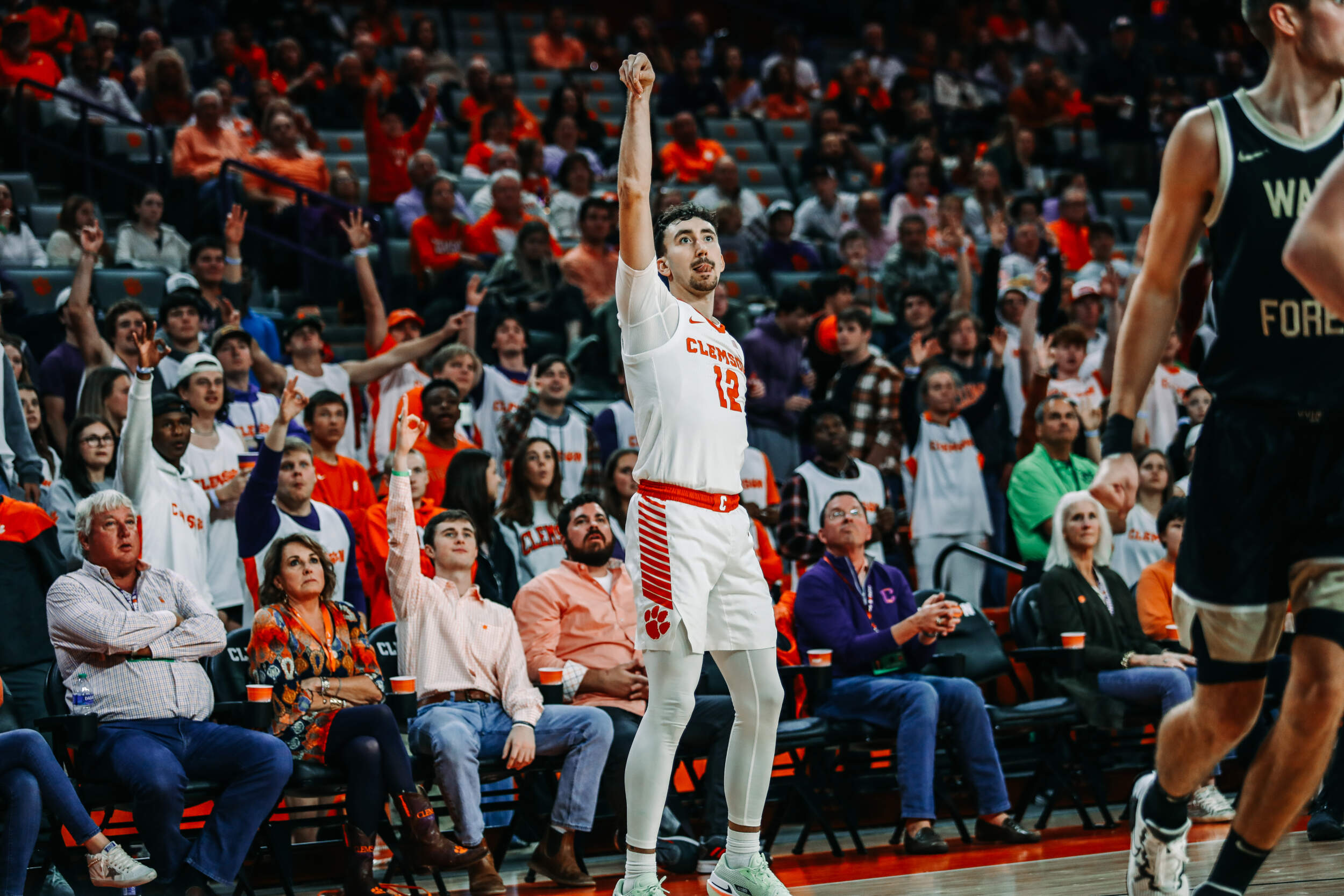 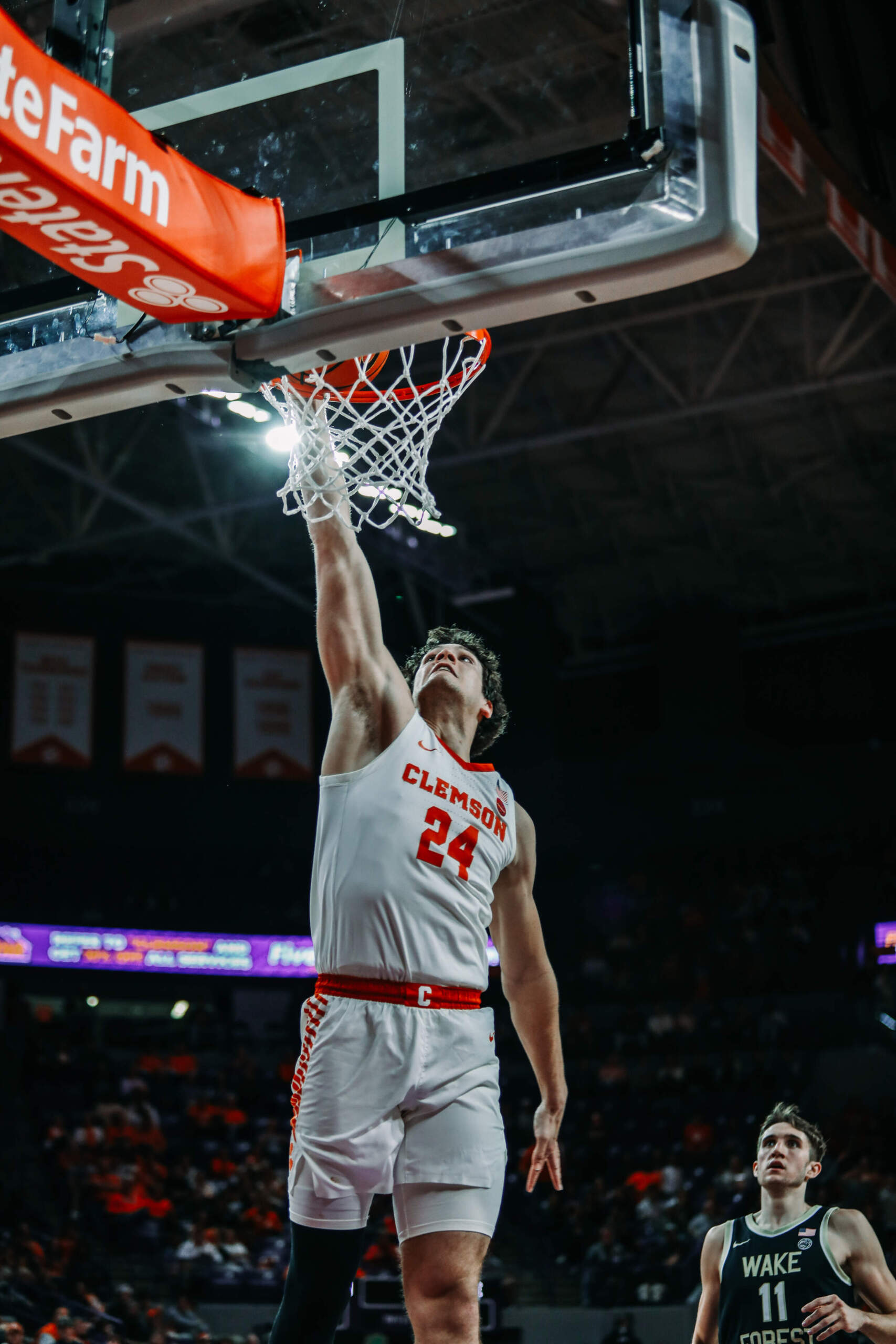