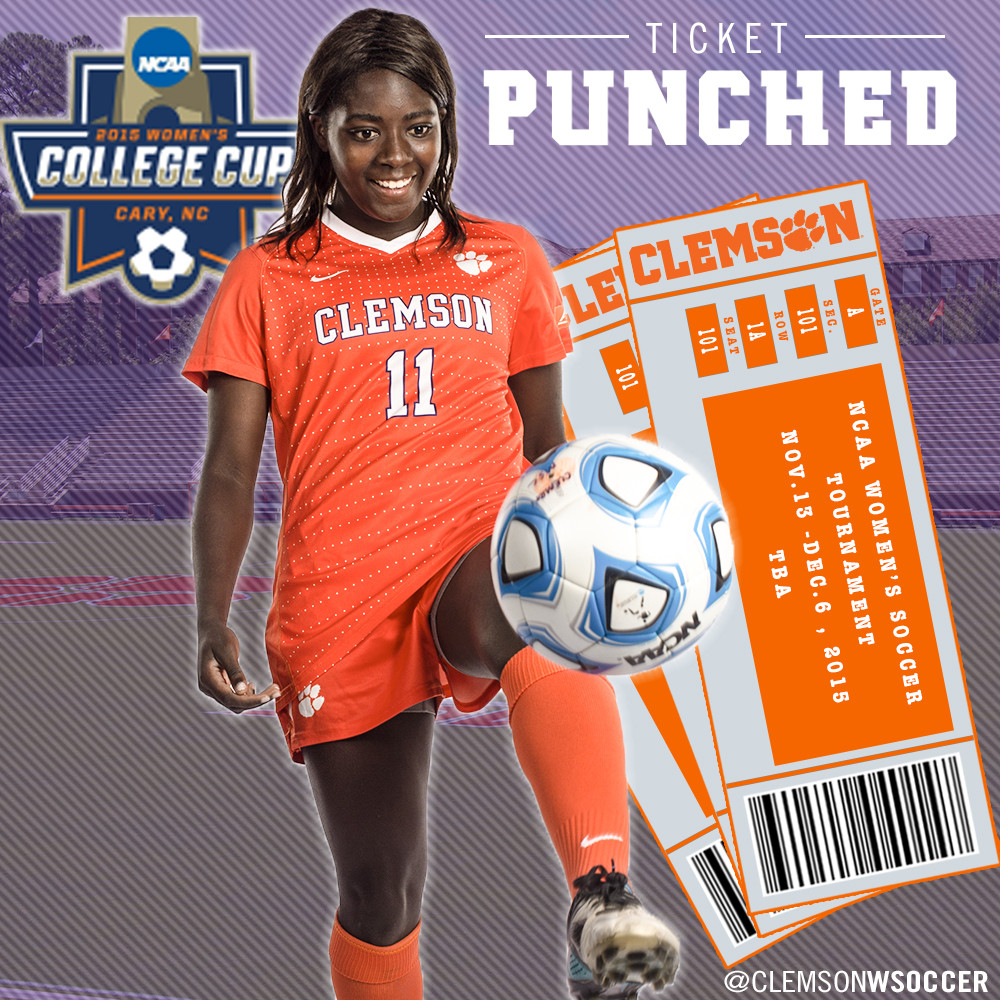 Tigers Earn No. 2 Seed, Host Furman in NCAA First Round

CLEMSON, S.C. – The sixth-ranked Clemson women’s soccer team is one of the top eight overall seeds for the 2015 NCAA Tournament, the No. 2 seed in its region, as announced by the NCAA on Monday afternoon. The Tigers will host SoCon champion Furman in the first round on Saturday, Nov. 14 at 7 p.m. at Historic Riggs Field.

Clemson is 13-4-1 overall and finished tied for second in the ACC regular season standings. The Tigers fell to top-ranked Virginia in the semifinal round of the ACC Tournament on Friday in Cary, N.C. Catrina Atanda leads a group of four Tigers in double-figures in scoring, with 13 points on five goals and three assists. Kailen Sheridan has 56 saves and six solo shutouts on the year. Last week, she earned her second-straight First-Team All-ACC honor, the third overall all-conference honor of her career.

Furman, who defeated Mercer in the SoCon Championship game by a score of 1-0 in double overtime last weekend, is 17-4-1, and 5-3 in road matches. The Paladins are led by Stephanie DeVita, who has 40 points on 18 goals and four assists on the season. The 18 goals put her in a tie for fourth in the nation.

Ticket information will be available on ClemsonTigers.com, and @ClemsonWSoccer on Twitter, on Tuesday, Nov. 10.