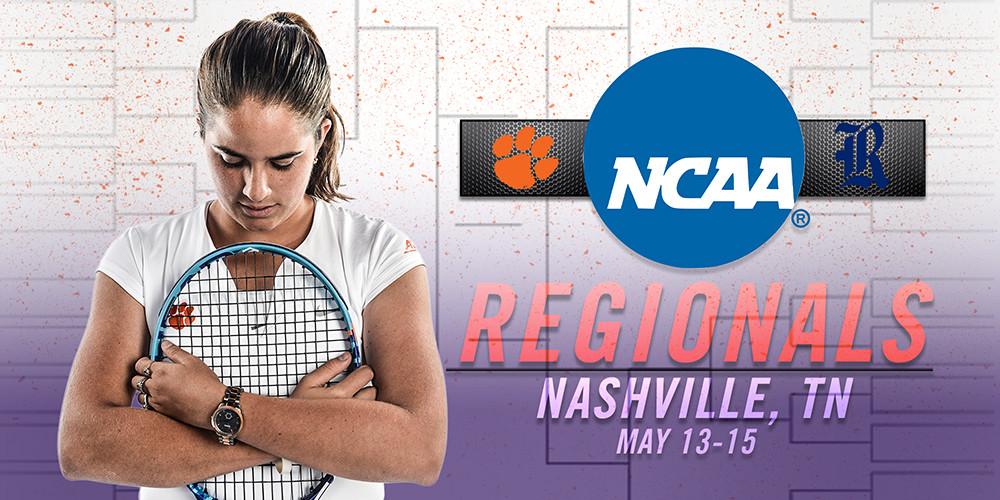 CLEMSON, S.C. – For the 15th consecutive year and the 24th time in program history, the Clemson women’s tennis team has received a bid to play in the NCAA Championships. The Tigers, ranked 31st nationally, are the number-two-seed in the Nashville Regional, and will travel to Nashville, Tenn. for the first and second rounds of the tournament on May 13-15.

Joining Clemson in the region are Conference-USA Champion Rice (13-9), Ohio Valley Conference Champion SIU Edwardsville (19-4) and regional-host and sixth-ranked Vanderbilt (19-5). The Tigers face the Owls in the first round. The winner advances to play the winner of Vanderbilt and SIU-Edwardsville in the second round.

Clemson is 10-10 overall, finished the ACC regular season at 8-6 and is ranked 31st nationally according to the most recent ITA poll. Two Tiger singles players are ranked in the top-100 in the nation, Joana Eidukonyte at 24th and Ayan Broomfield at 52nd. Broomfield, who was named ACC Freshman of the Year on April 21, is one of four freshmen that have played a significant role in the Clemson lineup in 2016.

The NCAA takes 64 teams to the annual tournament, which is held on campus sites for the first two rounds, taking place May 13-15. The top team from each of the 16 sites advances to the NCAA Team Championships in Tulsa, Okla. May 19-24.