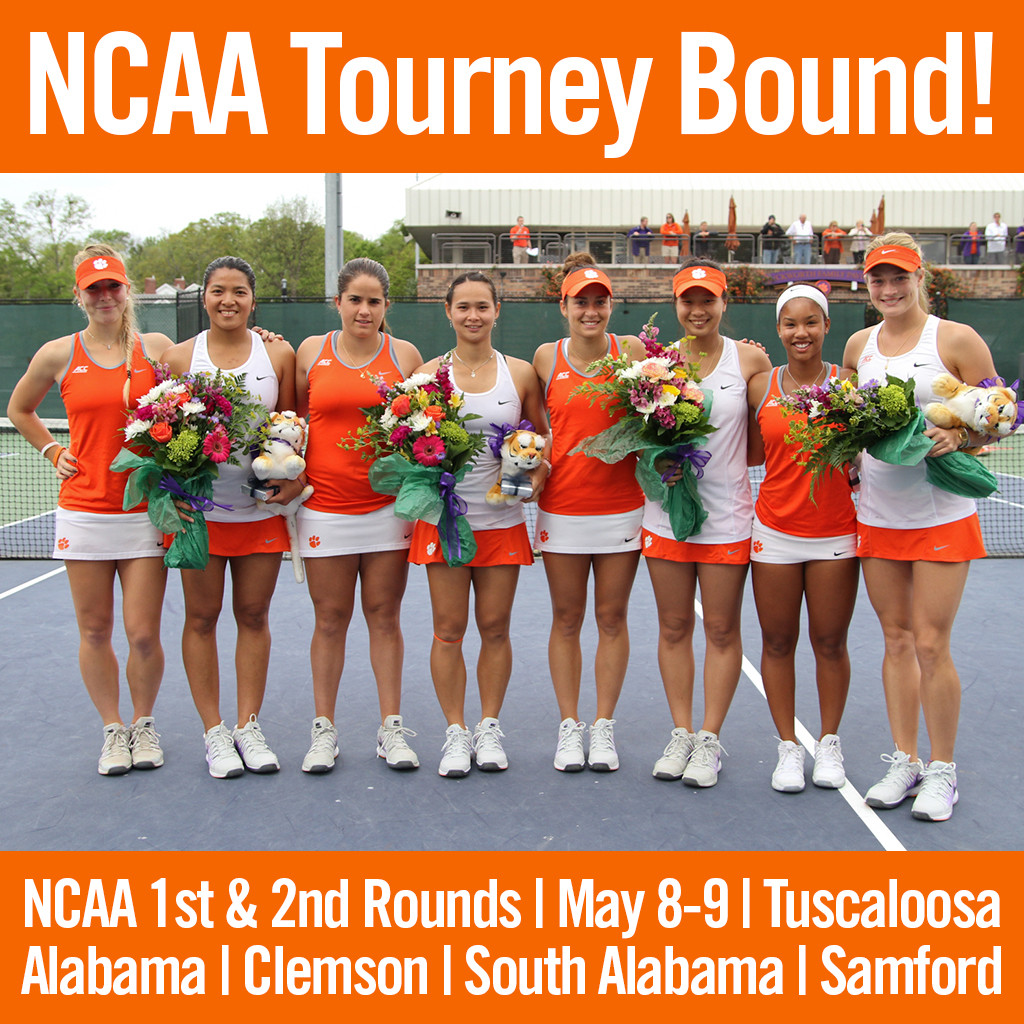 CLEMSON, S.C. – For the 14th consecutive season, the Clemson women’s tennis team has earned a bid to the NCAA Team Championships as announced on the selection show on NCAA.com Tuesday evening. Clemson, ranked 21st, will travel to Tuscaloosa, Ala. for the first and second rounds on May 8-10. The bid is the 23rd in program history and the 16th in 18 seasons under Head Coach Nancy Harris.

Joining Clemson in the region are SoCon champions Samford (16-8), Sun Belt champions and 75th-ranked South Alabama (21-2) and regional-host and 14th-ranked Alabama (17-7). The Tigers play South Alabama in the First Round. The winner advances to play the winner of Alabama and Samford.

The Tigers are 16-9 overall and finished the conference regular season schedule with a 10-4 mark. Clemson is ranked 21st in the nation according to the latest ITA poll. The Tigers boast three ranked singles player in the ITA polls as well as the fourth-ranked doubles duo.

Clemson has been selected to the NCAA Tournament in each of the previous 13 seasons. The program has accumulated a 26-13 record in tournament play in that time, including a first-round win in all 13 seasons. In fact, in the last 11 seasons, Clemson has reached nine Sweet 16’s and advanced to Final Fours in 2004 and 2005.

The NCAA takes 64 teams to the annual tournament, which is held on campus sites for the first two rounds, taking place May 8-10. The top team from each of the 16 sites advances to the NCAA Team Championships in Waco, Texas May 14-19.