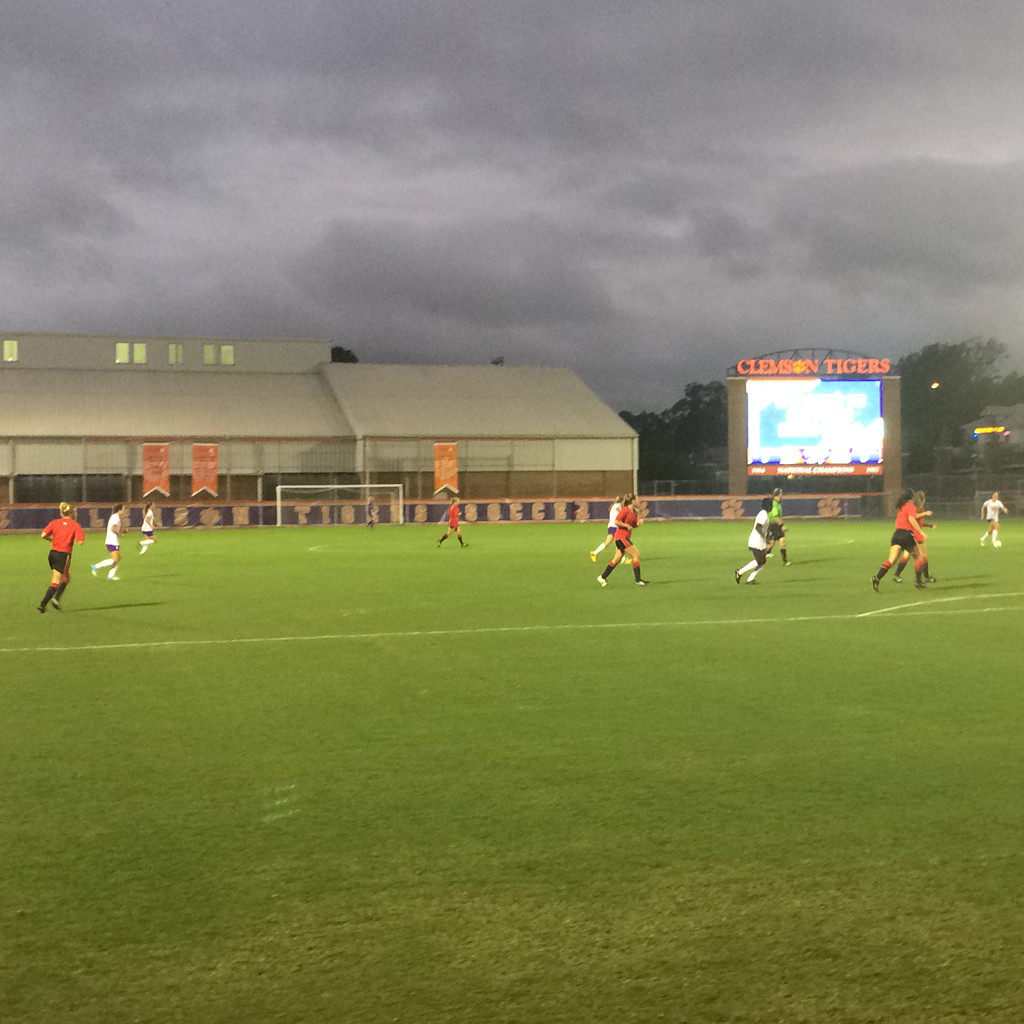 Tigers Down UGA in Exhibition

CLEMSON, S.C. – On its fifth day of training for the 2014 preseason, the Clemson women’s soccer team defeated Georgia by a score of 3-0 in an exhibition game played Sunday evening at Historic Riggs Field. The two teams played three 30-minute periods, and all three of the Tiger goals were scored in the second.

After a scoreless first period, Clemson found the net quickly in the second. Sophomore midfielder Catrina Atanda netted the first goal on a penalty kick after she was taken down in the box less than three minutes in to the second. Less than a minute later, sophomore midfielder Tori Andreski followed up with a goal of her own on a shot that hit the crossbar and bounced into the net. Senior midfielder Morgan Campbell joined in the action minutes later to give the Tigers their third goal in span of eight minutes.

Junior Hunter Rittgers and sophomore Anna Davis combined for three saves to keep the Bulldogs off the scoreboard.