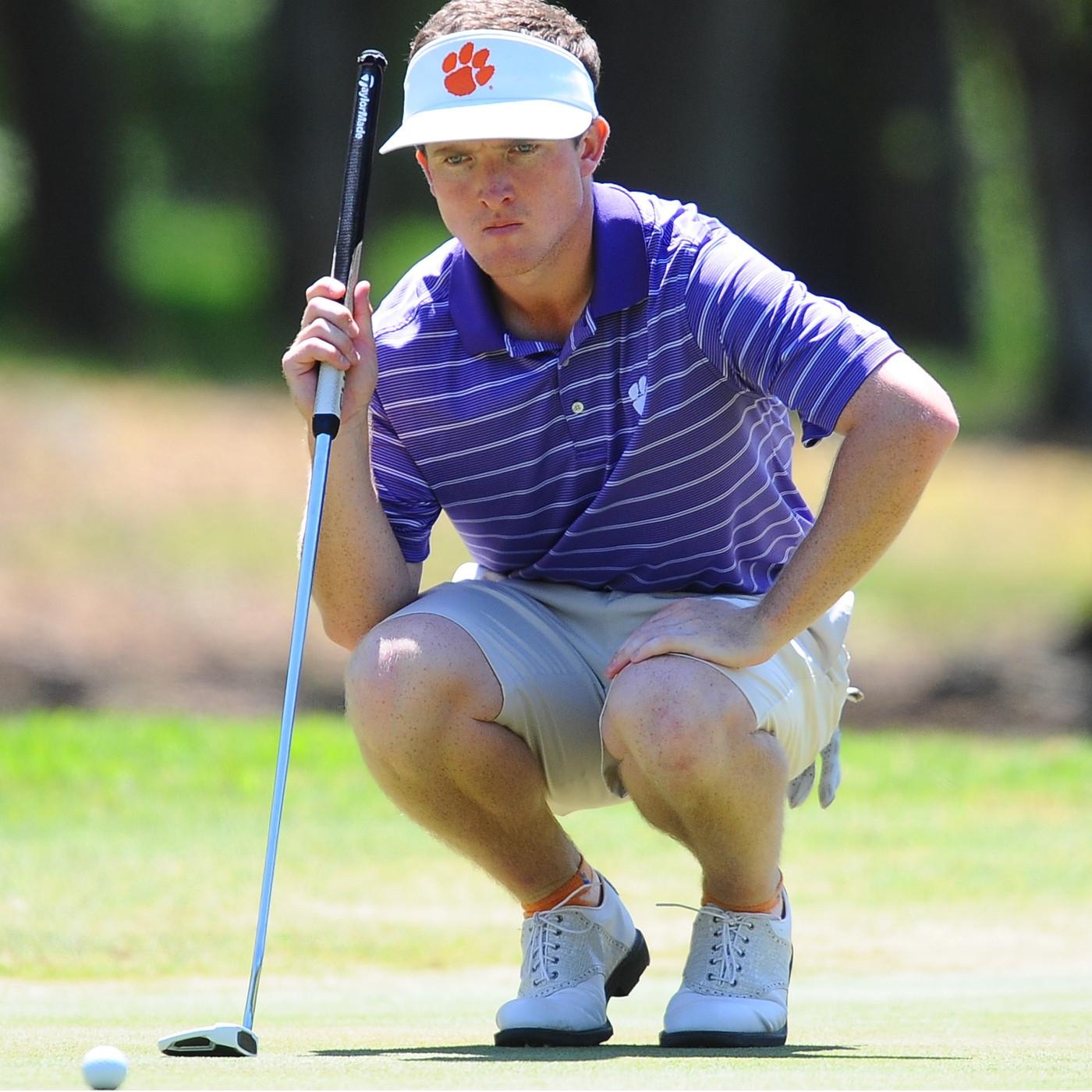 Clemson, S.C.—Clemson defeated Mississippi 3-1-1 in a match play competition in the final day at the Dick’s Sporting Goods Challenge in Nashville, Tenn.  The multi-day collegiate event brought 12 teams from the ACC and SEC to The Golf Club of Tennessee for a 54-hole team and individual stroke play event, followed by an 18-hole match play conference finale, pitting the teams in each conference against each other to play for “Top Conference” honors.Representing the Atlantic Coast Conference was Clemson, Duke, Georgia Tech, Louisville, NC State, and Virginia.  Georgia, Missouri, Ole Miss, South Carolina, Texas A&M and Vanderbilt represented the Southeastern Conference in the second annual event.   Stephen Behr won at number-one singles over Joe Lewis of Mississippi by a 4 & 2 score.  Behr was just 1-up through 12, then won the 13, 14 and 16th holes to clinch his match.   Other winners in close matches for Clemson were Carson Young and Billy Kennerly. Young defeated Noah West 2 –up. He had a commanding 4-up lead through 10 holes then coasted to the win.  Kennerly was steady all day and was up by as many as four holes before winning 2 & 1. Cody Proveaux and Ben Wolcott halved their 18-hole match that was close throughout. Mississippi’s only win came at number-five singles where Connor Davis defeated Clemson’s Miller Capps 3 & 2.