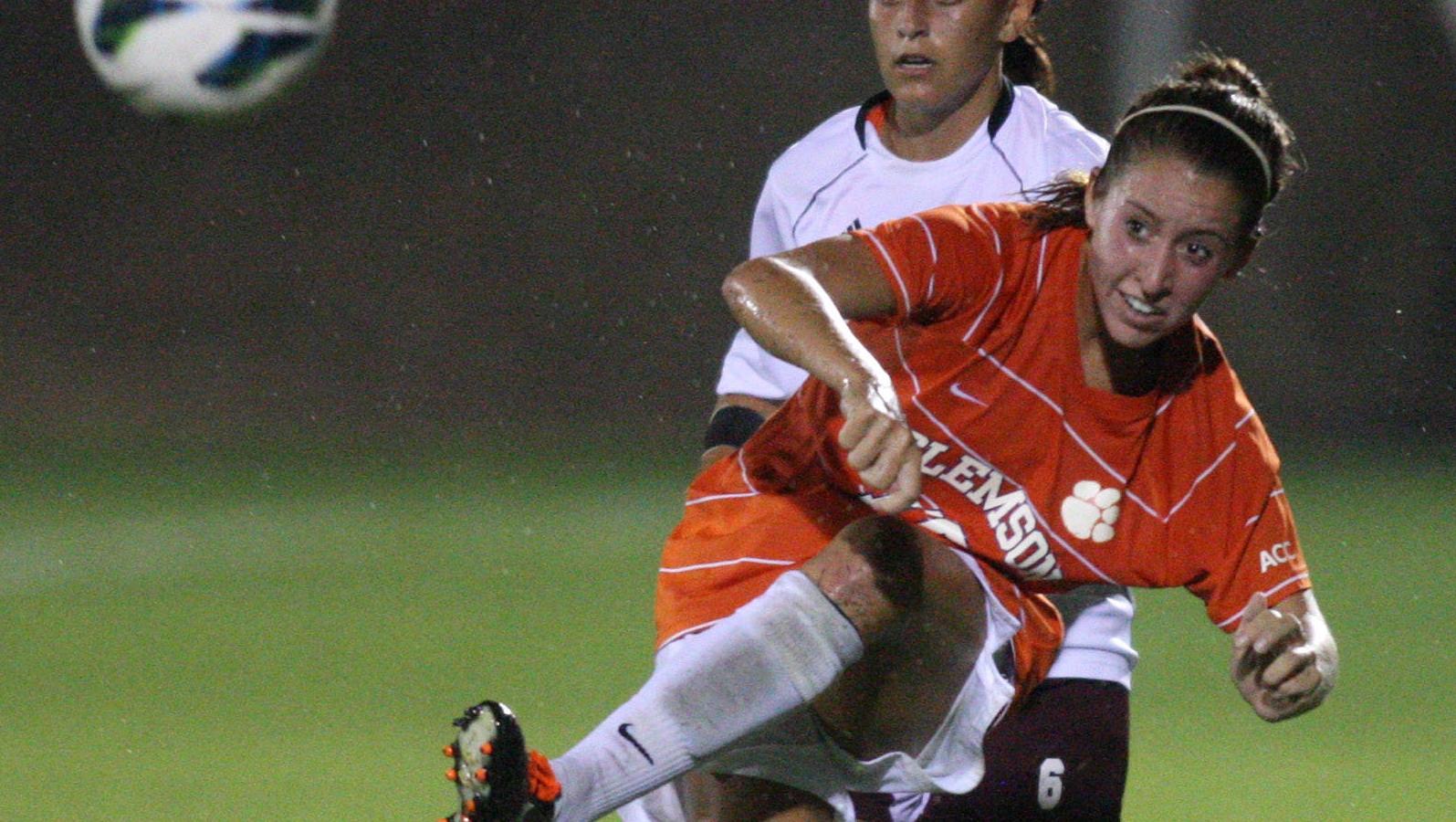 CLEMSON, SC – The Clemson women’s soccer team defeated Winthrop by a score of 2-1 on a rainy night at Historic Riggs Field on Monday.  The win improved the Tigers’ record to 5-1, while the Eagles fell to 1-2 with the loss.

The Tigers put the game’s first goal on the board less than five minutes in, at the 4:58 mark.  Senior forward Maddy Elder received a throw-in on the right side and dribbled along the baseline before sending a cross to freshman midfielder Jenna Polonsky.  Polonsky put the ball into the lower right corner of the net for her second goal of the season.

Junior midfielder Vanessa Laxgang scored Clemson’s second goal of the day in the 62nd minute of play.  Laxgang received a pass on the left side, made a move past her Winthrop defender and sent a shot into the right side of the net for her first goal of the year.

Winthrop kept fighting, and in the 82nd minute, cut the Clemson lead in half.  Devin Puckett netted the goal for the Eagles, which sailed into the top of the net, over the outstretched arms of Tiger freshman goalkeeper Hunter Rittgers.  Allie Vandewater and Grace Radler earned assists on the goal.

For the game, Clemson took 20 shots to Winthrop’s 11, and the Tigers had five corner kicks to the Eagles’ three.  Rittgers posted four saves in goal for Clemson, and Amelia Henderson recorded seven saves for Winthrop.

“I’m pleased to get the win, but I was hoping for a better response following our win on Saturday,” said Head Coach Eddie Radwanski.  “I feel that our play was a little bit lackluster today.  You also have to give credit to Winthrop.  They played well, especially in the second half.

“Part of our development though, is learning to respond after a big win and we did not do that well today.  Still, we did get the win.  Now we have to move forward, learn from this and come out playing better this weekend.

The Tigers will now hit the road for four straight games, and will face Davidson and Charlotte on the road on Friday and Sunday, respectively, before opening the ACC season at Boston College and Maryland next week.  Clemson’s next home contest will be on Sunday, September 23 against Virginia at 1:00 PM at Historic Riggs Field.