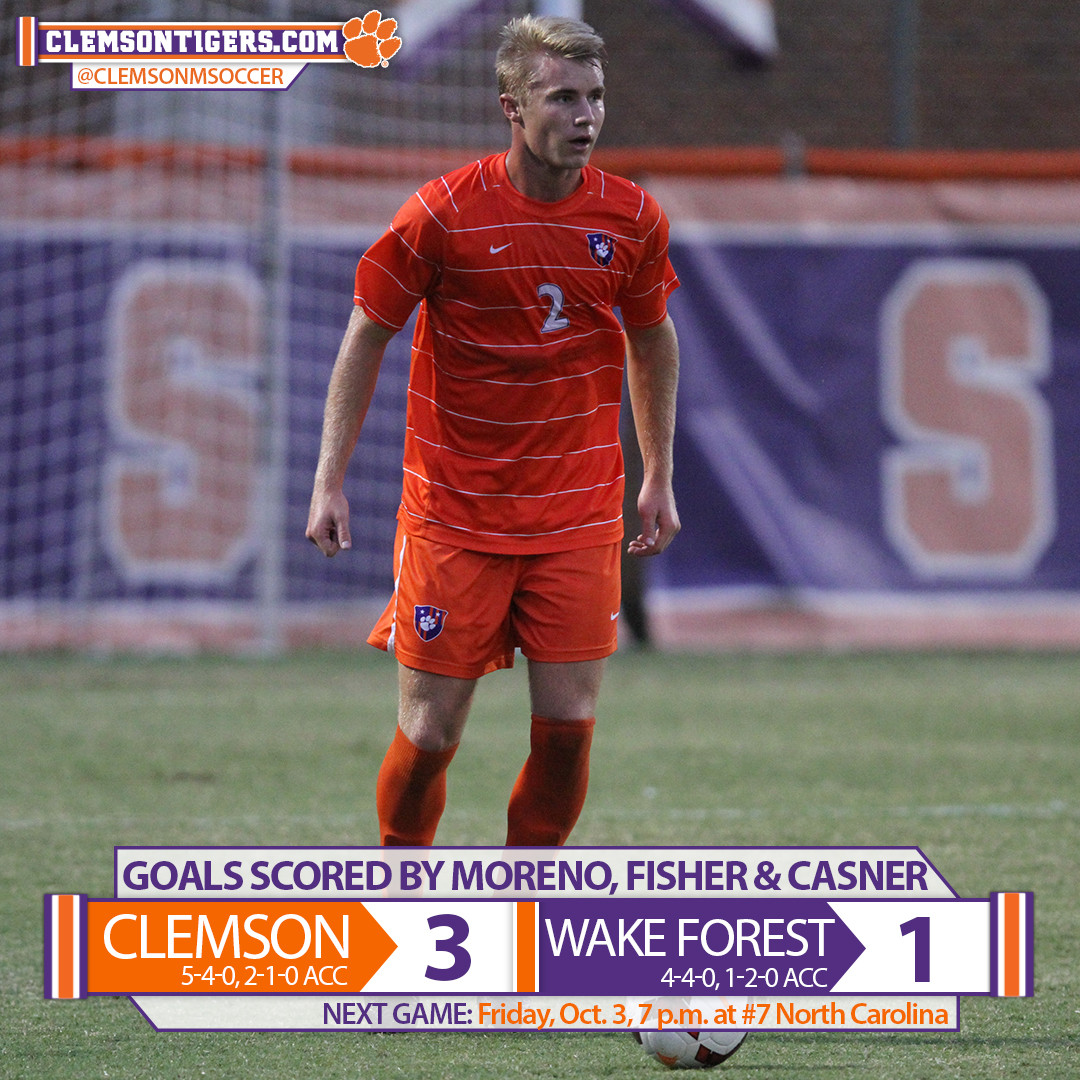 Wake Forest scored the game’s first goal in the eighth minute, when Tane Gent netted an eight-yard shot that was double-assisted by Michael Gamble and Hayden Partain. The Tigers knotted it at a goal apiece in the 27th minute when a cross by senior midfielder Manolo Sanchez connected with sophomore midfielder Thales Moreno inside the box. Moreno netted his third goal of the year on the play.

Junior defender Kyle Fisher gave the Tigers a 2-1 lead at the 54:24 mark. Senior midfielder Paul Clowes handled a free kick into the box, and Fisher’s header hit off the inside of the post before bouncing into the net. With less than two minutes remaining in the game, junior forward T.J. Casner capped off the scoring when he picked up a rebound off of an Iman Mafi shot and send it into the lower left corner of the net.

The game was physical, with 20 fouls whistled against the Tigers and 16 against Wake Forest, and four yellow cards issued to each team. Statistically, Clemson took 12 shots and two corner kicks to the Demon Deacons’ 13 and four. Sophomore keeper Andrew Tarbell recorded the win, posting three saves in goal for the Tigers.

Clemson returns to action Friday, Oct. 3 when they take on seventh-ranked North Carolina in Chapel Hill at 7 p.m.