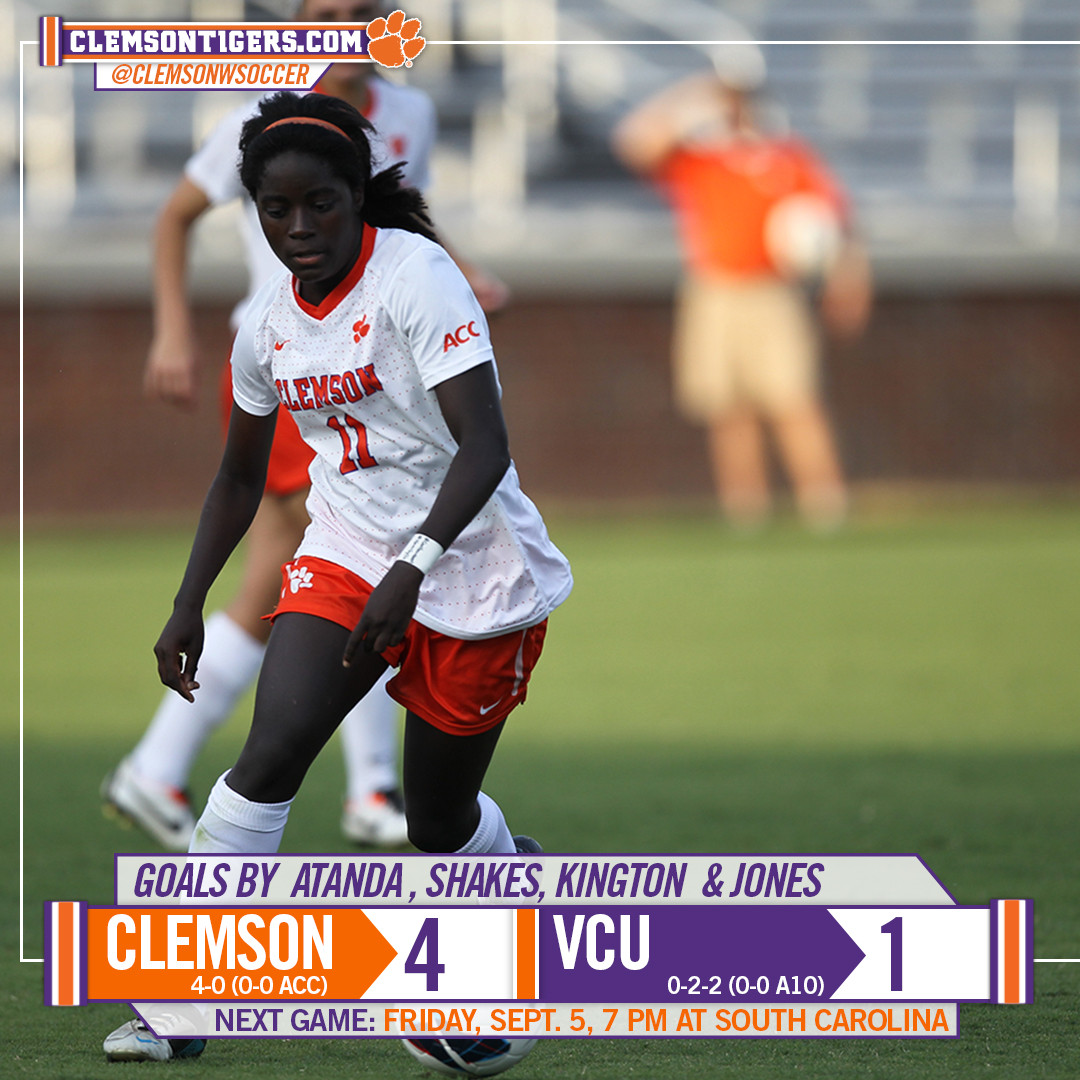 RICHMOND, Va. – The Clemson women’s soccer team continued its winning ways with a 4-1 victory against VCU in Richmond on Sunday. With the win, Eddie Radwanski’s team improves to 4-0 on the season, while the Rams fall to 0-2-2.

The Tiger offense saw goals from four different players in the win. Sophomore Catrina Atanda, after scoring two goals in Friday’s win over Elon, opened the scoring with a goal at the 28:26 mark. Redshirt sophomore Tina Shakes found the net at the 36:51 mark to give Clemson the 2-0 lead at the half.

Minutes into the second half, junior Allie Kington got in on the scoring to stretch the Tiger lead to 3-0. In the 65th minute, VCU’s Maren Johansen put the Rams on the board with a goal of her own. Sophomore Abby Jones came off the bench to score her first goal of the season four minutes later and put the Tigers up 4-1.

Sophomore Kailen Sheridan posted two saves and gave up one goal in the contest. The goal was just the second scored on the Tigers through four games.

Radwanski Quotes“This win was good for our momentum and confidence. When you are playing on the road, on a short turnaround and with temperatures in the high 90s, you have to find ways to play through it. The team did a nice job of that today.

“I was pleased to see us score on a couple of set pieces, with Catrina’s goal on a free kick and Allie’s off a corner kick.

“The kids played smart and with good concentration today. I’m proud of what they did today and what they’ve done so far to get the season off to a good start at 4-0.”