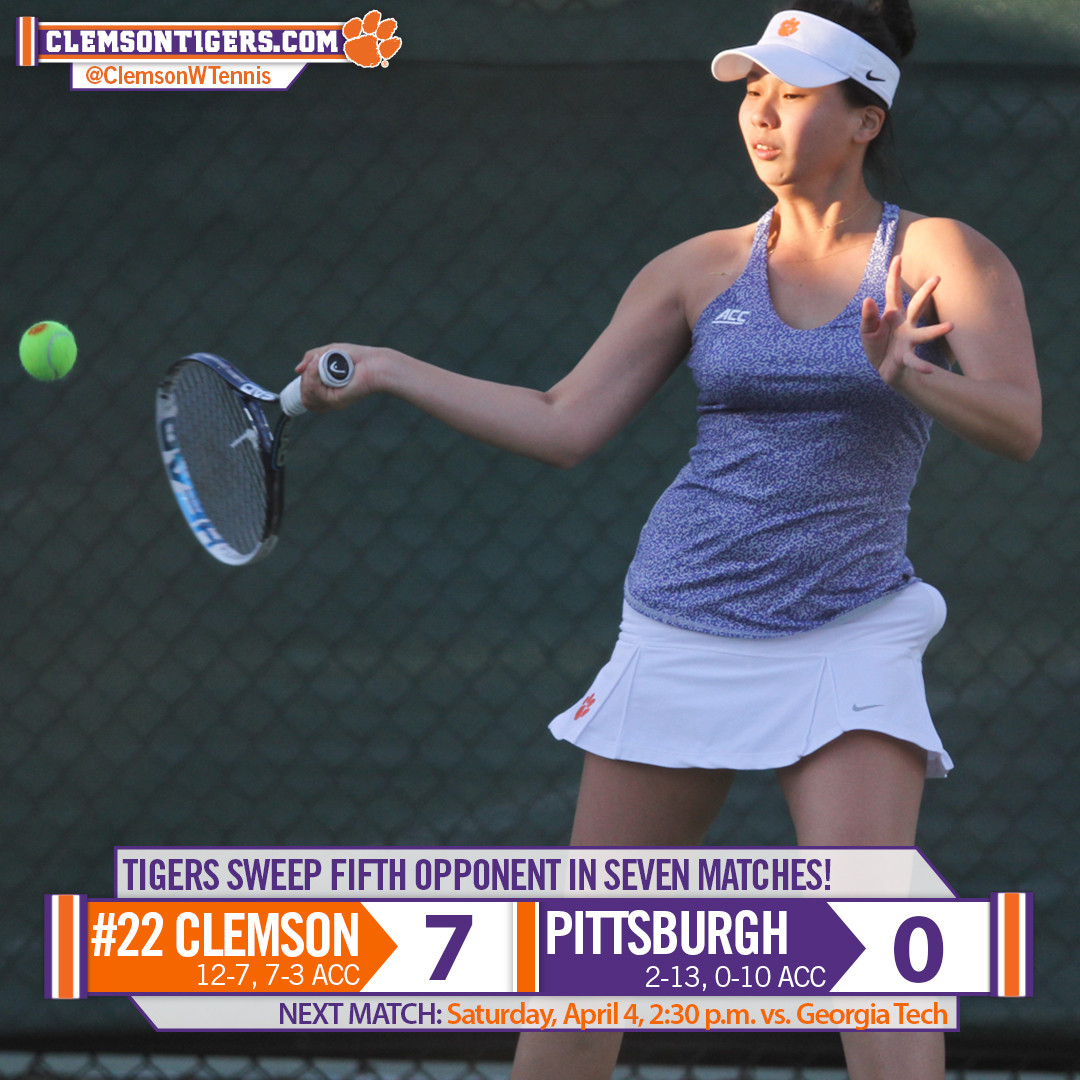 CLEMSON, S.C. – The 22nd-ranked Clemson women’s tennis team defeated Pittsburgh 7-0 on a sunny Friday afternoon at the Hoke Sloan Tennis Center. The win was the fifth time in the last seven matches the Tigers have swept the opponent 7-0. With the win, Clemson improves to 12-7 and 7-3 in the ACC while Pittsburgh falls to 2-13 and 0-10 in the conference.

The Tigers got out to a quick lead in all three doubles matches.  Clemson’s top duo of Beatrice Gumulya and Jessy Rompies, ranked third nationally, quickly defeated their Pittsburgh opponent 8-1 on court one. The doubles teams of Dewar and Koelzer and Eidukonyte and Ruiz were both out to large leads on courts two and three, respectively. Ultimately, 76th-ranked Dewar and Koelzer won 8-1 to seal the deal and clinch the doubles point for the Tigers. Eidukonyte and Ruiz led 7-4 but their match went unfinished.

The Tigers have a quick turnaround, returning to the courts at the Hoke Sloan Tennis Center Saturday at 2:30 against Georgia Tech.  At the conclusion of Sunday’s match, a winner will be drawn from the weekend’s frequent fan promotion.