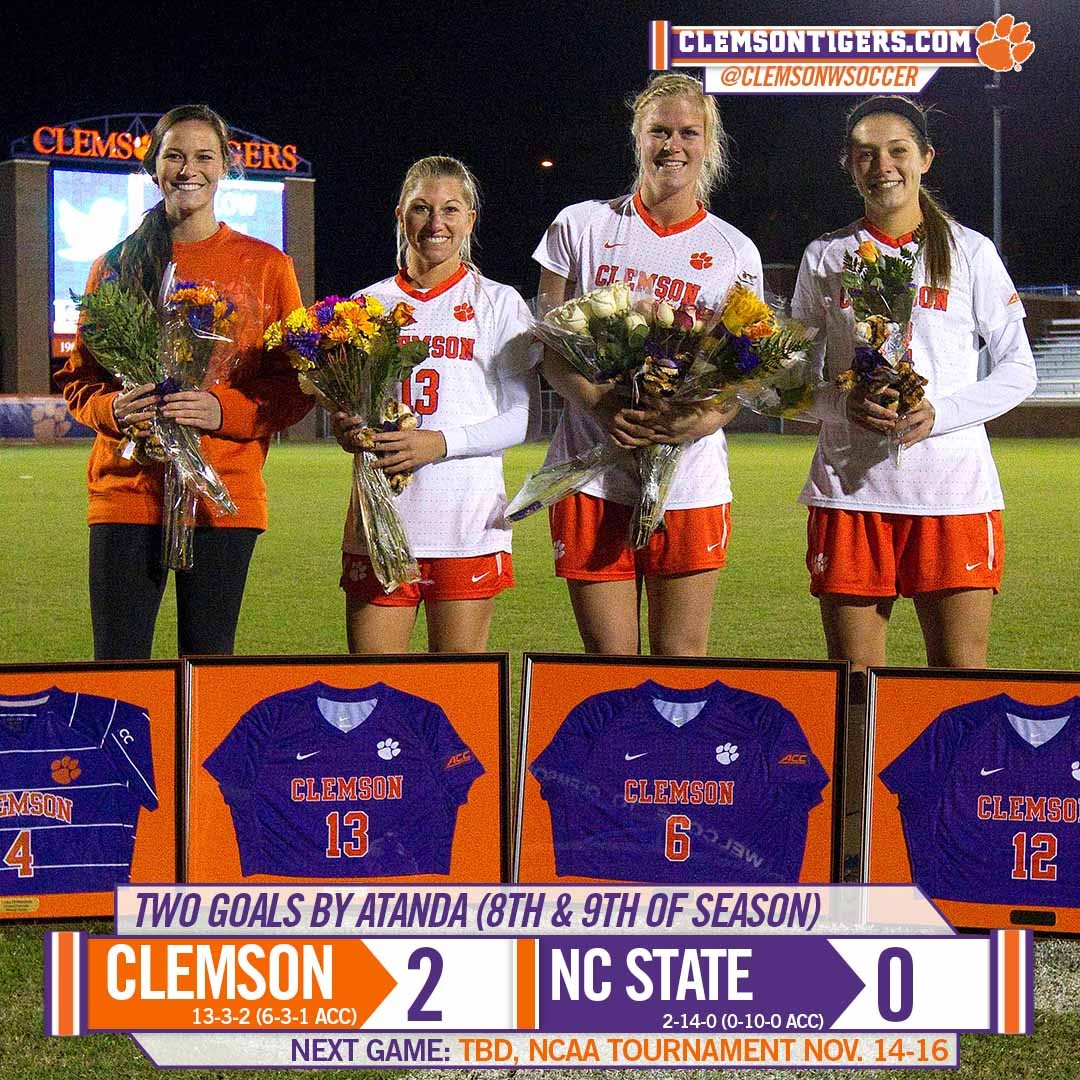 CLEMSON, S.C. – The 16th-ranked Clemson women’s soccer team defeated NC State 2-0 on a cold Saturday night at Historic Riggs Field. With the win, the Tigers improved to 13-3-2 and 6-3-1 in the ACC. It is the first time Clemson has recorded 13 wins in a season since 2002, and the first time the team has had 13 regular season wins since 2001. It is also the first time in the program’s 20-year history that the Tigers have recorded six ACC wins.

The game was Senior Night, and the final regular season game of the year for Clemson. Prior to the game, the Tigers honored seniors Morgan Campbell, Savannah Coiner and Katelyn Reeve. The game, scheduled for 7 p.m., didn’t get underway until 7:45 p.m. due to a power outage.

Once underway, it didn’t take long for the Tigers to get going. Sophomore Catrina Atanda netted two goals, her eighth and ninth of the season, less than 11 minutes into the game. First, Coiner sent a pass ahead to sophomore Paige Reckert, who headed it to back to Atanda for a shot from 25 yards out at the 2:54 mark. Eight minutes later, Coiner sent a long service to Reeve. Reeve headed it to Atanda who scored from 20 yards out into the top left corner of the net.

The teams played a scoreless second half, and the Tigers finished the game with 19 shots to NC State’s two and four corners to the Wolfpack’s zero. Clemson holds the all-time series advantage 16-5-4 over the Wolfpack and are now 8-1-2 against NC State at Historic Riggs Field.

Clemson finished fifth in the ACC regular season standings, the team’s best regular season finish since the 2006 team finished tied for fourth. This season’s ACC tournament only includes four teams. The Tigers will now await word about an NCAA bid. The selection show is scheduled for Monday, Nov. 10.