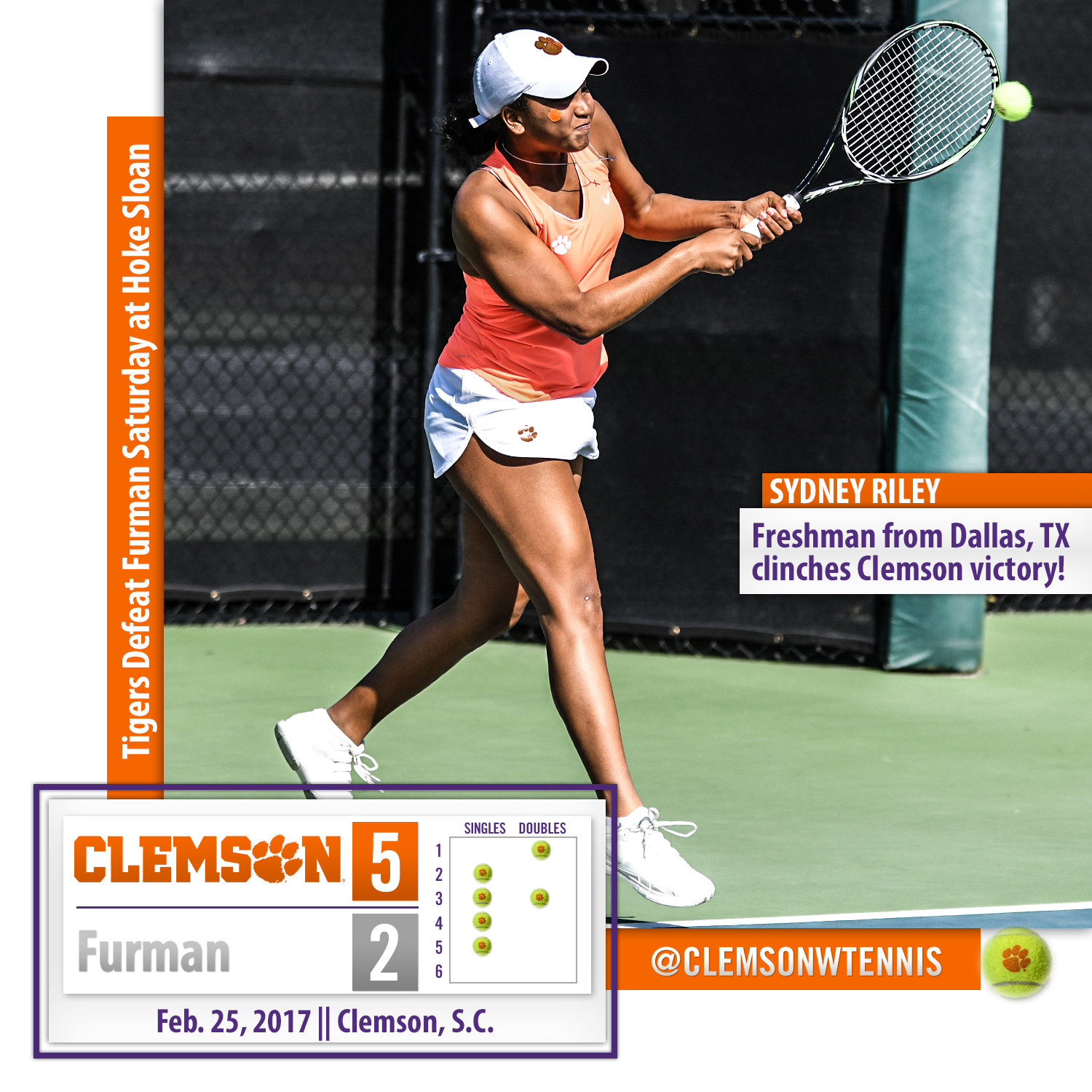 CLEMSON, S.C. – The Clemson women’s tennis team picked up a 5-2 victory over Furman on Saturday at the Hoke Sloan Tennis Center in Clemson, S.C. With the win, the Tigers improved to 3-5 on the season, while the Paladins dropped to 7-5.

Clemson started out the match by winning two matches to clinch the doubles point. Ayan Broomfield and Marie-Alexandre Leduc opened with a 6-4 win at No. 1. Then Fernanda Navarro and Daniela Ruiz clinched the doubles point, defeating their Furman opponent by a score of 6-3 at No. 3 doubles.

The Tigers return to Atlantic Coast Conference action next Friday, March 3 when they travel to Chapel Hill to face No. 3 North Carolina. The match between Clemson and the Tar Heels is set to begin at 3 p.m.