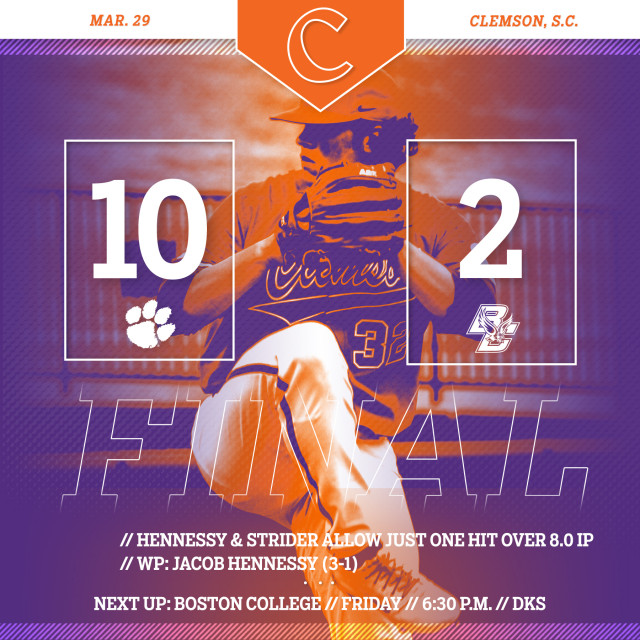 CLEMSON, S.C. – Sophomore lefthander Jacob Hennessy allowed only one hit and no earned runs in 6.0 innings pitched to lead No. 8 Clemson to a 10-2 win over Boston College at Doug Kingsmore Stadium on Thursday afternoon.

Robert Jolly started the scoring with a three-run double in the first inning. In the second inning, Chris Williams belted a two-out, two-run single to put Clemson up 5-1. The Tigers added two runs in the sixth inning, highlighted by Seth Beer’s run-scoring single with two outs. Beer, who had a game-high four RBIs, added a three-run homer in the eighth inning, his eighth long ball of the season.