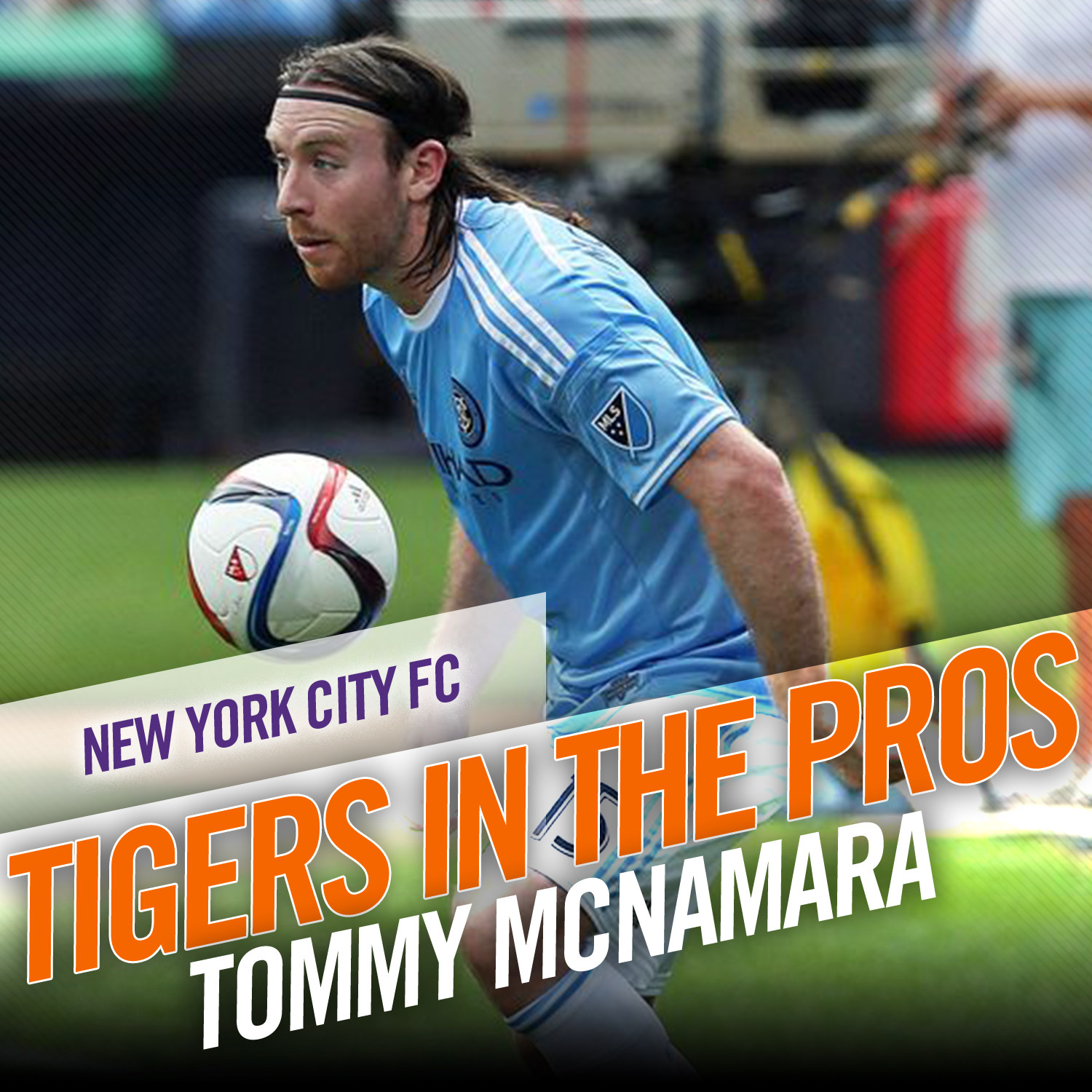 Tigers Continue to Impress During Preseason

CLEMSON, S.C.- Preseason is still in the early stages, games are starting to pick up and teams are starting to take shape. Clemson Tigers are making their debuts and some are continuing their success during the start of the 2016 preseason of professional soccer. As preseason picks up you can follow @ClemsonMSoccer to keep up with all of the latest news on your Tigers in the pros.

Andrew Tarbell is continuing to impress in the San Jose camp. With starting goalkeeper David Bingham away with the US National Team, Tarbell has been given time to impress early in preseason.

Kyle Fisher is wise beyond his years according to much of the Montreal Impact staff. “He looks like a player that’s been here for five years already,” Biello said. “He speaks and communicates like a veteran.” Said Head Coach Mauro Biello. Fisher says Biello hasn’t spoken with him yet about the sort of playing time he can expect this season, but the young defender says he’s not thinking that far ahead.

Paul Clowes is getting the opportunity to fill a need for DC Unuted “We got a guy that we liked from the start of the combine.” manager Ben Olsen said. Clowes is making a case for a spot at the number 6 position in midfield.

TJ Casner made his debut this past week for the Houston Dynamo against Portland Timbers. Casner nearly scored on his debut having a strike from twenty yards out, striking the cross bar. The Dynamo will be back in action tonight and you can watch at http://www.houstondynamo.com/live.

Amadou Dia looks to have an even more impressive 2016 season. In 2015 he started 18 of 27 appearances in all competitions and tallied three assists. Dia will be an asset out wide for Sporting Kansas City this upcoming season.

Phanuel Kavita saw most of his time at the USL ranks with the Real Monarchs. During preseason Kavita aims to claim a regular first team spot for Real Salt Lake.

Manolo Sanchez, an unsigned draft pick in preseason last year is impressing in camp for the second year in a row. Sanchez has scored again this preseason and continues to make a name for himself. Seeing most of his time with the New York Red Bulls II in the USL last year, Sanchez will look to break into the first team.

Tommy McNamara, a primary asset in the midfield for New York City FC going into this preseason camp. McNamara just recently celebrated his birthday and was welcomed to the social media world activating a Twitter account this past week. McNamara aims to secure his spot in the starting lineup for New York City FC during this pre-season.

Joe Bendik is fitting in well with his new team in Orlando City after being traded by Toronto this off season. Bendik will make a strong case to become the starting goalkeeper for Orlando City SC.

Ian Fuller is now a part of Minnesota United technical staff. Minnesota has expanded its technical staff with the addition of Fuller as an assistant coach. Fuller was most recently an assistant with Orlando City of Major League Soccer. “I’m thrilled to join an organization with a winning pedigree,” said Fuller. “I’ve gotten to know Manny Lagos and Carl Craig over the years and I’m excited to be working with two very talented coaches who have a lot of experience. We have an extremely talented and dynamic roster and I can’t wait to begin working with the players.”

Stuart Holden, a 03-04 team member at Clemson just had a huge week. Holden welcomed the newest member of the Holden family, Kennady Rose. Holden then announced his retirement saying, “As a father, I will face many of the same fears, challenges and inevitable rewards I faces in my professional career. However, this time I will have a beautiful little girl and an amazing wife to share every moment.” Holden spent time with Sunderland, Houston Dynamo and Bolton Wonderers in his time as a professional. He also was a well decorated United States National Team member.