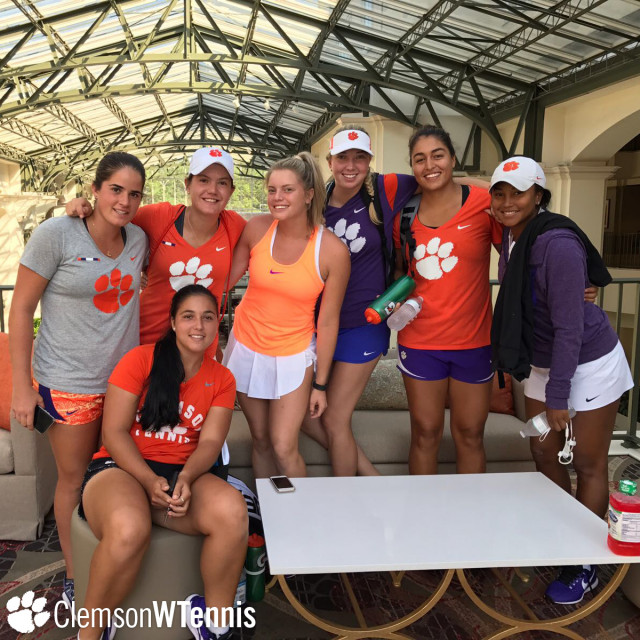 CLEMSON, S.C. – Five members of the Clemson women’s tennis team were in action at the Georgia Invite on Sept. 15-17 in Athens, Ga. The Tigers competed in singles and doubles against players from Georgia, Missouri and Vanderbilt in the round-robin event.

In singles action, Clemson went 4-1 against Missouri, led by Sydney Riley, who won a 7-5, 3-6, 1-0(8) decision over the SEC Tigers’ top player. Tate Schroeder, playing in her first competition for Clemson after transferring from Missouri, also defeated her Mizzou opponent. Constanza Gorches and Ally Miller-Krasilnikov also picked up singles wins in the competition.

Gorches and Daniela Ruiz went 2-1 in doubles play to lead the Tigers, recording wins over duos from Georgia and Missouri. Ruiz claimed a 6-2, 6-3 win over Vanderbilt’s Payton Robinette on the final day of singles play.

The Tigers return to action on Sept. 22-24 for the Debbie Southern Fall Classic hosted by Furman in Greenville, S.C