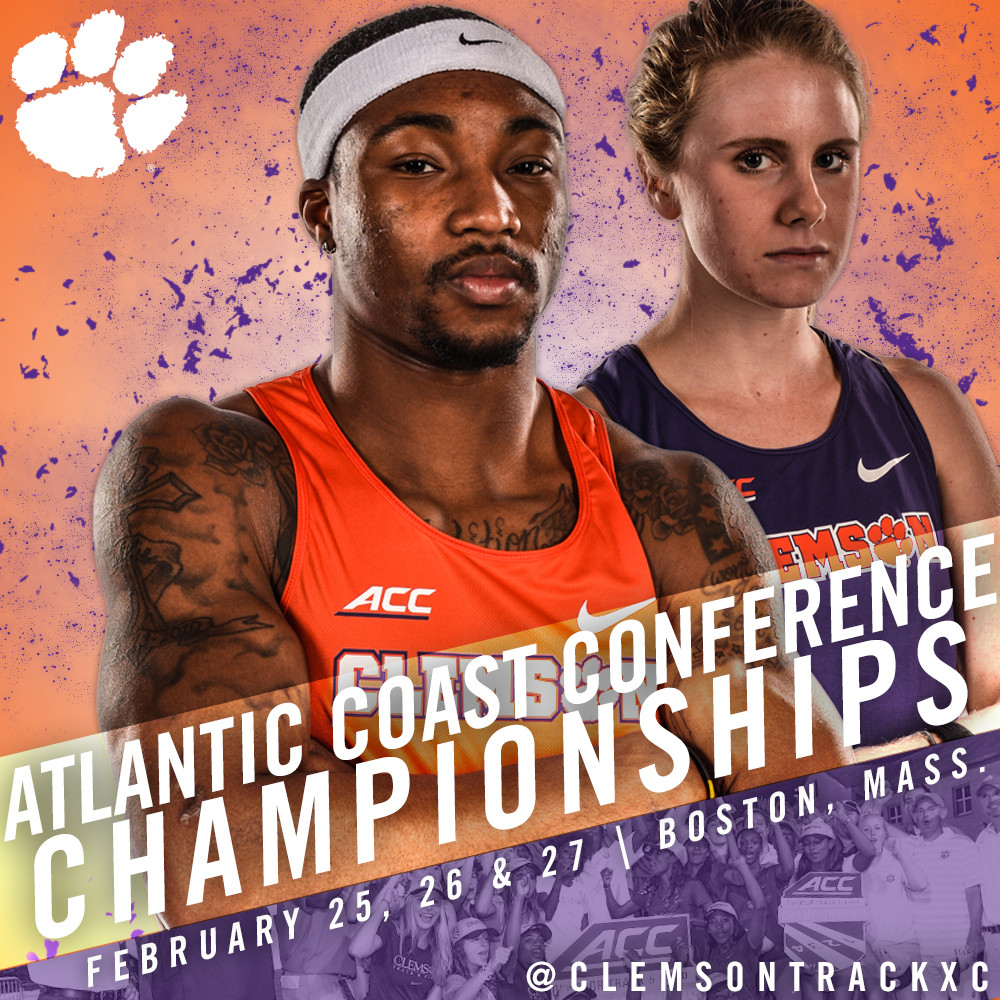 If you glance at the latest national track & field rankings, Clemson’s name doesn’t appear in the men’s or women’s top 25.

As his groups prepare to travel to Boston, Mass., for the ACC Indoor Championships this week, head coach Mark Elliott doesn’t seem to pay much mind to the rankings.

“Both teams are in a pretty good position as it relates to the championship meet,” he said. “The expectations are different for both team. As defending champions, our women are now the hunted. Our men are in search of our first ACC title in a long time, so we’re trying to embrace that underdog position.”

The Clemson women achieved the team victory last season at Virginia Tech, etching the school’s name on the indoor championship trophy for the fifth time in the last six seasons.

With three teams ranked ahead of the Tigers nationally, Elliott knows the women have their work cut out for them at the Reggie Lewis Center.

“Despite losing Natoya Goule, who was a front-runner for us last year, I think we’re deeper,” he said. “For the women, our keys to success will be in the sprints.”

That’s not a bad thing, considering the amount of talent Clemson has in the cupboard from the 60 to the 400. Myasia Jacobs is the ACC’s No. 1 ranked short sprinter, while Sabria Hadley is in the top three of the league in both the 60 and 200. Deja Parrish, another versatile contributor, is currently listed third in the 200 and fifth in the 400.

“In a lot of ways, Natoya overshadowed someone like Sabria, who had an outstanding outdoor season especially,” Elliott noted. “Sabria has stepped it up this season, and leads our sprint group along with Myasia.”

Perhaps no one is better suited to take over the front-runner role than Grace Barnett, who is blossoming into one of the nation’s top middle distance performers. Barnett was All-ACC in cross country last fall and in the mile last indoor season. She broke Clemson’s record in the mile — a record held by Ring of Honor member Tina Krebs since 1986 — with a top effort of 4:37.32. This past weekend, Barnett helped the distance medley relay to a school record and No. 4 national time at 11:00.44.

“With Grace, the biggest difference I’ve seen in her is that she now believes that she’s good,” Elliott said. “At first, we basically would tell her, ‘You know you’re pretty good, right?’ She can be a national level athlete.”

One of the top areas contributing to last year’s success was the jumps. Fortunately, for Clemson and jumps coach Chris Bostwick, the Tigers return all three of their top performers in Iana Amsterdam, Mimi Land and Anasterasia Terrell. The trio accounted for 34 of Clemson’s 102 points at the 2015 ACC Indoor Championships.

The men’s program is in search of Clemson’s first ACC Championship of any kind since the 2004 team won an outdoor crown. The Tigers’ last indoor championship in men’s track & field came two years prior to that.

“The men are in a position to contend, but we need to get a few breaks,” Elliott admitted. “We have a realistic chance to earn points in some new areas for our program, including the 800 meters.”

One of the top newcomers in either program is John Lewis, a freshman from Cheltenham, Pa. The 800-meter specialist ranks in the top five of the ACC and has already staked claim to the No. 2 spot in Clemson’s record books with a time of 1:49.39.

Elliott has high expectations for the sprints on the men’s side as well. Tevin Hester returns after sharing Most Valuable Performer honors at the meet a year ago. He was narrowly defeated in the 60, but came back less than an hour later to win the 200. Now a senior, Hester ranks atop both events in the ACC this season.

The 400 meters was an area of strength last outdoor season, but inconsistency from a young group affected Clemson’s score at the indoor meet.

“That wasn’t a fruitful area for us last indoor season, but we know we have the ability in the area with the likes of Jeffrey Green, Michael Cheeks and Cordell Lamb,” Elliott said.

The three all rank within the top seven of the ACC, with Green holding the top spot after running 46.74 at the Tyson Invitational earlier this month.

The horizontal jumps are a strength for the men as well. Shai Carpenter set the Clemson indoor record earlier this year with a leap of 52-6, and the redshirt senior has his sights set on an ACC title in his final go-around. Clemson has not produced an ACC Indoor Champion in the men’s triple jump since Bryan Williams in 1999. But this promises to be the Tigers’ best shot in years.

The action begins Thursday and concludes Saturday. Fans can follow the action live on ESPN3 from 5-8 p.m. Friday and from 1-4 p.m. on Saturday. Live results will be available at FlashResults.com as well.