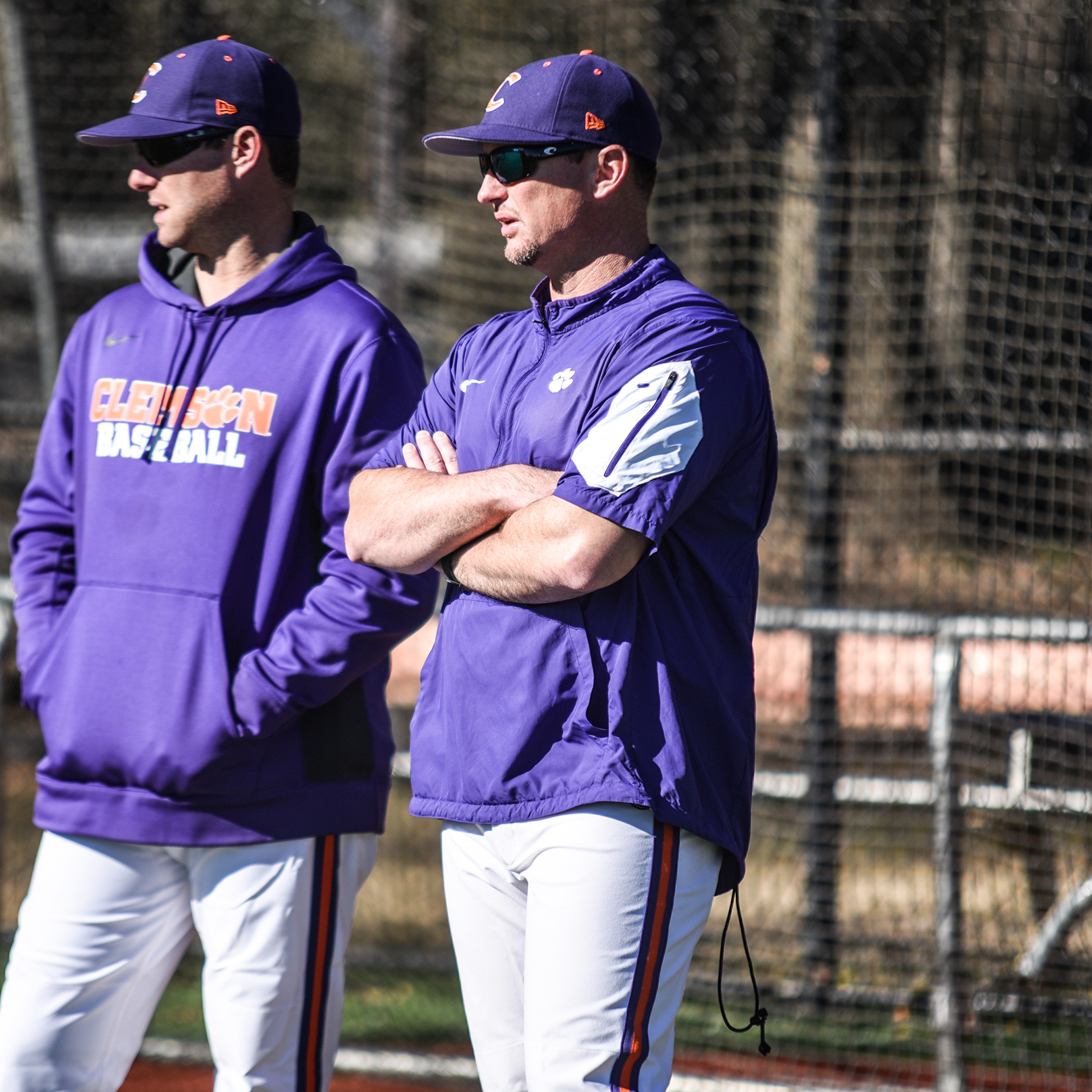 CLEMSON, S.C. – It was perfect weather for baseball on Friday afternoon as Clemson took the field for its first full-squad practice of 2016. The excitement was tangible at Doug Kingsmore Stadium amongst new head coach Monte Lee and his players, with opening day only three weeks away.

“I’m very excited for this weekend,” said the first-year head coach. “There’s a lot going on. I think it was June 18 when I got hired, and I said ‘I can’t wait until the first fall practice.’ And then when that went by, you’re thinking ‘the spring will be here before you know it…I can’t wait until our first spring practice.’

“Our guys have worked so hard to get to this point. We’ve got our baseball banquet tomorrow night, so our fans get to come out and meet the guys. It’s a big weekend for us. It’s very, very exciting for me. I’m very grateful to be here and have this opportunity, and I can’t wait to see our guys compete this weekend.”

Adding to the enthusiasm for the season is the debut of the new player facility, which features a state-of-the-art lockerroom, an auditorium and a player-favorite ping-pong table, among other features. Returning shortstop Eli White said that players regularly can be found studying or just hanging out in the space, and Lee reiterated that it is a place where team chemistry is fostered.

“I try to provide an environment for our players where they feel comfortable,” said Lee. “My number-one goal is that every day that they come to Doug Kingsmore Stadium, they’re excited about being here. You’re not going to have success if your players dread coming to practice. They’ve got to come out here excited about the opportunity to practice and compete and get better.

“You look at this baseball center that we have here for our players…they love coming here. You’ve got more big-screen TVs than any place I’ve ever seen. You’ve got a world-class ping-pong table, and it is getting worn out on a daily basis. Our guys hang out here and they live here for the most part. Instead of hanging out at their apartments, I have to kick them out of here.”

Senior righthander Clate Schmidt joked that he is, without a doubt, the best ping-pong player, and that the players, “love being able to rest, relax with each other in there and play some ping-pong. We have a doubles tournament that gets to the point where we’re bashing each other out of the way to hit, so it’s been fun.”

As nice of an asset as the player facility is off the field, players and coaches alike were quick to acknowledge work needs to be done on the field before opening day. Despite preseason projections, the players are eager to prove pundits wrong when it comes to the 2016 Tigers.

“We don’t want to admit that we don’t notice (preseason picks), but of course we do,” Schmidt said of the Tigers, who were picked to finish fifth in the ACC Atlantic Division by the league coaches. “The thing is, we like to be the underdogs. We like people to not pay attention to us, because if you’re not paying attention, when we start playing, you’re going to be surprised. And that’s something we’re really excited about.

“I know everyone thinks we’re going to be fifth in our division, but it’s just a number. By the end of the season, it can change drastically. Look at the College Football Playoff…we had teams that weren’t high in the initial ranking that were in there by the end. So we’re excited to get it going and see where we stand.”

“The season starts today,” added Lee. “Now it’s time to cross the white lines and start competing against each other and solidify some jobs going into February 19. I think we’re in season mode right now. Our guys are chomping at the bit to get out here and compete.”

The team will hold intrasquad scrimmages on Saturday at noon and Sunday at 1 p.m., and officially open the season on February 19 against Maine at 4 p.m., at Doug Kingsmore Stadium.