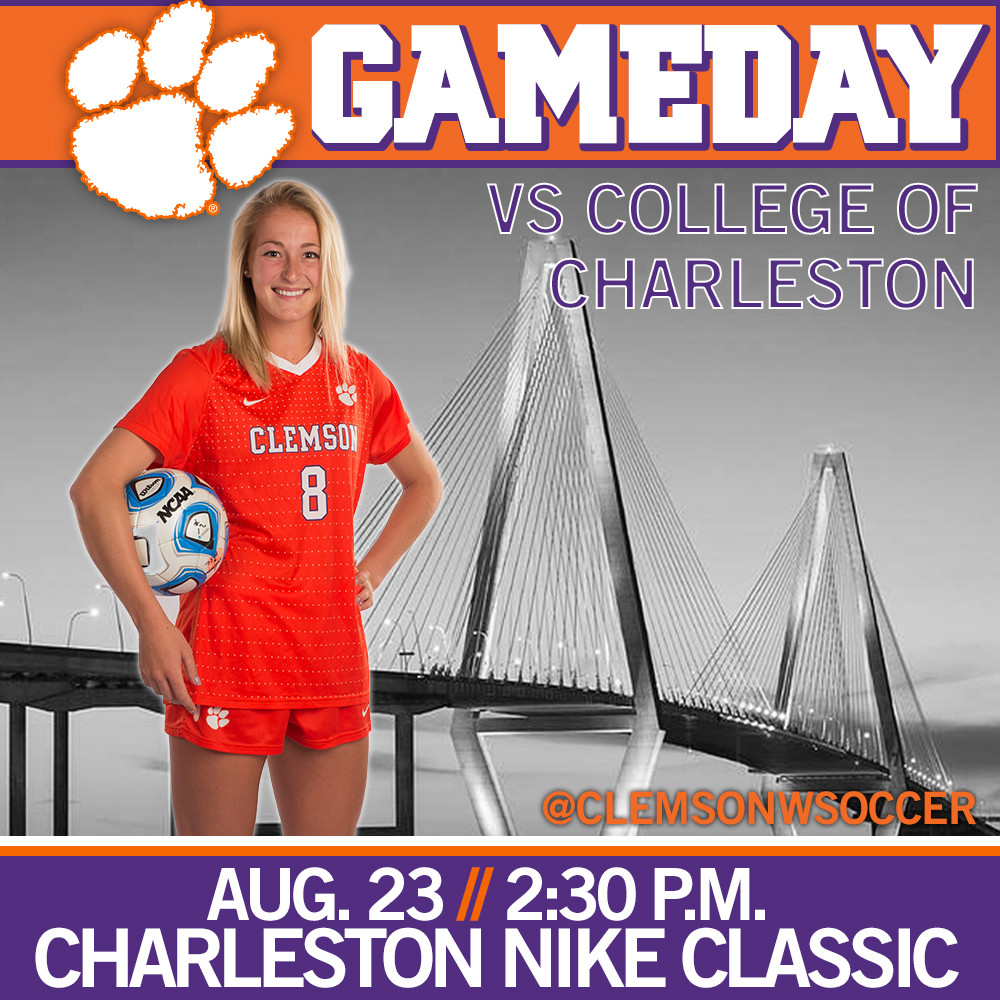 Tigers Begin Season With Matches Against Texas and Charleston

CLEMSON, S.C. – The Clemson women’s soccer team travels to Charleston, S.C. for two matches to start the 2015 season. The Tigers face Texas on Friday, Aug. 21 at 5 p.m. in the first game of the Charleston Nike Classic before facing College of Charleston on Sunday, Aug. 23 at 2:30 p.m. Both games will be played at the Patriots Point Athletics Complex in Mt. Pleasant, S.C.

The Tigers, ranked 22nd in the NSCAA preseason poll return nine starters from last season’s NCAA Tournament team, including the top five goal scorers from the 2014 squad. Clemson finished the 2014 season 13-3-3 and made the NCAA Tournament for the first time since 2007. Eddie Radwanski’s team allowed just 10 goals in 2014, the fewest in school history.

The 2015 Texas women’s soccer team returns 18 players from last season, including seven starters and last year’s top goal scorer. The Longhorns finished the 2014 season with an 11-8-4 record and advanced to the second round of the NCAA Tournament. The Tigers and Longhorns have not faced since 2004 when Clemson won 1-0 to tie the overall record for the teams at 1 game apiece.

For the second game of the weekend the Tigers face the host school, College of Charleston. The Cougars return 13 players from 2014, including seven of their top eight goal scorers from a year ago while adding 12 members this offseason. Clemson leads the series against College of Charleston 3-0 and haven’t played since 2003 when the Tigers defeated the Cougars 6-0 at home.