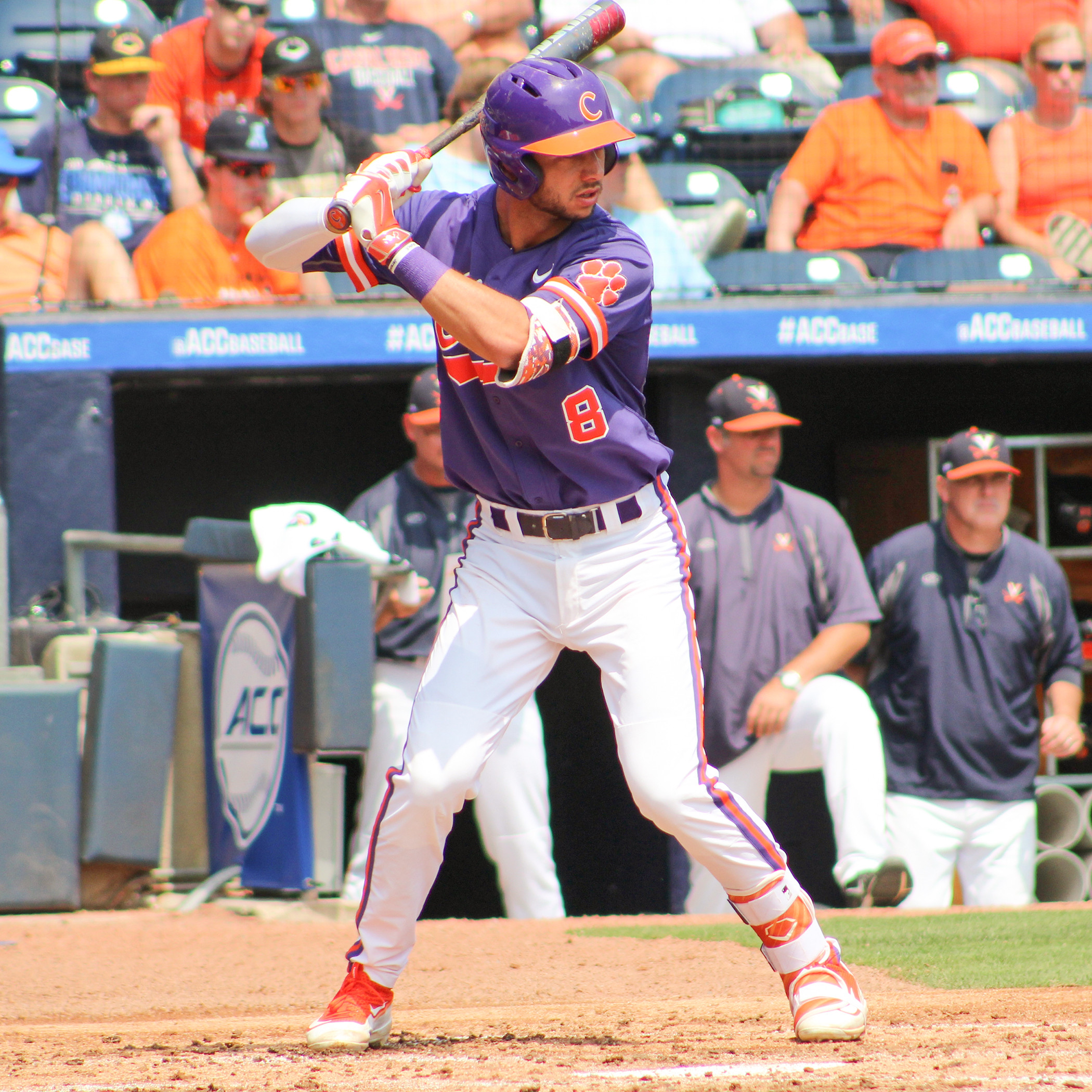 Tigers Begin on the Right Foot

DURHAM, N.C. – Virginia may have been an unfamiliar opponent for the Tigers on Thursday in their first ACC Tournament matchup, but Clemson defeated the defending national champions with a rather familiar looseness and confidence.

The Cavaliers were the only team in the 2016 ACC Tournament field that Clemson had not faced during the regular season, and Virginia head coach Brian O’Connor was impressed with what he saw from head coach Monte Lee’s Tigers.

“I’m really impressed,” expressed O’Connor of the job that Lee has done in his first year. “Certainly everybody in the room knows how great of a job coach Lee has done prior to coming to Clemson. We are sharing a hotel with them, and we’ve done that two years in a row, and watching them play and certainly watching a handful of games on television in preparation for this game, they play the game the right way. They play the game tough. It looks like his team is a loose, confident bunch, which is certainly what you want to be this time the year. You’ve got to have good players, and they have got good players. Certainly, that middle of the lineup is as tough as you’ll see in college baseball, but it looks like they are having fun playing the game. And so credit to him and his players.”

Lee has emphasized the importance of looseness amongst his players since before the season even started, and he said that the quality being recognized by a coach of O’Connor’s caliber was a major compliment.

“It’s very gratifying,” said Lee of O’Connor’s sentiments. “Coach O’Connor is one of the best coaches in the country, and Virginia is one of the best programs in the country. For him to say that about our players means a lot to me, and we try to practice what we preach. We want to be confident, loose and aggressive every single day when we play the game, and if we can bring that mentality to the ballpark every day, we give ourselves a chance to win. We’re not going to let fear of failure or frustration get the best of us. We’ve just got to keep plugging away and keep competing.”

The Tigers face tough competition in their second game of the tournament in No. 3 Louisville and its ace, Brendan McKay. The sophomore lefthander is 11-2 with a 1.99 ERA, and Lee knows his squad will have to be at its best if the Tigers want to remain undefeated in tournament play.

“Virginia is a big win for us,” stated Lee. “We’re really trying to take a three-game series mentality…try to win game one and put yourself in a position to win the series. Even though it is a tournament, and it is different, we still have to play that way.