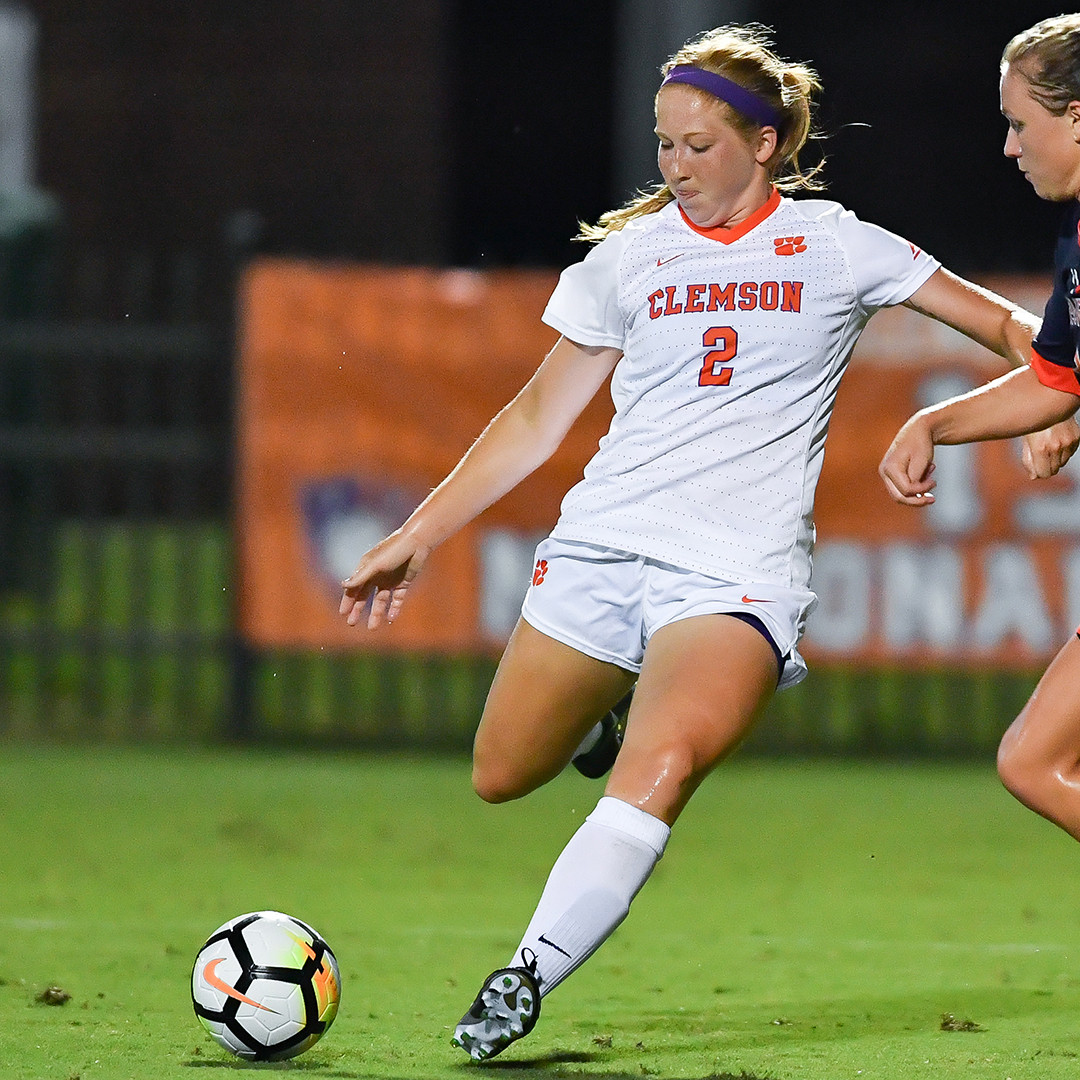 “First half quality wasn’t where we wanted it to be,” said Head Coach Eddie Radwanski. “In the first half, we gave the ball away too carelessly. To NC State’s credit, they had a moment, were hungry and wanted it. We had our own moments, but were unable to capitalize on them. In the ACC, it is a fine line and the little things make a difference. All in all, it came down to a moment, and State took advantage. Now we regroup and get ready for a very good Wake Forest team on Sunday.”

In the first half, the Tigers had several great opportunities to grab the lead early, with the best coming in the 15th minute as Shannon Horgan sent a cross into the middle of the box from the left side, finding Sam Staab. Staab headed it towards the back post, but a diving Sydney Wootten came up with the save.

In the 31st minute, Kia Rankin converted an NC State corner kick from inside the six-yard box to give the Wolfpack a 1-0 lead that they carried into the half.

In the second half, Clemson came out strong. Miranda Weslake led the charge, with two great opportunities, both just missing high. The best opportunity for the equalizer came at the 65-minute mark, when an NC State foul set up a set play for the Tigers. Staab took the free kick, sending it into the six-yard box and finding Weslake, who redirected the serve towards the cage. Wootten punched it away but State was unable to clear it, allowing Abigail Mitchell a chance to fire a shot off that just missed high. In the final two minutes, the Tigers had several opportunities off two set pieces and were just shy of scoring the equalizer.

For the match, NC State outshot Clemson 12-11, and 5-4 in shots on goal. The Tigers earned five corner kicks, while the Wolfpack had four. Sandy MacIver faced 12 shots and recorded four saves in the 90 minutes of play.

The Tigers return to action on Sunday, Oct. 22 as they host Wake Forest at Historic Riggs Field. The match is slated for a 1 p.m. start.