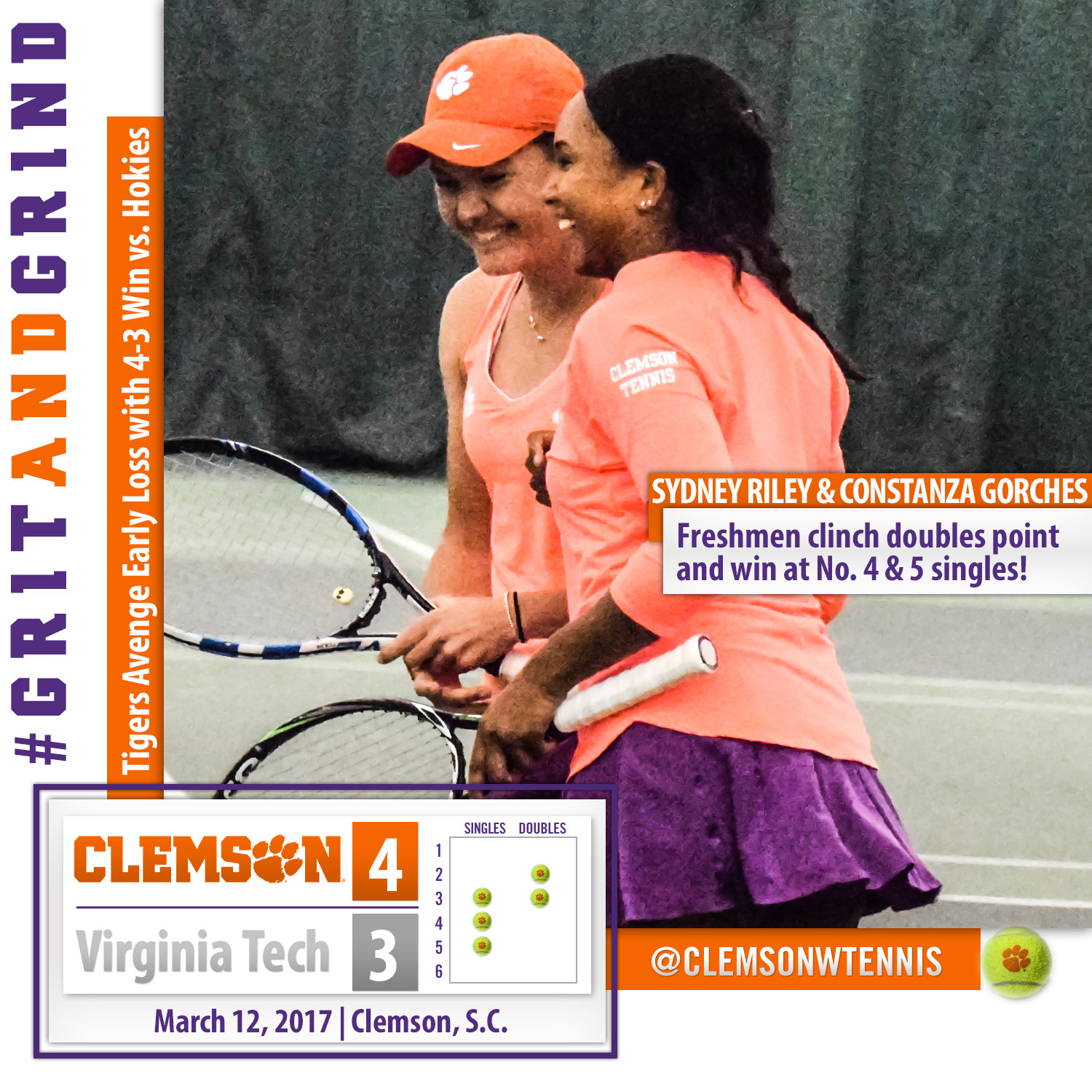 CLEMSON, S.C. – The Clemson women’s tennis team avenged an early-season loss to Virginia Tech, defeating the Hokies 4-3 on Sunday afternoon at the Clemson Indoor Tennis Center. The two teams previously met at the ITA Kick-Off Weekend on Jan. 28 in Nashville, Tenn., a 4-2 Virginia Tech win. With today’s win, the Tigers improve to 5-7 (2-3 ACC), while the Hokies drop to 7-5 (0-3 ACC).

Sophomore Fernanda Navarro and junior Daniela Ruiz opened up doubles play with a 6-0 victory at No. 3. It was the fourth-straight doubles win for the duo. Virginia Tech picked up a 6-2 win at No. 1 doubles, leaving the result of the doubles point down to Court 2. Freshmen Constanza Gorches and Sydney Riley, playing together for just the second time this season, picked up the 6-3 win to secure the point for the Tigers.

Clemson is on the road for their next match, at Syracuse on Friday, March 17. It will be a 2 p.m. first serve between the Tigers and Orange in Syracuse, N.Y. On Sunday, March 19, the team returns home to host Pittsburgh at 12 p.m.