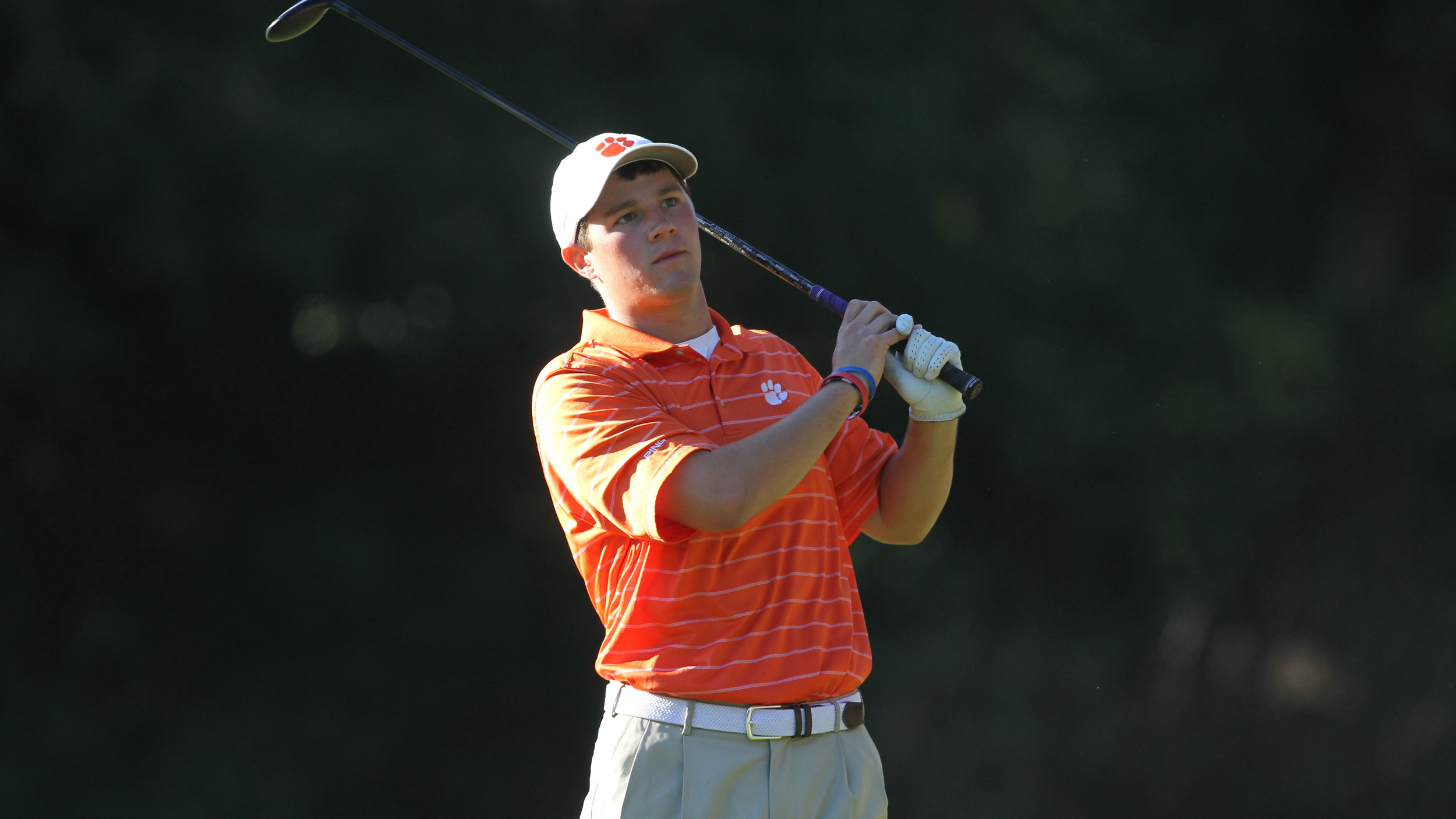 Clemson, S.C.-Larry Penley’s Clemson golf team returns to the course this coming Saturday and Sunday at the Linger Longer Invitational at Reynolds Plantation in Greensboro, Ga. The Tigers are one of 15 schools participating in the event that will be played on the par 72 Great Waters Course that is 7,073 yards.    The teams will play 36 holes on Saturday and 18 on Sunday.

Among the schools in the field are #1 Alabama, #5 Georgia and #13 Oklahoma. The Tigers are ranked 22nd in the latest Golfweek/Sagarin rankings.  Also in the field are Charlotte, Chattanooga, Furman, Kennessaw State, Liberty, Mercer, Michigan State, North Florida, South Alabama, Southern Mississippi and Yale.   Clemson has had a strong performance so far this spring with a fourth-place finish at the Puerto Rico Classic and first place at the Cleveland Golf Palmetto Classic.  The only teams to finish higher in Puerto Rico were ranked in the top seven in the nation.  A Clemson golfer has won each of the last two medalist honors.   The Tigers take a lineup that features four sophomores and a freshman to the Linger Longer Invitational.  Miller Capps is the top player in terms of stroke average with a 72.39 figure. The native of Denver, N.C. won the Puerto Rico Classic and has shot 68 or better in three of his last six rounds.   Austin Langdale is coming off a victory at the Cleveland Golf Palmetto Classic. The freshman was the only player in the field to shoot even par and he was just the second Clemson freshman since 2000 to win medalist honors at any tournament. For the year Langdale has a 72.73 stroke average, third best on the team.   Stephen Behr is second on the team in stroke average for the year at 72.67, including a team best 71.17 average in final rounds.  Behr was a season best ninth place individually at the Cleveland Golf Palmetto Classic.   Cody Proveaux is a fourth Clemson regular with a stroke average at 73.0 or better. The native of Leesville, S.C. has been among the most consistent players on the team with 15 rounds out of 18 at 75 or under. Proveaux has consecutive top 25 finishes this spring and seven rounds at par or better.   Blake Kennedy is a sophomore who will make his second appearance of the season at this weekend’s tournament.  The native of Spartanburg, S.C. shot 68 in the final round of the Cleveland Golf Palmetto Classic to help the Tigers to the team victory.  He finished in a tie for ninth on an individual basis.   Fans who wish to follow the tournament scoring can go to http://www.golfstatresults.com/public/indexh.cfm?tournament_id=5205   For fans who wish to attend the tournament, the address for Great Waters Course at Reynolds Plantation is 1000 Vista Drive, Greensboro, Ga. 30642.