CLEMSON S.C. – Clemson women’s soccer coach Eddie Radwanski announced the Tigers’ upcoming spring schedule, which is headlined by a match against an NWSL team. The first home match takes place on Feb. 22 against Furman at 6 p.m.

After hosting Furman at the end of February, Clemson will play host to Auburn on March 2 in a 1 p.m. match at Historic Riggs Field. The two teams did not meet during the regular season but did face each other during the 2018 preseason. On March 9, Clemson will travel to Cary, N.C. to face the NC Courage, the match will start at 12:30 p.m.

The Tigers then travel to Alabama on March 30 for a 1 p.m. start, before concluding the spring season, when the Tigers host USC Upstate and Georgia State on April 13. It will be a round-robin format with all three schools squaring off at either Historic Riggs Field or the soccer practice fields on the Clemson campus.

Clemson finished the 2018 season with a 12-9 record, advanced to the semi-final round of the ACC Tournament, and earned an NCAA Tournament bid for the fifth consecutive year. 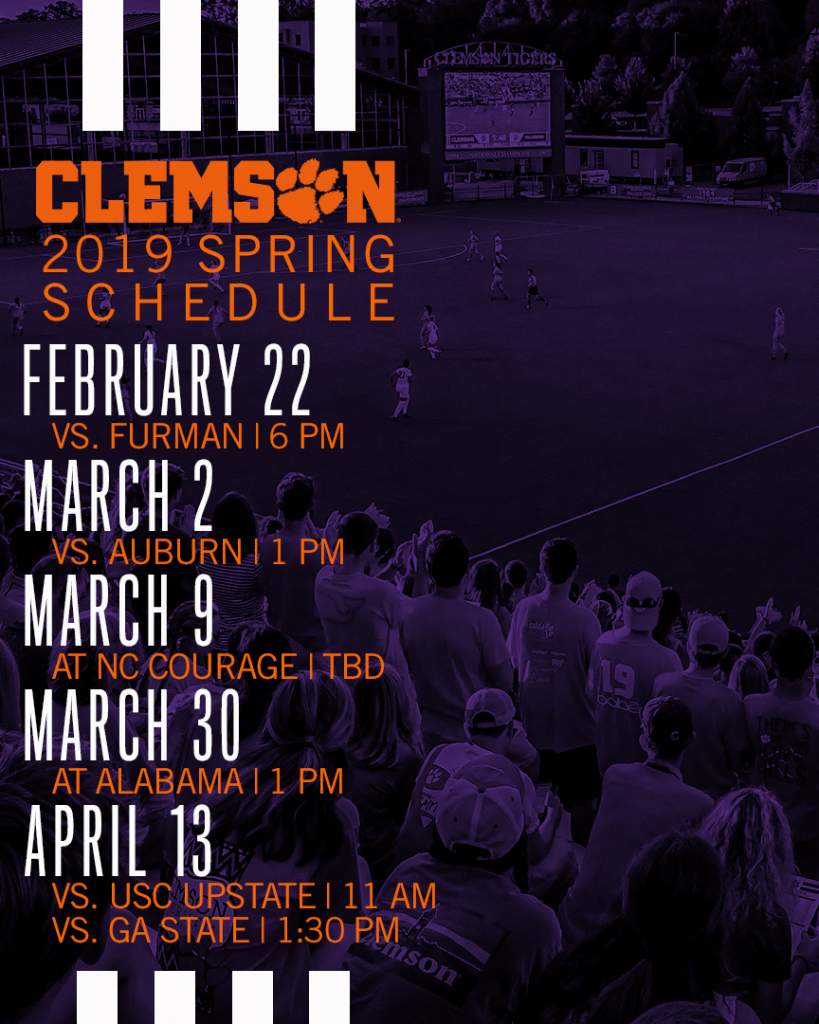