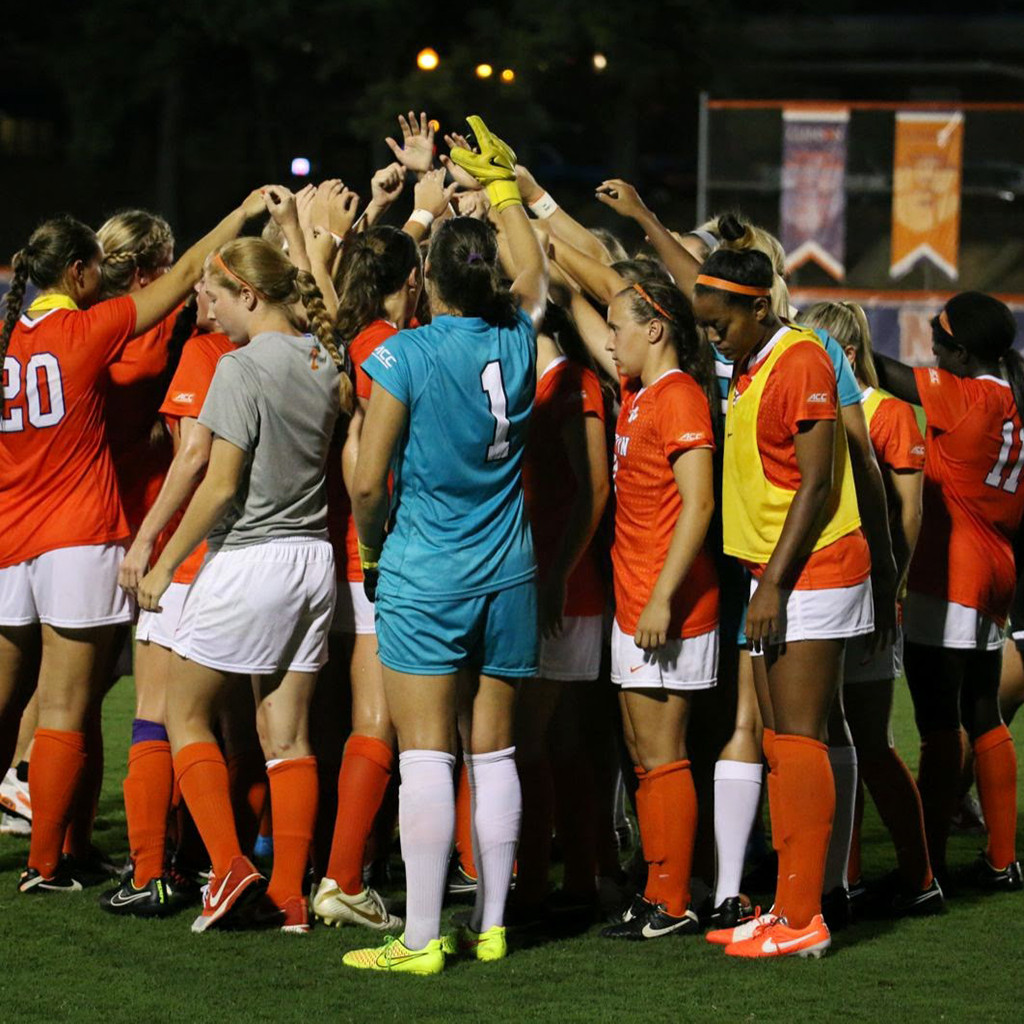 Tigers and Gamecocks Tie in NCAA First Round, Gamecocks Advance on Penalty Kicks

COLUMBIA, S.C. – The 22nd-ranked Clemson women’s soccer team played 18th-ranked and No. 3-seeded South Carolina Gamecocks to a scoreless double overtime tie in the first round of the NCAA Tournament on a cold Friday night at Stone Stadium in Columbia, S.C. The Gamecocks advanced after winning the penalty kick round by a score of 4-3.

With the tie, Clemson finishes the 2014 season at 13-3-3. It was an impressive season for the Tigers, who made their first NCAA Tournament appearance since 2007 and won 13 games for the first time since 2002. South Carolina moves to 13-5-4 and faces the winner of Washington State and Seattle on Friday, Nov. 21 in the NCAA Second Round in Chapel Hill, N.C.

The game was the first postseason matchup between the two programs. Clemson now has a 12-8-1 all-time record in the series against South Carolina, including a 5-5-1 record in matches played in Columbia. The Tigers’ fifth all-time win in Columbia came earlier this season, when the Tigers won a 1-0 contest at then-ninth-ranked South Carolina on Sept. 5.

The 110 minutes of scoreless soccer were a physical, defensive battle. There were only eight shots taken in the game (five by South Carolina and three by Clemson), and only five corner kicks (three by the Tigers and two by the Gamecocks). There were 16 fouls called on each team.

Sophomore goalkeeper Kailen Sheridan held the Gamecocks scoreless for the second time this season, for a total of 200 minutes (110 minutes tonight and 90 minutes in the first meeting in September). The shutout was her eighth solo shutout of the season.

The teams swapped goals in the first two rounds of penalty kicks as Catrina Atanda and Sheridan netted goals for the Tigers. In the third and fourth rounds, Claire Wagner and Gabby Byorth’s shots were saved by First-Team All-SEC goalkeeper Sabrina D’Angelo after the third and fourth South Carolina players made their shots, clinching the penalty kick round for the Gamecocks.