CLEMSON, S.C. — The No. 9 Clemson men’s soccer team (13-4-0) secured a 2-1 victory on Sunday night at Historic Riggs Field over the No. 18 UNC Tar Heels (11-6-1), and punched its ticket to the ACC semifinals match. After conceding the first goal of the game, the Tigers bounced back strongly to equalize and ultimately score the game winner in the second half to hand UNC its first loss when scoring the game’s first goal (11-0-0 in such games).

It was the Tar Heels that got on the board first, when a well placed strike beat goalkeeper George Marks to his left. The Clemson deficit would not last long, as Ousmane Sylla dribbled through the UNC midfield before laying the ball off to Isaiah Reid. The junior forward took a couple touches to his left before ripping a shot across his body and into the net for the equalizer.

38' | ISAIAH GETS US ON THE BOARD!! INCREDIBLE CREATION BY OUSMANE IN THE MIDFIELD AND WE ARE LEVEL AT HISTORIC RIGGS FIELD!!!#ClemsonUnited🧡💜
📺https://t.co/kFvxFmbpVU
📊https://t.co/zP5fEiR3TU pic.twitter.com/eYrppp6gWt

The second half saw 32 minutes go by with the score level, but a perfectly driven Charlie Asensio cross found the waiting head of Quinn McNeill. Last week’s ACC Offensive Player of the Week headed the ball forcefully into the ground and bounced it into the top of the Tar Heels net to give the Tigers the lead.

McNeill’s header proved enough for the Tigers’ defense to hold on for the victory. The win sends Clemson to its third consecutive ACC Tournament semifinal match. Marks finished the match with four saves, giving him 164 career stops, enough for 11th on Clemson’s all-time leaderboard.

“Credit to our team for finding a way to win,” said a proud Head Coach Mike Noonan. “I think that’s what it was about tonight. We didn’t play our best game tonight and that’s a credit to UNC… I think this game will help us for our game on Wednesday and we’re looking forward to the semifinals.”

Up next, Clemson will host third-seeded Duke in the ACC Tournament semifinals on Wednesday, Nov. 10. Kickoff from Historic Riggs Field will be at 7 p.m. and the match is set to be streamed on ACC Network. 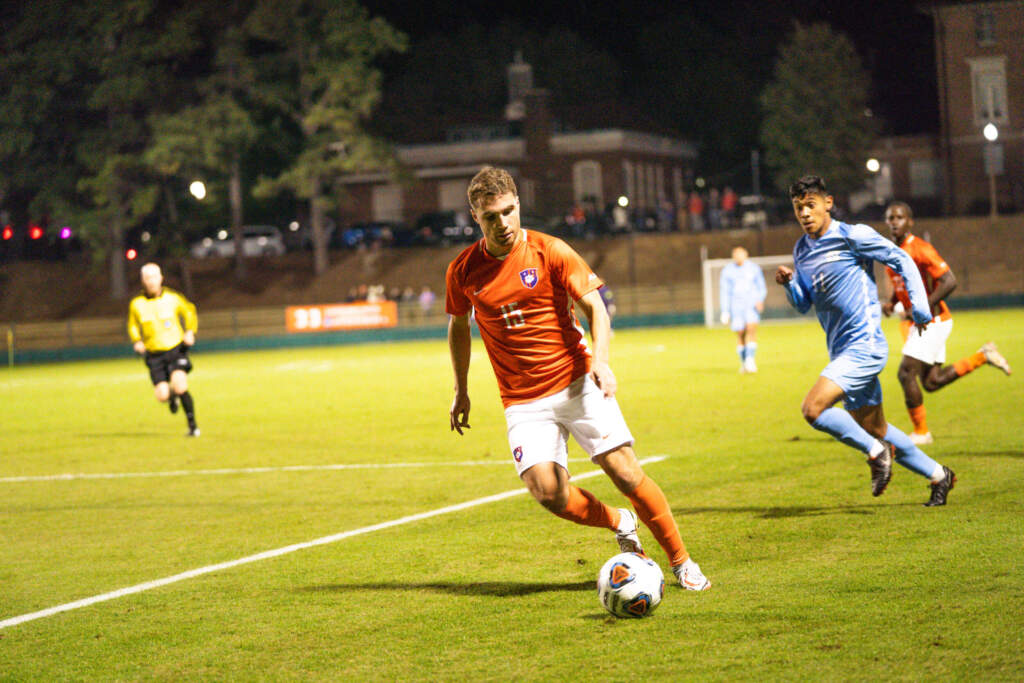 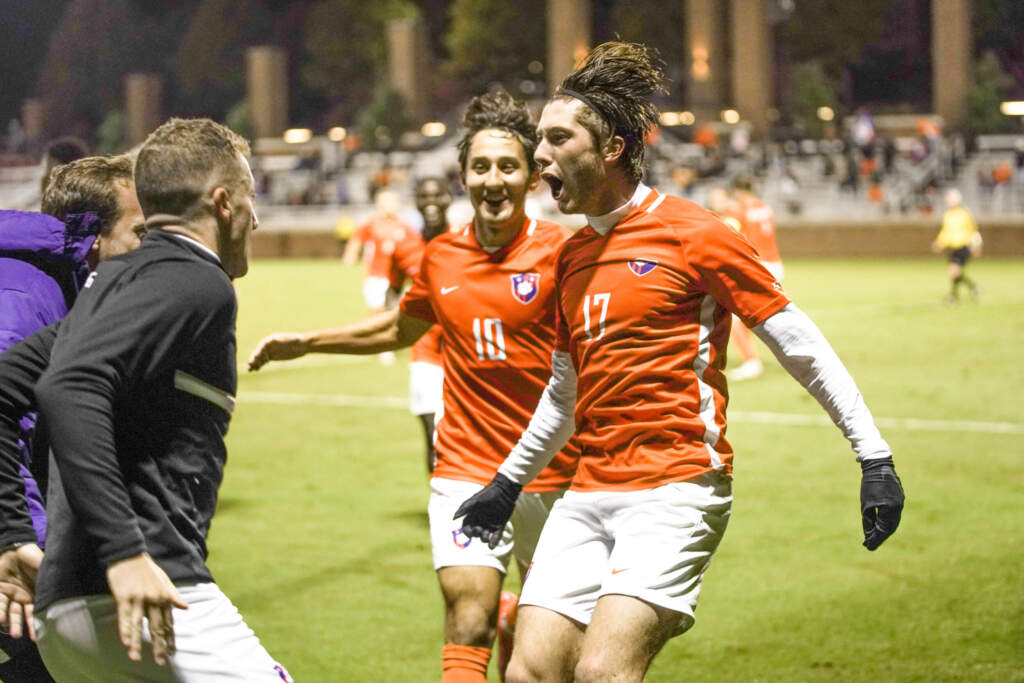 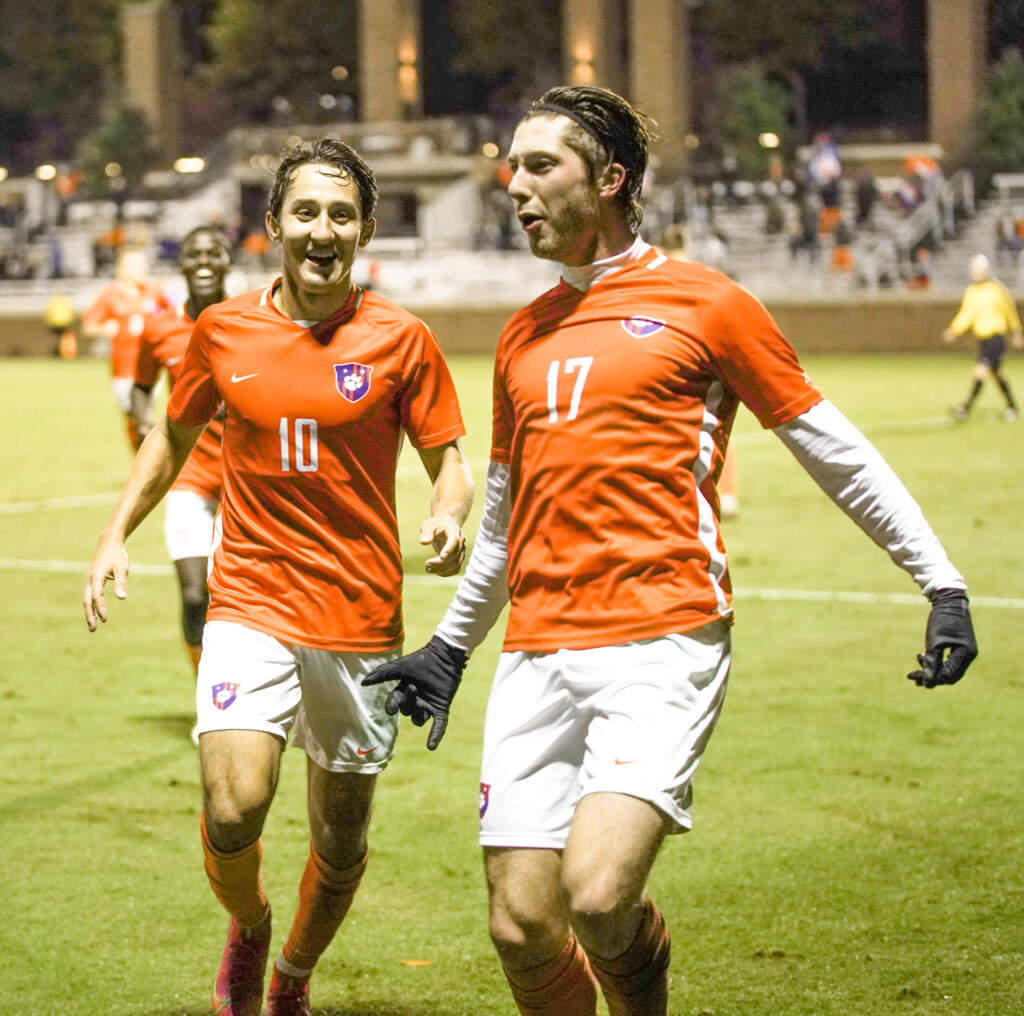 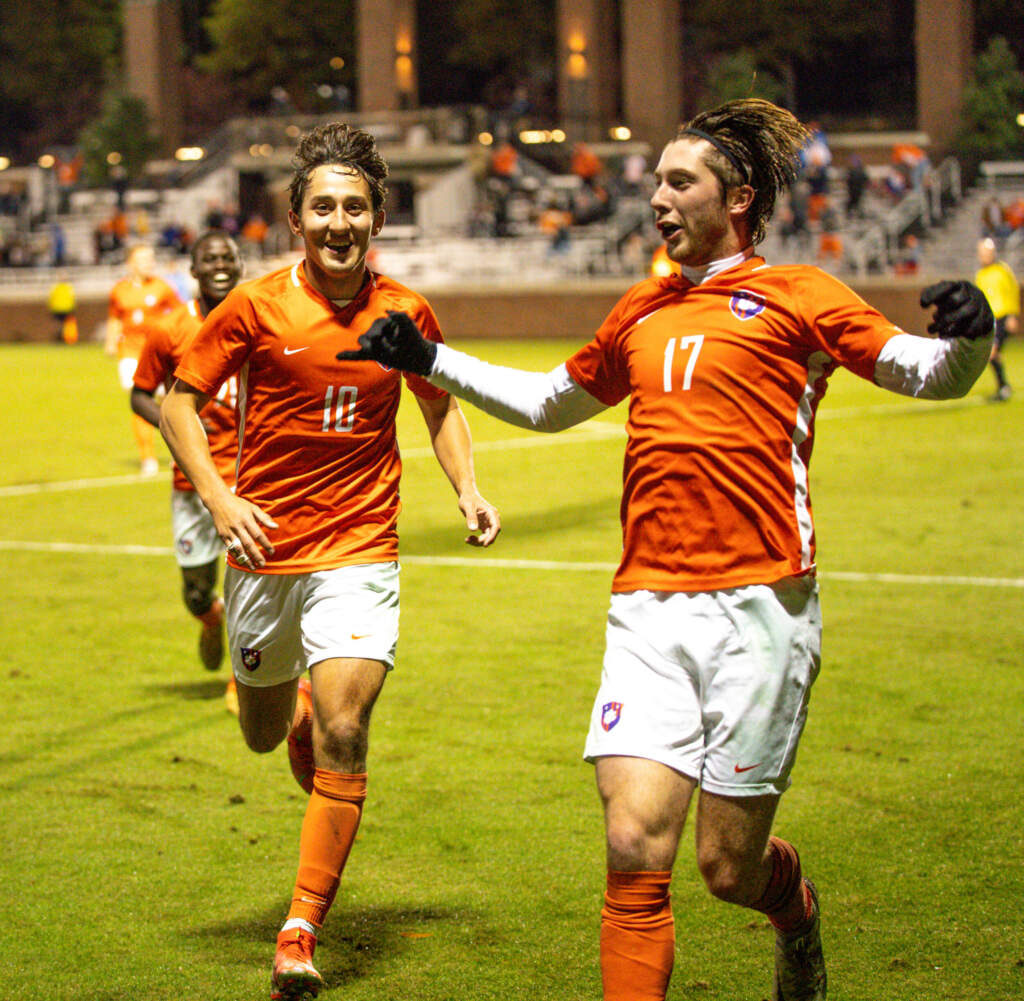 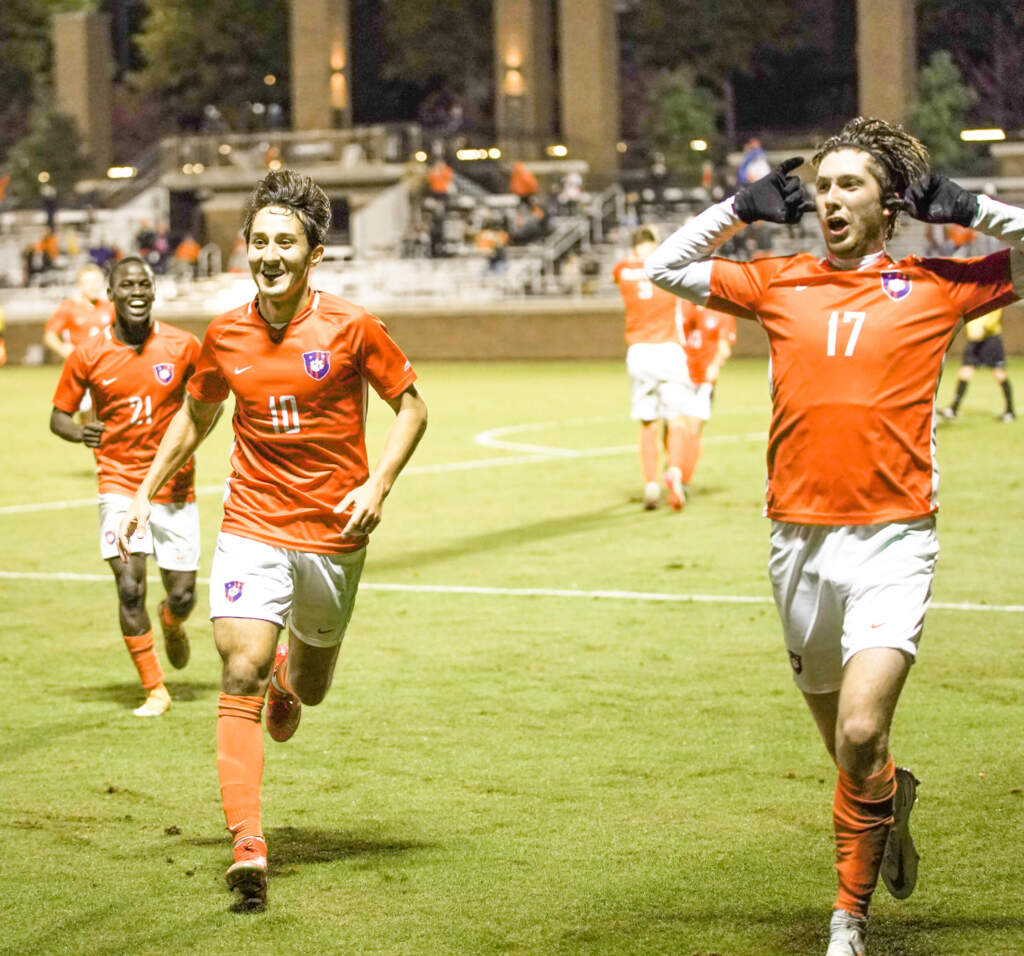 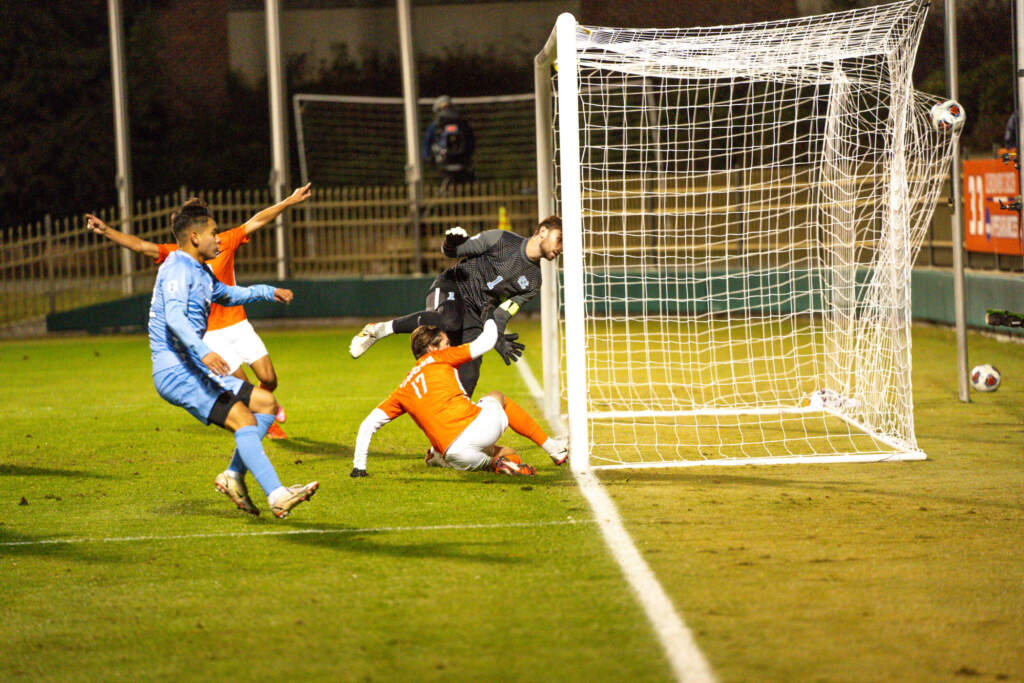 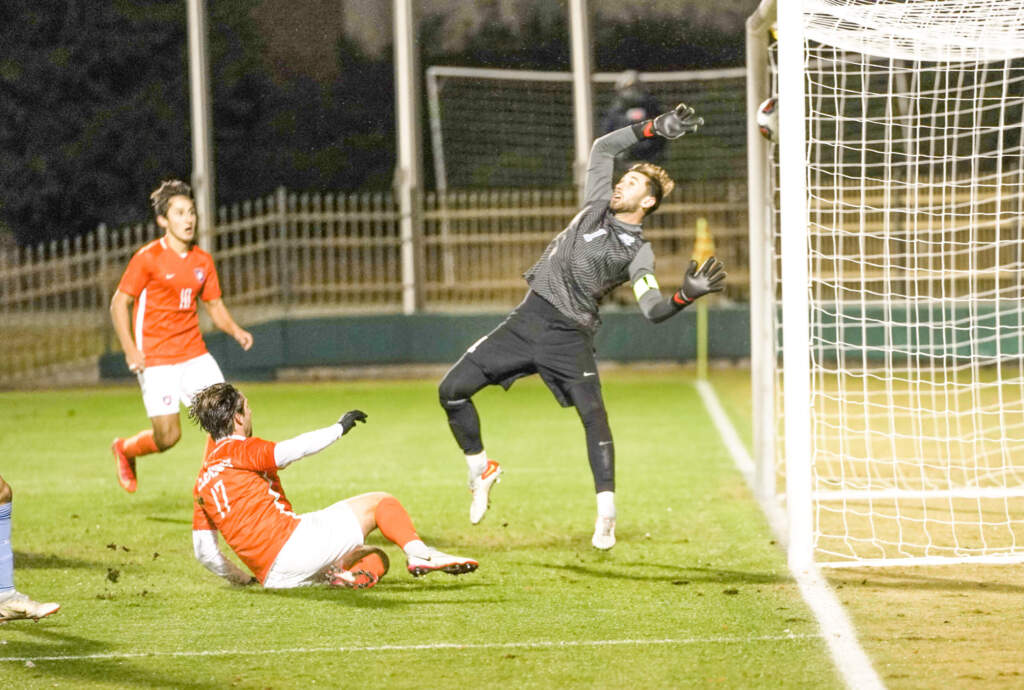