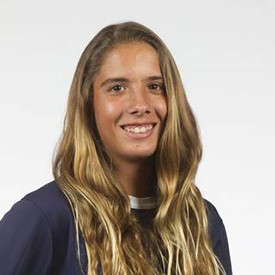 CLEMSON, S.C. – The Clemson Women’s Soccer team announced the signing of Mariana Speckmaier on Friday, July 8. Speckmaier will participate in the U20 Women’s’ World Cup in November as a member of the Venezuelan National Team and will enroll at Clemson in the spring of 2017.

“Marianna is a very crafty attacking player who is capable of adding a unique dimension to our team.  We are thrilled that she has the opportunity to gain international experience in the upcoming U20 World Cup, which will only accelerate her development”, said head coach Eddie Radwanksi.

The Miami native holds the Miami-Dade County record for goals scored in a season with 67, and was named First Team All-Dade throughout her high school career.  Playing her club soccer in the ECNL for Boca United FC, her team recently finished 2nd in the Southeast Conference. Her club’s Director of Coaching is former Tiger men’s soccer star, Eric Eichmann.

She will join a Clemson program that finished the year with an impressive 14-4-2 record, finishing tied for 2nd in the ACC, while advancing to the second round of the 2016 NCAA Tournament.