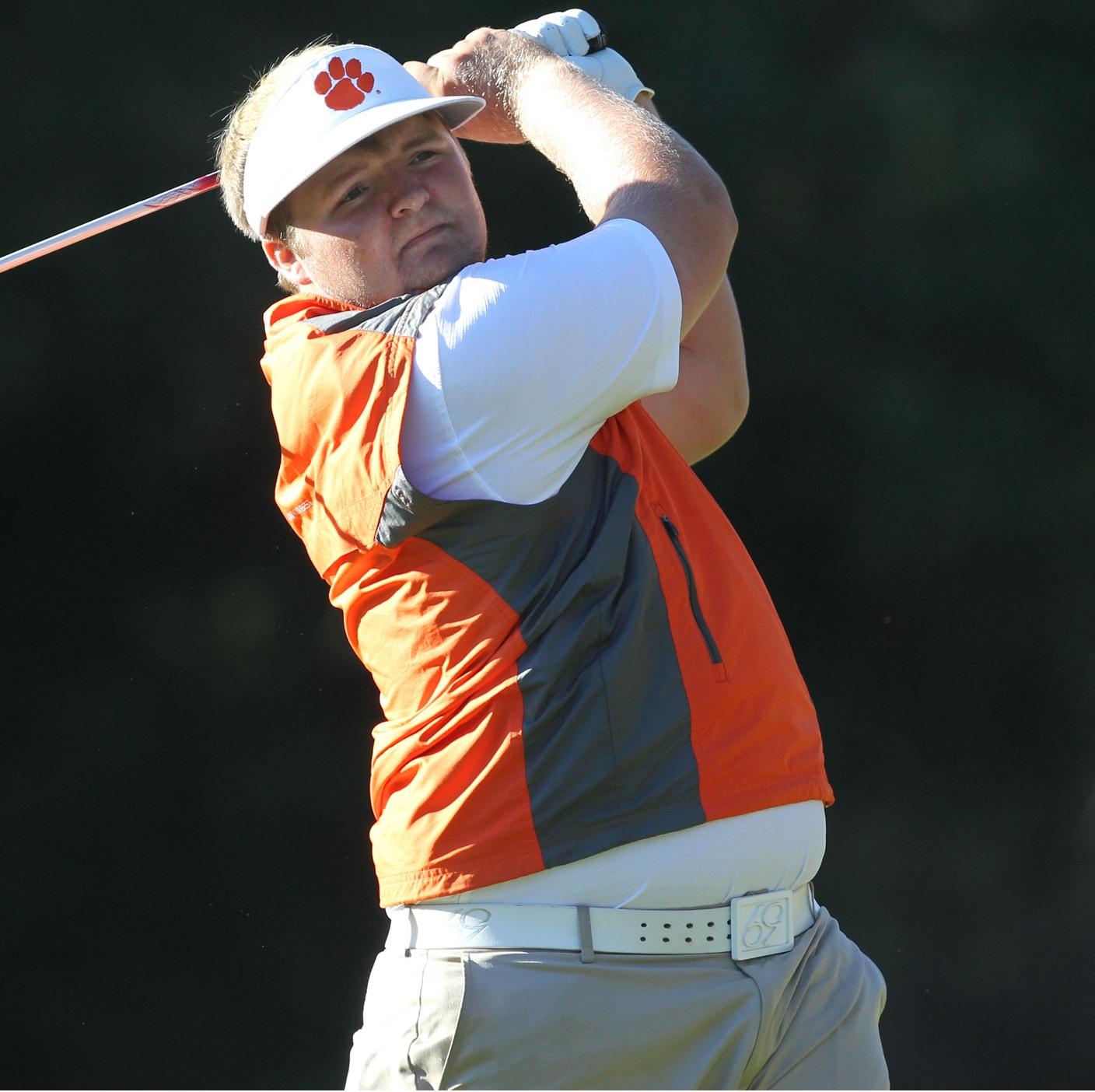 Clemson, S.C.-Cody Proveaux fired a final round 68, the best round by any Tiger at the 54-hole event, to lead Clemson to a sixth place finish at the 14-team Carpet Classic at The Farm in Dalton, Ga.  It was the season opening tournament for Larry Penley’s Tigers. While Clemson finished sixth, the Tigers were just three shots out of third and just seven shots  from champion South Carolina, who shot 12 under par on Sunday to win by one over third ranked Georgia Tech, 848-849.  Auburn and Kennesaw State were tied for third at 852, while number-one ranked Alabama was fifth at 853, just two shots ahead of Clemson and ninth-ranked LSU. Proveaux, who finished fifth at the same tournament last year, finished fourth this year after rounds of 70-71-68 for a 209 total.  It was a career low 54-hole score for Proveaux, who is 42-pounds lighter than he was last year as a sophomore.  The native of  Leesville, S.C. had 14 birdies during the tournament, tied for fifth in the 75-player field. His round on Sunday included five birdies and just one bogey. Miller Capps was Clemson’s second best golfer over the three day event with a 212 score.  The junior from Denver, N.C played the par four holes at six under par for the weekend, second best in the field, and posted rounds of 69-69-74 to finish in a tie for 10th at four under par.   It was the fifth top 10 of his career. Stephen Behr, who led Clemson in stroke average last year, finished in a tie for 24th with an even-par 216 total after a final round 72 on Sunday.  Billy Kennerly was Clemson’s second best  golfer on Sunday with a two under par 70 and he finished with a 220 total, four-over-par for the 54 holes.   Kennerly played the par five holes at six-under-par for the weekend, best among Tigers and tied for fifth best in the field. Blake Kennedy finished with a 77 on Sunday and was at 14-over-par 230 for the three days. Freshman Joshua Fickes played as an individual and had a 73 on Sunday, even with a triple bogey on the last hole.  He finished with a 224 score for his three rounds, 53rd place. Clemson will next be in action on September 19-21 at the Dick’s Invitational in Nashville, Tenn.