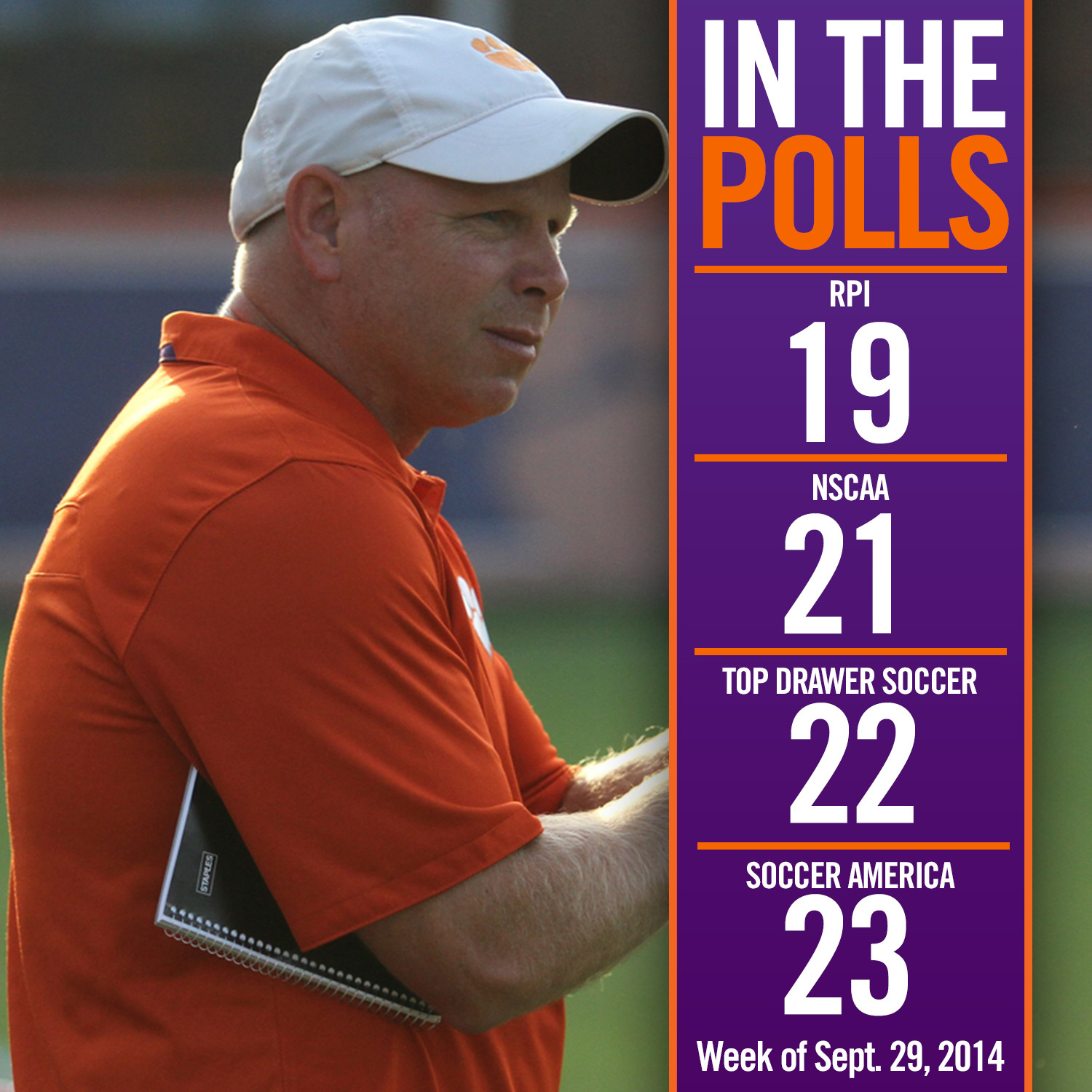 CLEMSON, S.C. – The Clemson women’s soccer team is ranked 19th according to the RPI poll released Tuesday by the NCAA. Clemson is one of six ACC schools with an RPI in the top 20. North Carolina is ranked second, FSU fifth, Virginia Tech 10th, Notre Dame 11th, Virginia 18th and Clemson 19th.

Clemson is ranked 21st according to the NSCAA poll released on Tuesday afternoon. The Tigers (8-2-1) were 16th last week before falling at home to eighth-ranked North Carolina and defeating Boston College on the road. In addition, the Tigers are ranked 22nd by TopDrawerSoccer.com and 23rd by Soccer America in this week’s polls.

Clemson has faced three teams ranked in the top 10 at the time of competition so far this season. In those contests, the Tigers defeated #9 South Carolina 1-0 on Sept. 5 in Columbia, fell to #2 Virginia Tech 2-0 on Sept. 19 in Blacksburg and fell to #8 North Carolina 2-1 on Sept. 25 in Clemson. The Tigers’ next top 10 matchup is scheduled for Oct. 23 at #10 Notre Dame.

Clemson returns to action Saturday, Oct. 4 at 7 p.m. when it takes on the Wake Forest Demon Deacons in Winston-Salem.