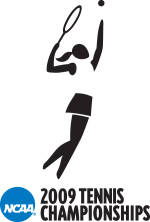 UPDATE: Clemson’s match with Notre Dame has been delayed over two hours. Play did not begin until 8:30 Eastern Time because of the length of earlier matches and was then delayed 45 minutes during doubles competition due to a power outage at the facility. Notre Dame won the doubles point with victories at flights two and three. Clemson’s top team of Ani Mijacika and Keri Wong upset the Irish’s #2-ranked tandem at flight one by an 8-3 margin.

CLEMSON, SC – The Clemson women’s tennis team will be making its fifth appearance in the last six years at the NCAA Championships round of 16 as the 12th-seeded Tigers take on number-five seed Notre Dame on Friday evening. The match is scheduled to begin at 7:00 pm Eastern Time at the George P. Mitchell Tennis Center on the campus of Texas A&M University in College Station, TX.

Fans can view more tournament information, including links to livestats and complete results, by accessing the 2009 NCAA Tennis Championships page at www.Aggieathletics.com.

Clemson reached the Sweet 16 with wins over Winthrop and North Carolina in the first and second rounds, respectively, played at the Tigers’ own Hoke Sloan Tennis Center. For the year, Clemson boasts a 19-7 record and has been ranked among the top 15 teams nationally all season.

Notre Dame enters Friday’s match with a 26-4 ledger. The Irish extended its winning streak to eight straight with victories over Illinois-Chicago and Michigan in regional action. The meeting will be the 10th in history between Clemson and Notre Dame with the Irish leading the series score by a 7-2 margin.

Junior Ani Mijacika leads the Tiger squad with the number-four national ranking. She has been ranked as high as number one in the nation this season and boasts a 28-8 record for the year. Fellow Croatian Ina Hadziselimovic had big weekends for Clemson in regional play as both posted a pair of wins to help the Tigers punch their ticket to College Station. Bek improved to 32-8 for the year while Hadziselimovic posted her 23rd win of the season for the highest single-season win total of her career.

Clemson’s NCAA Championship HistoryThe Tigers have advanced to the NCAA Round of 16 in five of the last six years and own a 22-16 record in NCAA Tournament matches. Since NCAA regional play began in 1996, the Tigers have made the field of 16 six times, with the first being in that inaugural season.

Clemson won three matches in the 1996 Southeast Regional to claim the regional title and reach the quarterfinals of the national tournament, where they fell to Stanford. Since then, the Tigers have advanced to the NCAA Championships in 2004, 2005, 2007, 2008 and 2009, advancing out of their own regional each time. They reached the Final Four in 2004 and 2005.

Last season, after posting wins over Winthrop and Michigan in regional action, the Tigers fell to Stanford in the round of 16 by a 4-0 margin in Tulsa, OK.

This year, Clemson defeated Winthrop and North Carolina in the first and second rounds, respectively, held at the Tigers’ own Hoke Sloan Tennis Center. They won both matches by a 4-0 margin to cruise into the round of 16.