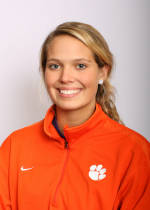 BIRMINGHAM, AL – The Clemson women’s soccer team fell to the University of Alabama-Birmingham by a score of 3-2 in double overtime on Sunday afternoon in Birmingham, AL. For the second straight game, freshman forward Maddy Elder scored two goals in the Tiger effort. Clemson falls to 1-1 on the season, while UAB improves to 4-0.

Elder put Clemson on the board less than four minutes into the game. She was assisted on the goal by freshman midfielder Emily Tatum. Alabama-Birmingham’s Danya Barsalona netted a goal in the 40th minute of play and the teams went into halftime with the score knotted at 1-1.

The Tigers struck first in the second half, taking a 2-1 lead at the 61:50 mark with Elder’s second goal of the game, and her fourth of the season. The Blazers’ Tiffini Turpin scored in the 83rd minute to tie the score at 2-2 and send the game into overtime.

The two teams played 16 minutes of scoreless soccer in overtime before Marlijn Hermans netted the game-winner at the 106:40 mark in the second overtime period to give the Blazers a 3-2 victory.

“Despite not playing at the level we expect of ourselves, we twice were up a goal on them,” said head coach Hershey Strosberg. “Our mistakes came back to bite us and mentally we did things to make it much harder on ourselves. At times, we did some good things but need to be consistent in our efforts and better disciplined.

“The important thing is that we learn from this and prepare for another chance to test ourselves this weekend.”