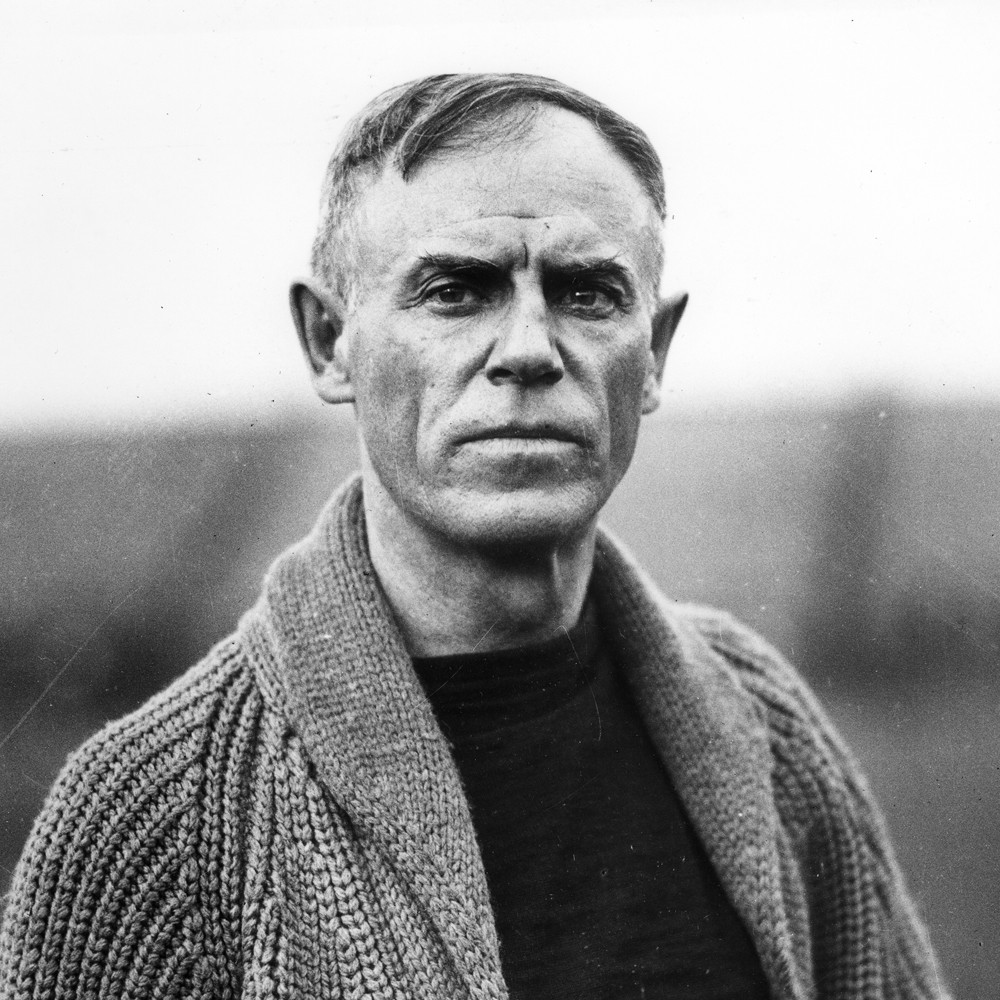 Wofford played Clemson in the Tigers’ very first year of football in 1896.  Also the Terriers have been the opposition of the Tigers in two of Clemson’s undefeated football teams in 1900 and 1981.

In the first year of football at Clemson, the Tigers defeated Wofford 16-0 in Spartanburg, SC on November 21, 1896.   When the Tigers arrived back on campus that night, the cadet corps, along with faculty members, carried the team around in a buggy led by a torchlight procession and preceded to go all over the campus. With this victory, Clemson claimed the state title in its first year of playing football.   It must have been a sign of great things to happen for the Tigers.

On October 22, 1900, the powerful Tigers, led by Head Coach John Heisman defeated Wofford 21-0 in Clemson’s first undefeated season. Actually, Clemson scored many more points, but a pregame agreement between the two schools stated that every point Clemson scored after the first four touchdowns would not count.  No one could keep an accurate count after Clemson scored its first 21 points (in 1900, touchdowns counted five points) when just six minutes had elapsed. All touchdowns Clemson made were called back and the ball given to Wofford deep in Clemson territory on such penalties as running over a Wofford tackler.

(The 1900 Team finished undefeated with a 6-0 record.John Heisman is located on the far right on the second row.)

During the 1911-12 season Clemson fielded its first basketball team. The Tigers defeated Wofford 56-13 in the Tigers’ first-ever home game that was played outdoors on Bowman Field. James Erwin scored 30 points on this historic day.  As Clemson’s student paper, The Tiger, described the game, James Erwin was a special player.  “It seemed the basket had an irresistible pull for the ball when he attempted a shot.”

(Game action from the 1912 Clemson-Wofford basketball game on Bowman Field is pictured below.)

On March 5, 1921, Clemson won its 10th game of the year in men’s basketball with a 25-15 victory over the Terriers in Spartanburg, SC. Walter Colbert scored seven points in the Tigers’ win.  With this victory, the Tigers claimed the state championship. This marked the first time that the Tigers won 10 or more games in a single season.

Clemson won their first dual competition in men’s tennis on April 28, 1921 when Bill Hines and N.P. St. John’s traveled to Wofford and beat the Terriers, 2-0.   This was the first dual match that Clemson had ever participated in involving team vs. team.

Ironically, Bill Hines was a sports star at Wofford as he was a basketball player before he served in the military during World War I. After he graduated from Wofford in 1917, Hines was working on another degree at Clemson in architecture.  Not only was he a tennis player at Clemson, but a starting guard on the Tiger basketball team.

The Tigers’ first-ever All-America football player, O.K. Pressley (1926-28) almost went to Wofford. He and his brother Tom were on a train going to college for the first time from their home in Chester, SC.  Tom was going to Wofford and O.K. Pressley was going to Clemson.  Tom got off the train at Spartanburg and tried to convince his brother to join him, but O.K. insisted he needed to go to Clemson.  After he had gone 10-15 miles up the track towards Clemson, he almost jumped off the train and ran back to Spartanburg, but something inside of him told him to go on and be a Tiger-thus beginning one of the greatest football careers ever at Clemson.  (Pressley is pictured below.)

Clemson will forever be grateful that he became a Tiger.

“O.K. was a great player and person, he gave it his all,” said Bob McCarley, who was a running back on the Clemson teams in the late 1920s.   “He was an inspiration to all of us.  He played clean, and was a good sportsman who represented Clemson well. We all admired him.”

“O.K. was like his initials—he was O.K.!” said Henry Asbill, who was an end on the Clemson teams in the late 1920s.   “O.K. was a dedicated player.  He played the game because he loved football and his school.  He would help his team play better and harder by encouraging us.”

O.K. Pressley was the starting center and linebacker on the Clemson varsity football team in 1926-28.  He was named All-America according to Newspaper Enterprise of America, John Heisman and Walter Trumbull teams.

On February 28, 1938, Clemson defeated Wofford 52-24 in Spartanburg, SC to clinch the State Championship in basketball for the third time in four years.   Sophomore Banks McFadden scored 20 points in the rout of the Terriers.

Clemson’s first golf coach and organizer of the first Tiger golf team was a Wofford Graduate.   The Reverend George Hodges led the Tigers that first season, and he taught many Clemson students the game of golf. (Rev. George Hodges is pictured below.)

In 1981, Wofford was Clemson’s first opponent in the Tigers’ National Championship season. The Terriers were a late addition to the schedule when Villanova dropped football in March, 1981.   At the end of the first quarter, the score was tied at 3-3.  Homer Jordan hit Perry Tuttle with an 80-yard touchdown pass for Clemson’s first touchdown of the season, and Jordan added a 14-yard run by halftime to give Clemson and 17-3 lead at intermission. Clemson won the second half 28-7, but the Terriers’ wing bone offense gained 165 yards on the ground.   Only Nebraska had more yards rushing against Clemson that season.

Clemson and Wofford have enjoyed a long relationship in athletics and the season opener between the two schools is a great way to celebrate the 119 years since the first Tiger-Terrier tussle. 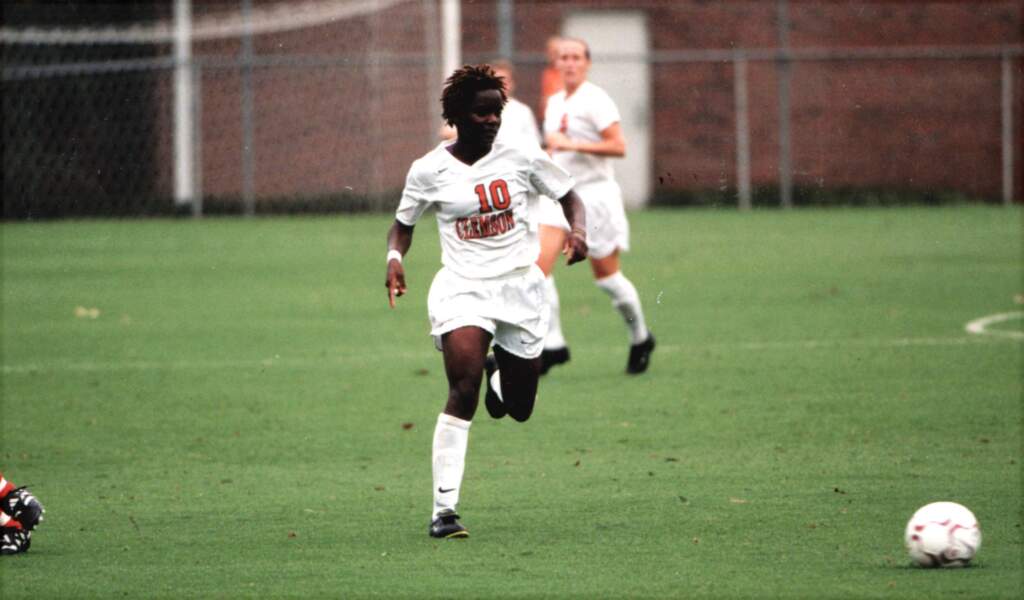