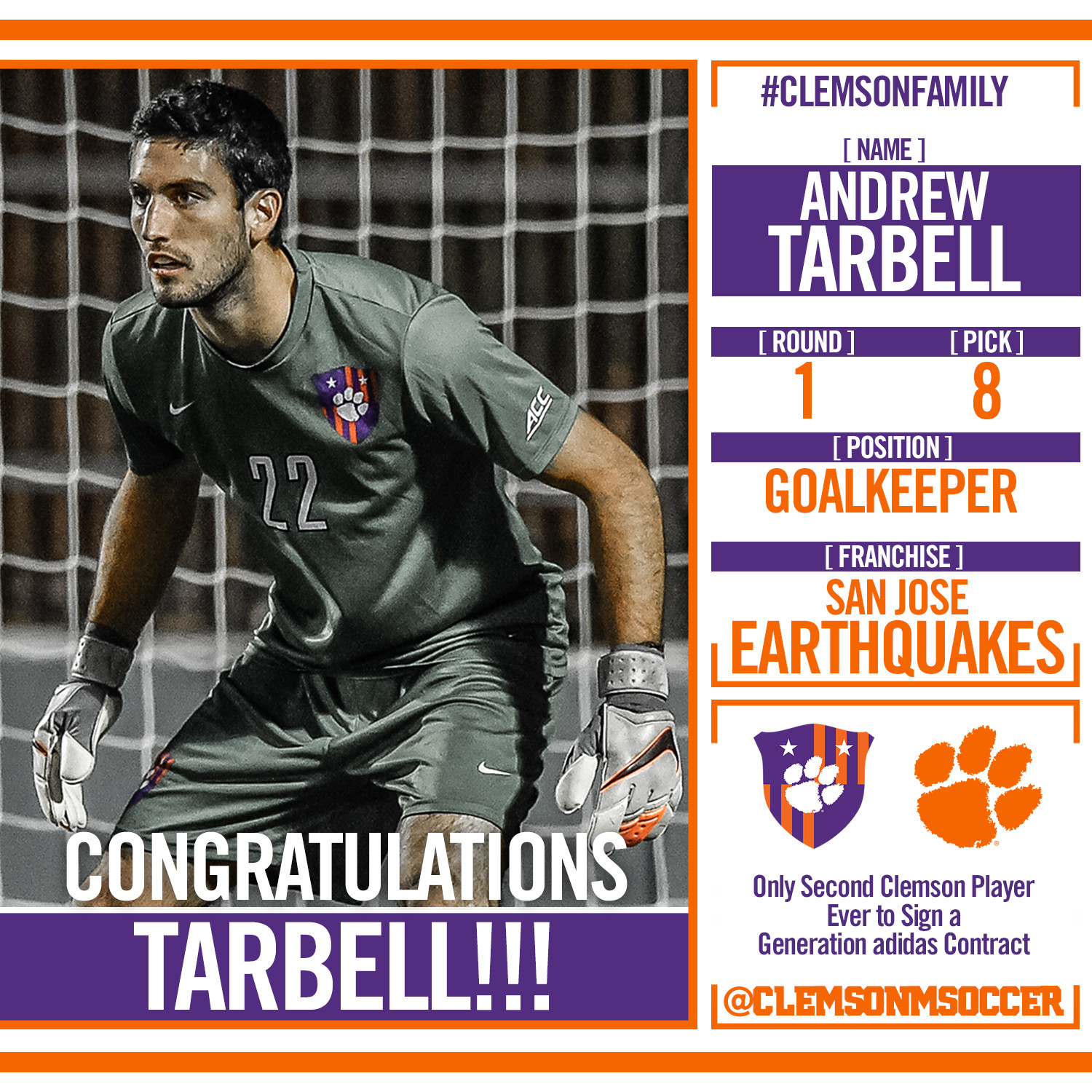 Tarbell, a redshirt junior goalkeeper who, last week, became just the second Clemson player ever to sign a Generation adidas contract, was the eighth overall selection by the San Jose Earthquakes. Tarbell’s selection at No. 8 overall was the second-highest selection of a Clemson player in the MLS draft in program history. Only Mark Lisi, the third overall pick in the 2001 draft, was a higher draft selection.

Rounds 3 and 4 of the MLS SuperDraft will take place on Tuesday, January 19.

[View the story “#Clemson in the 2016 MLS SuperDraft” on Storify]