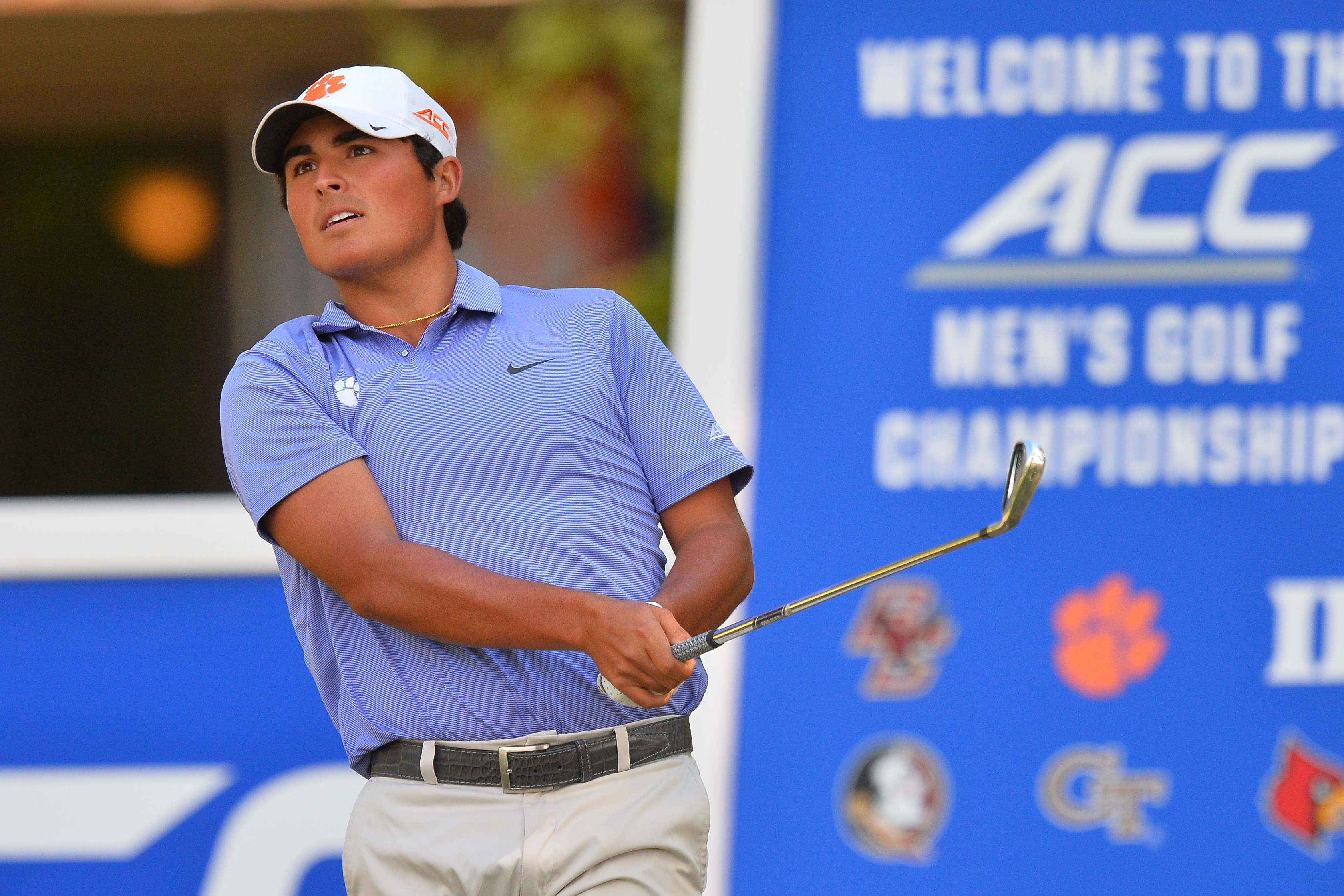 Three Tigers Qualify for US Amateur

Clemson, S.C.—Clemson golfers, past, present and future have all qualified for the 2016 United States Amateur at Oakland Hills Country Club in Bloomfield, Michigan.  The tournament will be held August 15-21.

It is the second consecutive year that Capps has qualified for the U.S. Amateur.   He reached match play last year where he was defeated in the first round by Austin James.  It will be the first appearance for Nimmer and Redman.

Nimmer was the medalist at the tournament at Amelia National Country Club in Fernandina Beach, Fla. after shooting rounds of 66-66 for a 132 total.  He won the qualifier by five shots over Calum Masters of Headland, Ala.  Nimmer  had 16 birdies over the two days to finish at 12-under-par for the two rounds.

Nimmer just completed a decorated freshman year at Clemson. He was named the ACC Freshman of the Year and was a first-team All-ACC selection on the course and also was named first-team Academic All-ACC.

Capps had rounds of 68-68 in qualifying  at the site at Benvenue Country Club in Rocky Mount, NC.  He just completed an outstanding four-year career as a starter for Larry Penley’s golf team.  He was an All-Region selection this past year and finished ninth at the ACC Tournament.  He was third on the Clemson team in stroke average and finished his career with over 400 birdies, sixth in Clemson history.

Redman, who won the South Carolina 4A State title this past May and finished second at the Palmetto Amateur last week,  was the third qualifier at the Carolina Trace qualifier in Sanford, N.C.  He had rounds of 71-67 to finish at 138.