CLEMSON, S.C. – Four Tigers finished with two hits, led by sophomore McKenzie Clark hitting two home runs, to propel the Tigers to an 8-0 run-rule win over Louisville on Saturday evening. Following the game, Clemson improves to 21-9 (3-5 ACC) to capture its first ACC series win of the season, and Louisville drops to 17-12 (1-4 ACC). This is also Clemson’s 13th shutout and eighth run-rule victory on the year.

The Tigers finished with 11 hits on the day. Clark, Alia Logoleo and Valerie Cagle all tallied at least one home run, while Clark, Logoleo and Kyah Keller picked up two RBIs.

The bats first came alive for Clemson in the second inning with the middle of the lineup finding gaps in Louisville’s defense. Sam Russ got on base with a single through the right side and made quick work of stealing second to move into scoring position. Keller brought her home in the next at bat with a single up the middle to give the Tigers a 1-0 lead. Logoleo stepped up to the plate with two outs in the inning and hit a no-doubter out of left center to extend the Tigers’ lead to 3-0 after two.

The bats stayed hot in the third inning when Clark and Cagle hit back-to-back home runs to extend the lead to five. Guimbarda and Russ followed that with a single and double, respectively, to put two runners in scoring position. Keller picked up her second RBI of the day when she brought home Arielle Oda, who was pinch running for Guimbarda, to push Clemson’s lead to 6-0 after three.

The offense picked back up for the Tigers in the fifth inning with Clark hitting her second home run of the day out of left center. Cagle, who was replaced by Carlee Shannon as a pinch runner, and Guimbarda tallied back-to-back singles that moved Shannon into scoring position for freshman Aby Vieira to bring her home by driving the second pitch of her at bat into left center to give Clemson the walk off win.

Cagle pitched her seventh complete game of the year throwing only 79 pitches. She struck out seven batters on her way to improving to 8-6 in the circle.

Clemson will look to sweep the Louisville series tomorrow afternoon in McWhorter Stadium. First pitch is scheduled for 12 p.m. on the ACC Network and ACCNX. 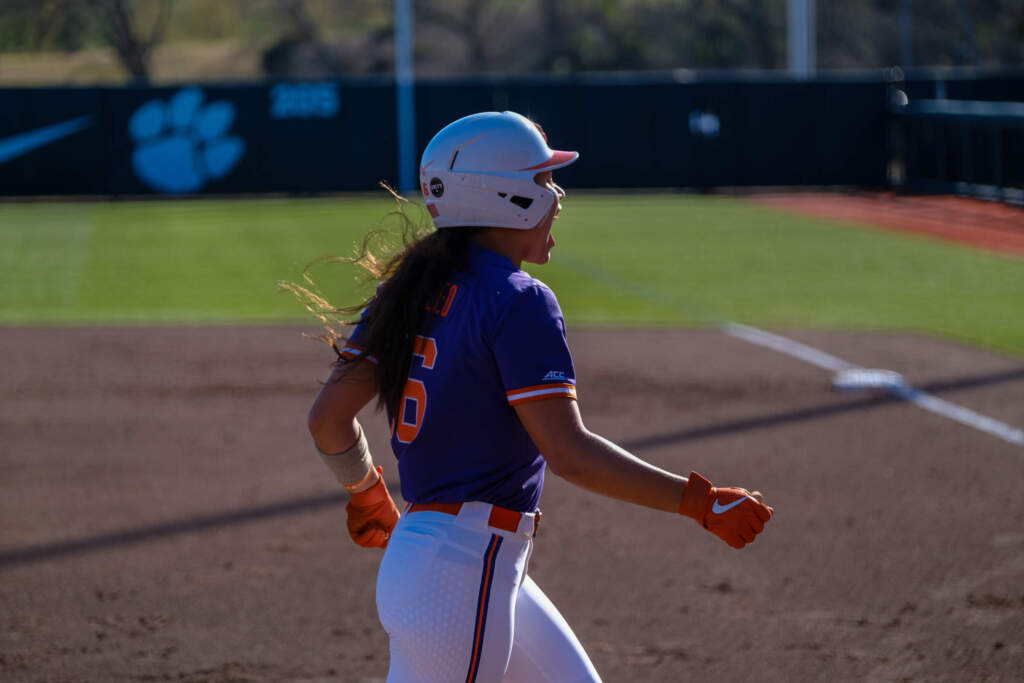 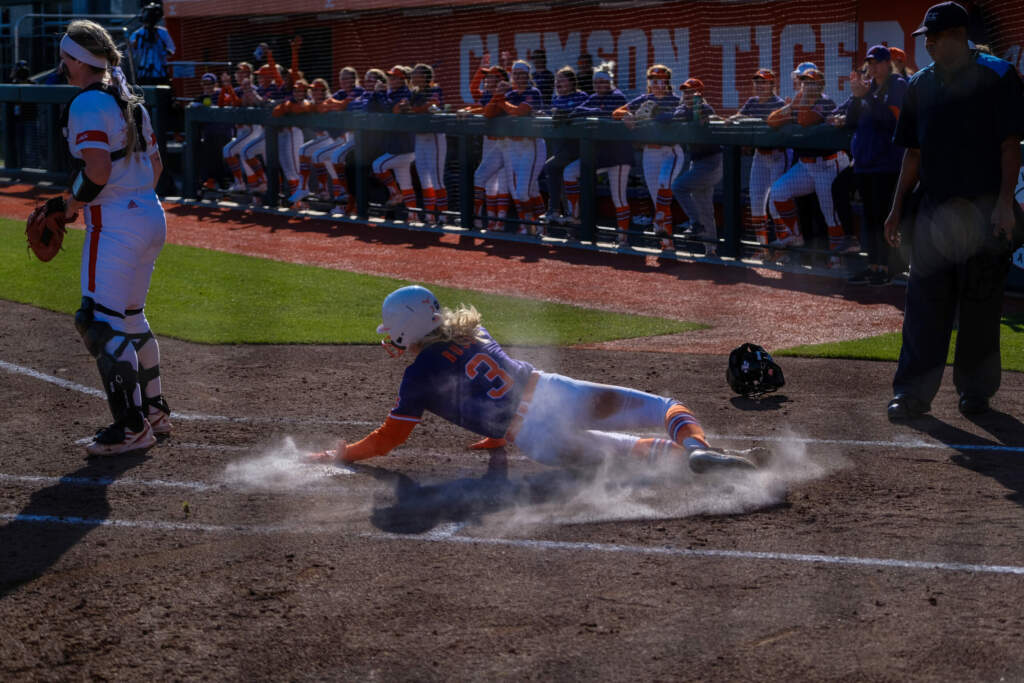 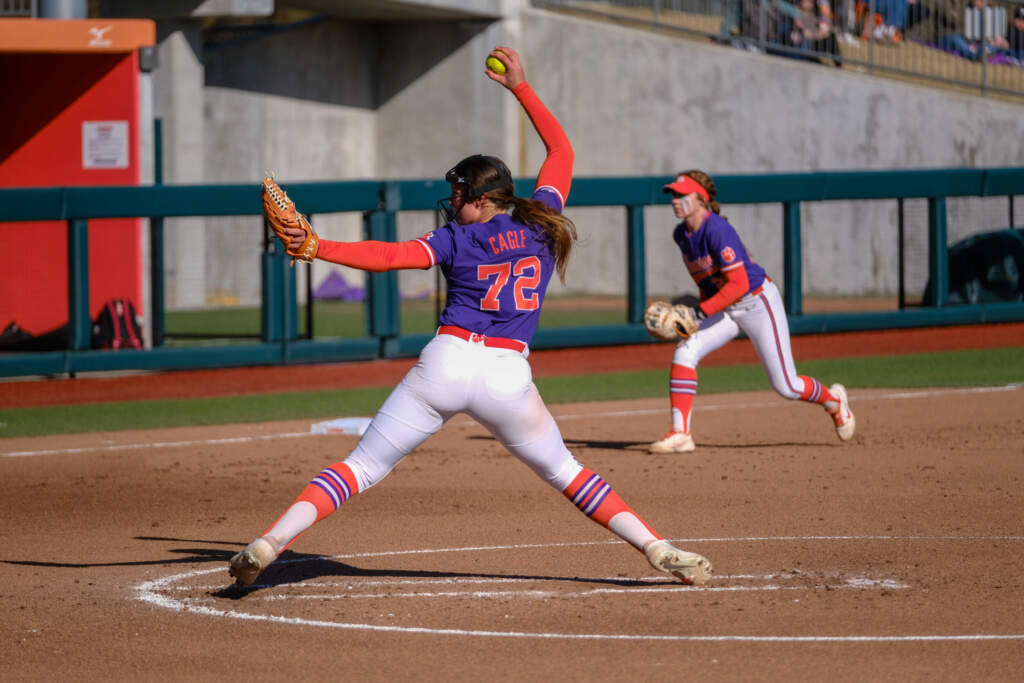 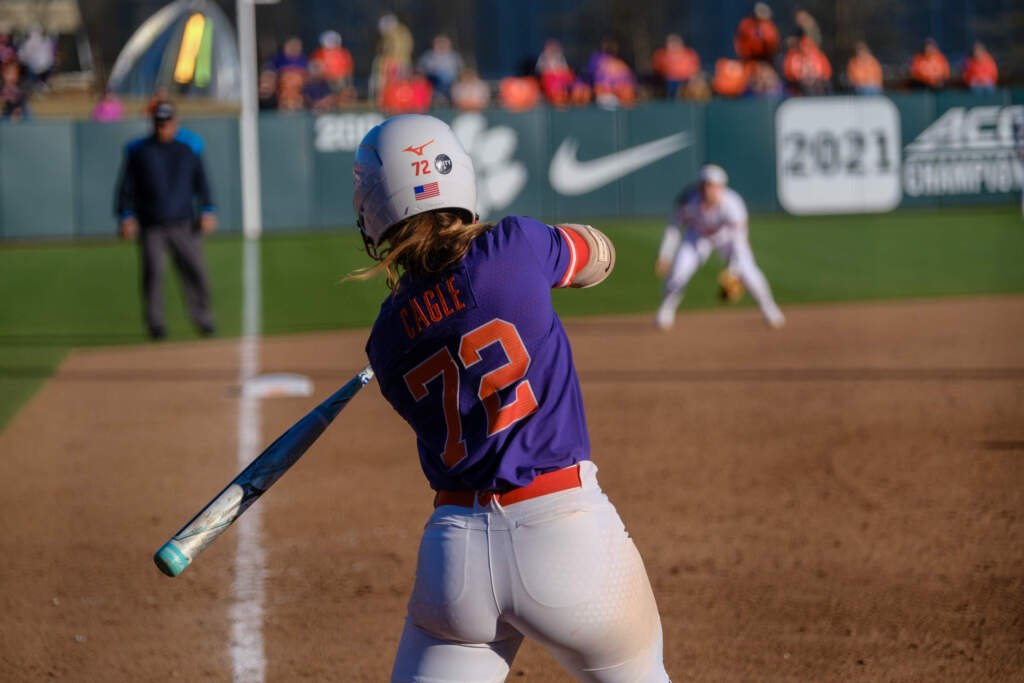 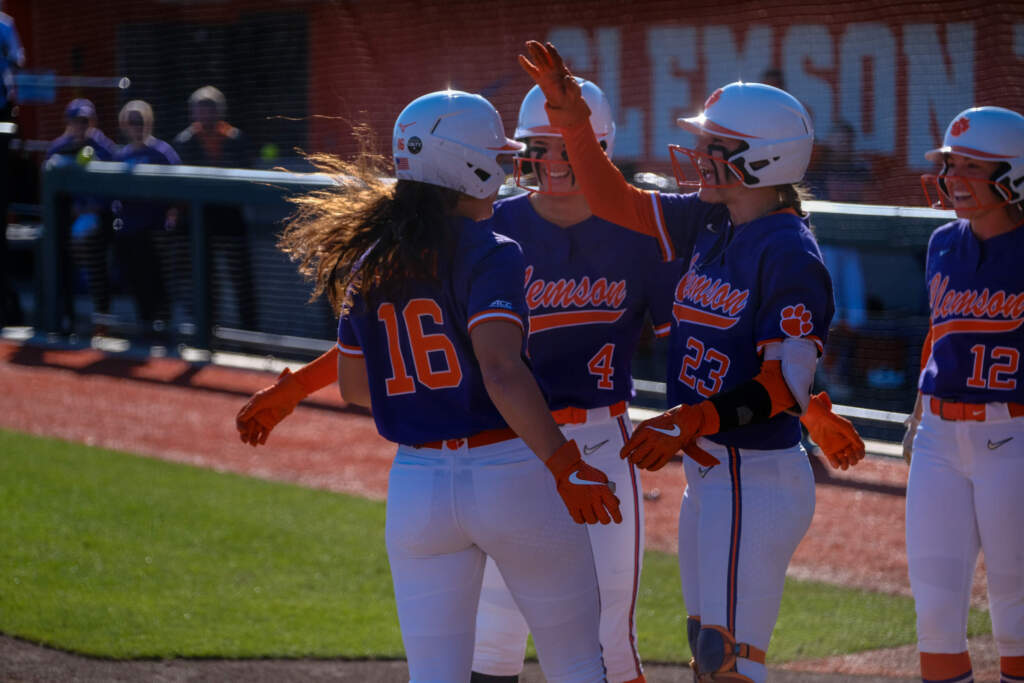 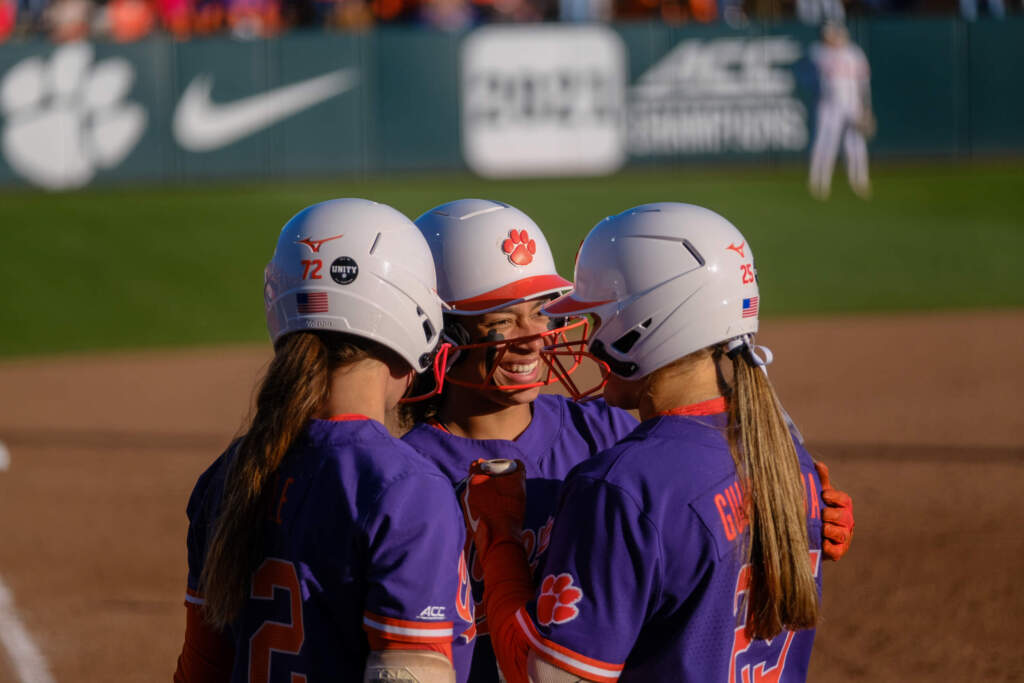 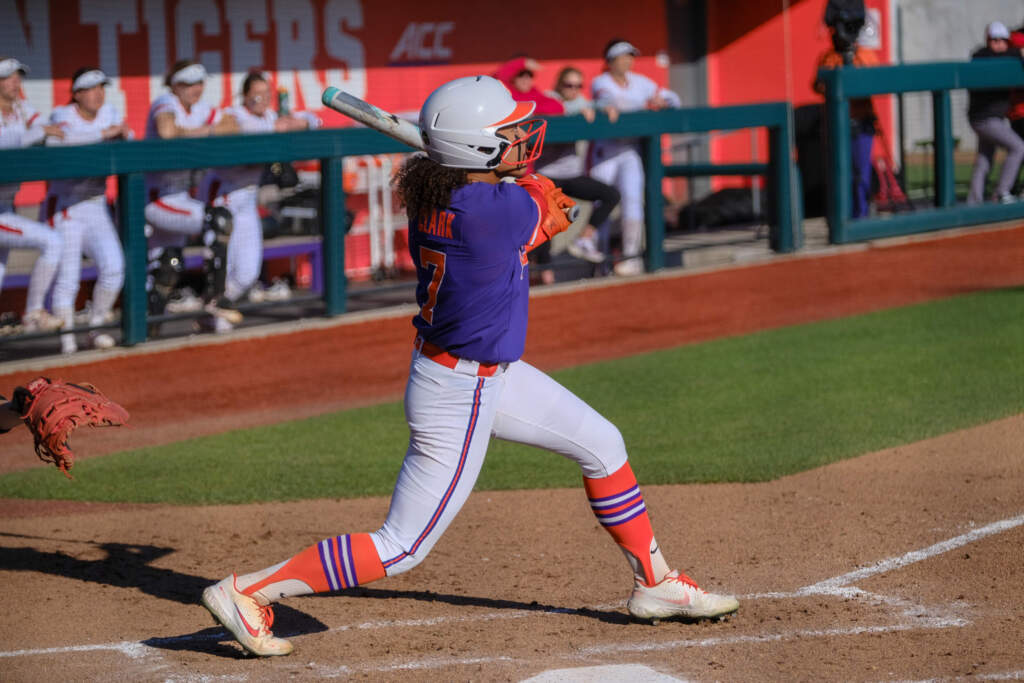 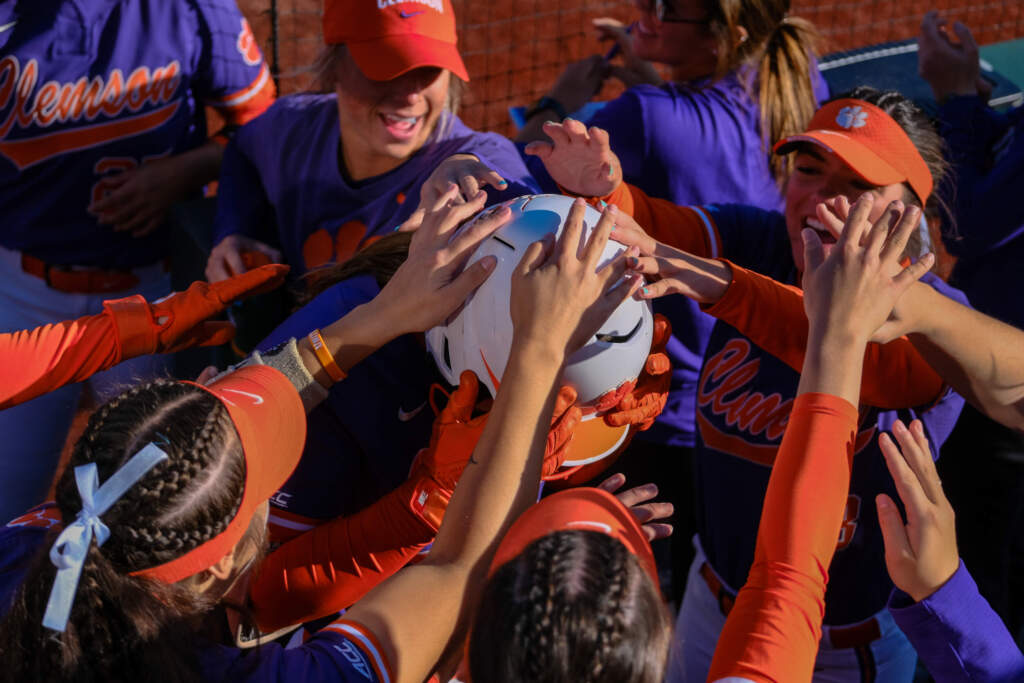 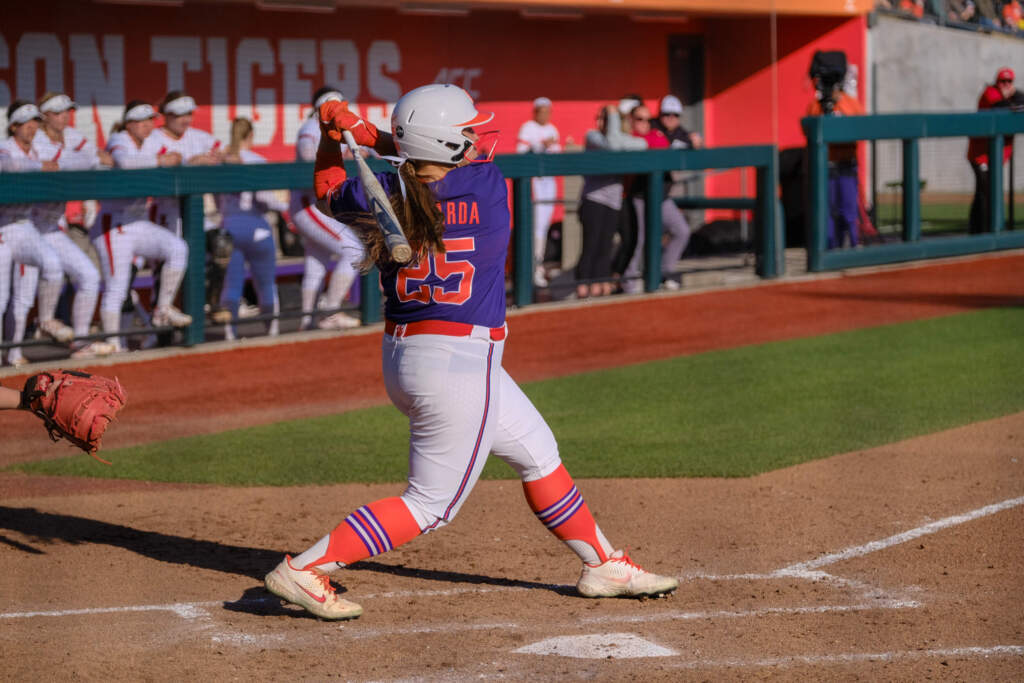 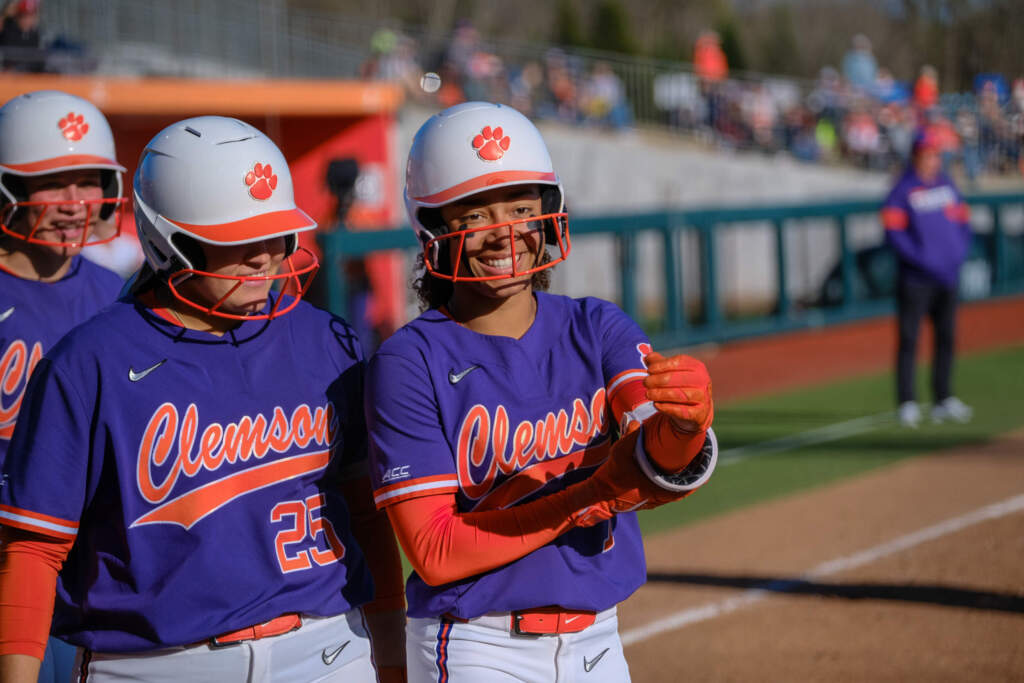