PITTSBURGH, Pa. – Behind home runs from Cammy Pereira, McKenzie Clark and a three-run bomb from Alia Logoleo, the No. 18/17 Clemson softball team completed the seventh-inning comeback to down Pitt, 6-5, and clinch the series victory. Clemson improves to 29-10 (8-6 ACC), as Pitt falls to 13-18 (1-11 ACC).

Pittsburgh got out to an early lead off a solo home run in the bottom of the first inning. The Panthers looked to strike again in the third inning after getting a runner to third, but Millie Thompson shut things down in the circle by picking up a strikeout to end the inning.

It wasn’t until the fifth inning that Clemson started to make its comeback. Pereira drove a ball deep out of right field to tie things up, but Pitt responded with a two-run homer in the bottom half of the inning to reclaim the lead.

The Tigers got one run back in the sixth after loading the bases. Bailey Taylor recorded a sac fly to score Carlee Shannon, who was pinch running for Marissa Guimbarda. The Panthers responded in the bottom of the sixth with one run to make it 4-2 heading into the seventh.

Clemson made the seventh-inning comeback with Clark driving her seventh homer of the season out of right field. Valerie Cagle and Guimbarda followed with back-to-back singles to get two on for Logoleo to drive an absolute blast out of left field to give the Tigers a 6-4 lead. Pitt scored once more in the bottom of the seventh, but it wasn’t enough as Clemson won, 6-5.

Thompson struck out five batters and only gave up one walk in five innings of work. Thompson was replaced by Regan Spencer who pitched 1.0 inning to earn her fifth win in the circle.

The Tigers will look to sweep the series over Pittsburgh tomorrow afternoon. First pitch has been adjusted to 1 p.m., from the originally scheduled 12 p.m. start. Fans can watch on ACCNX. 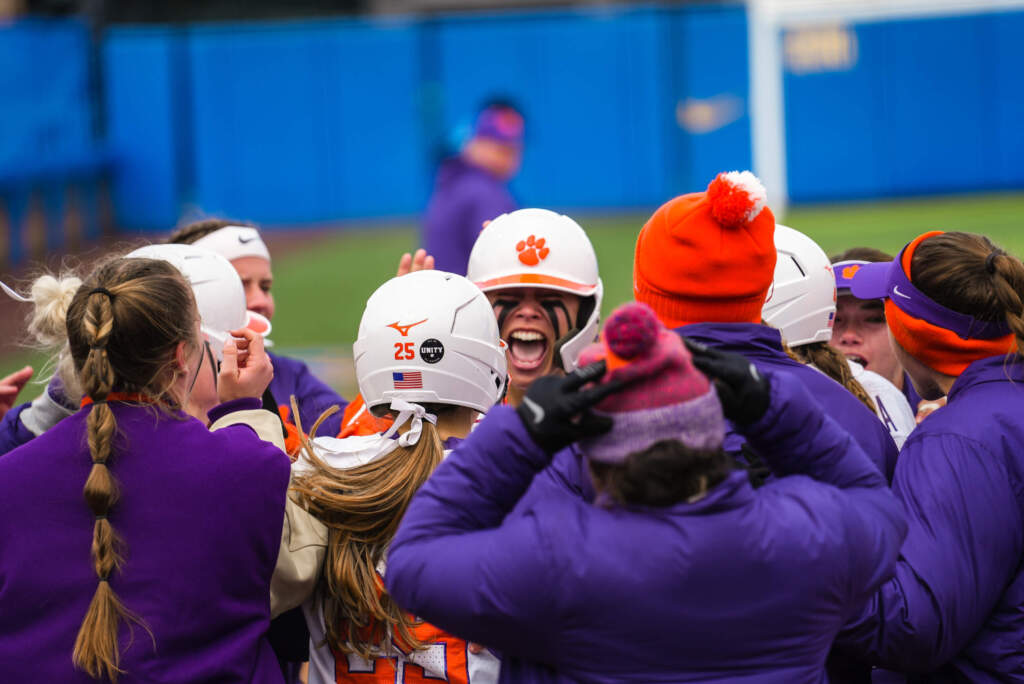 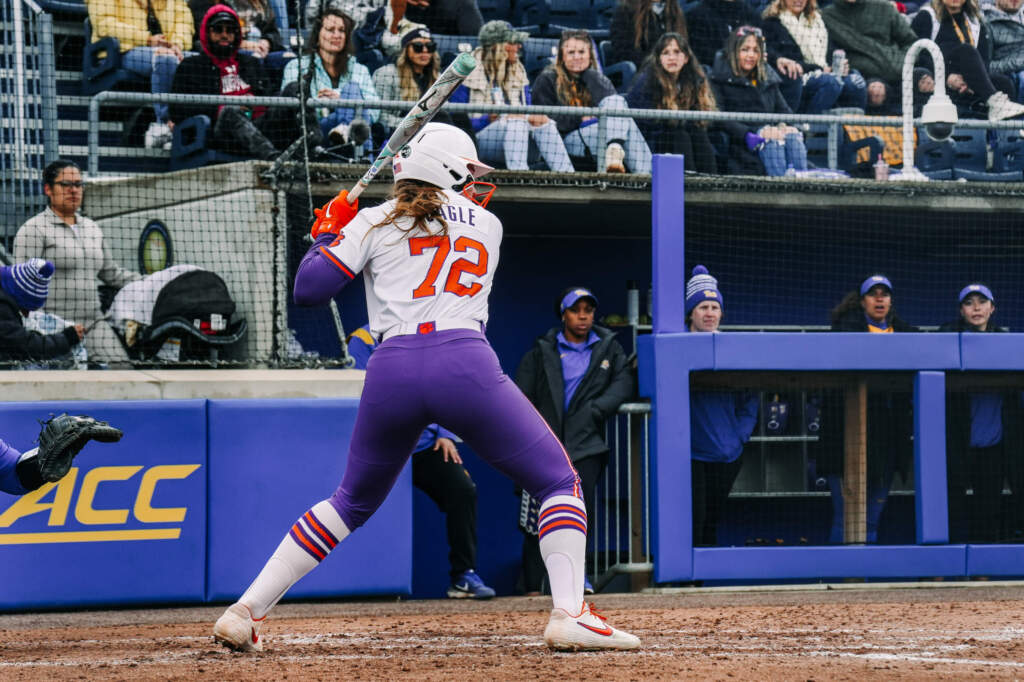 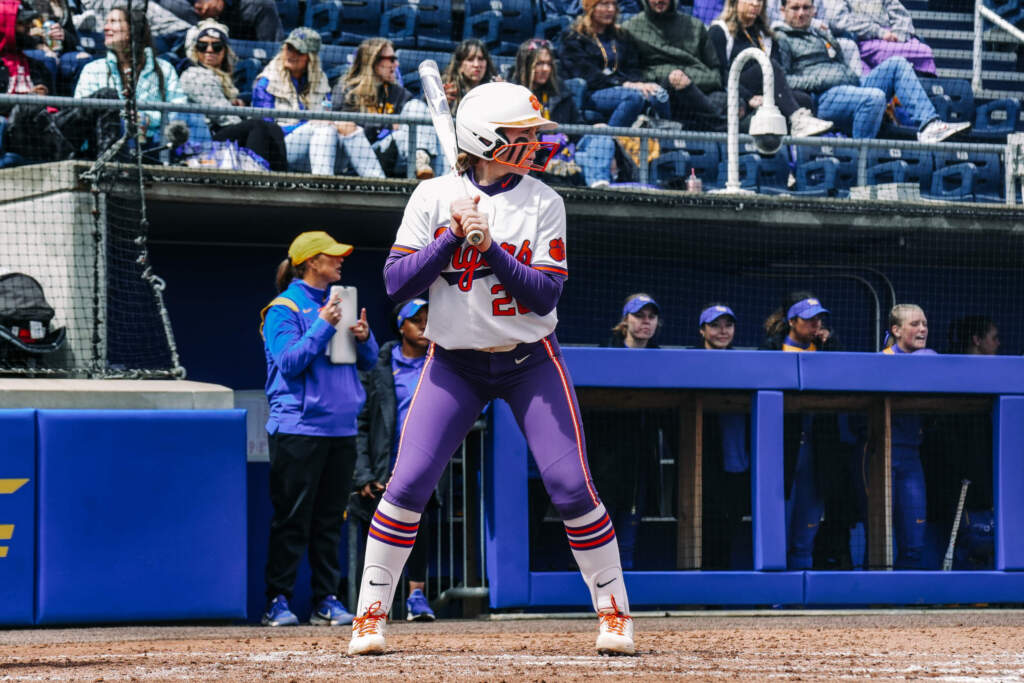 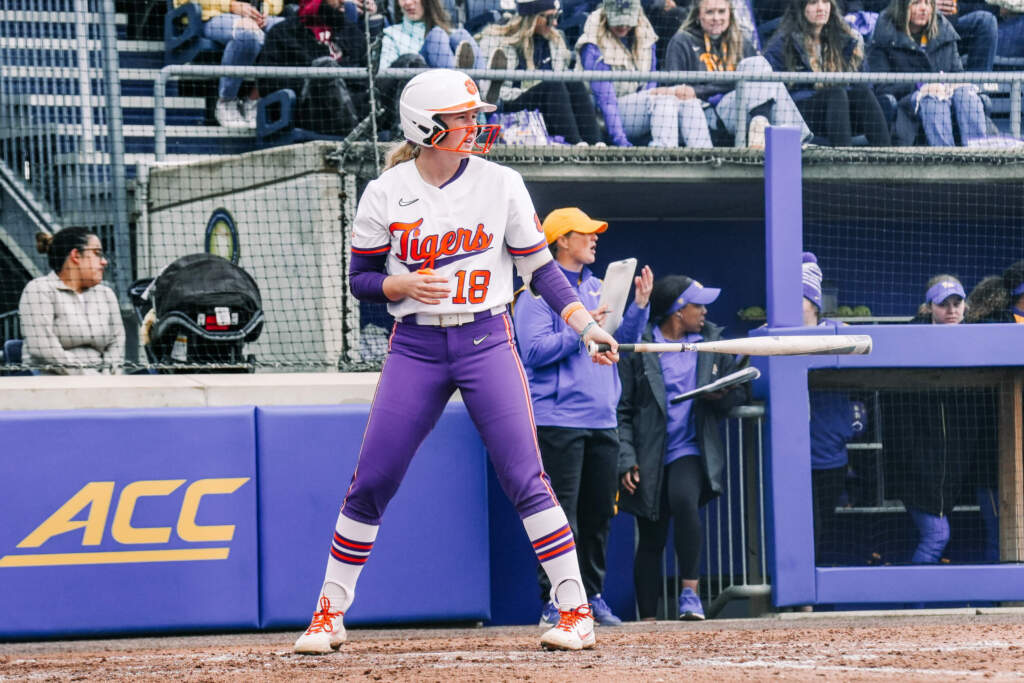 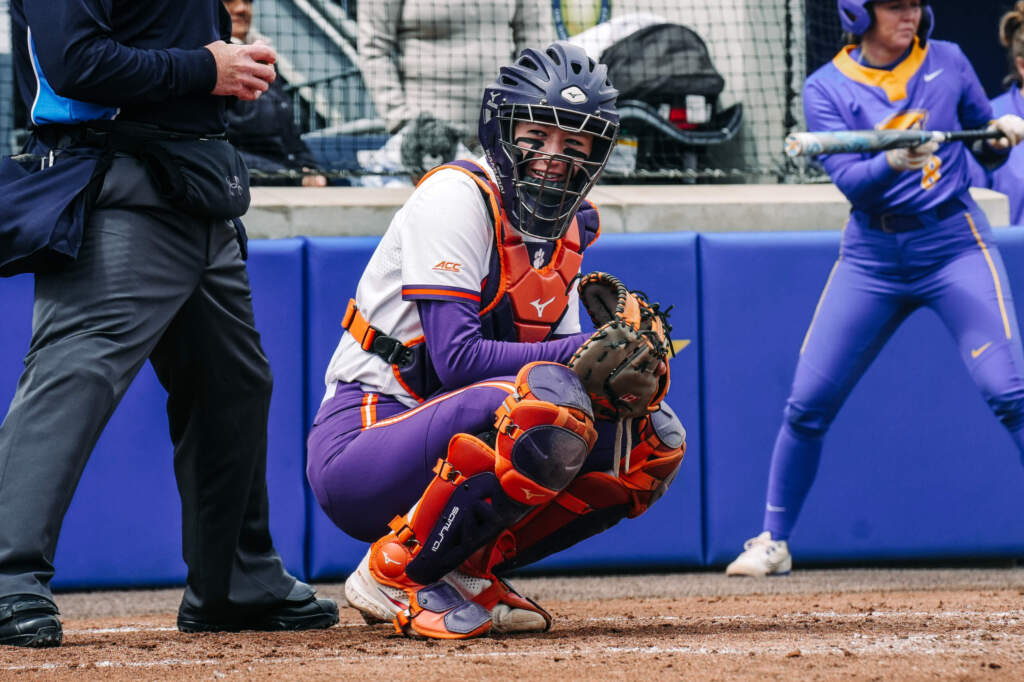 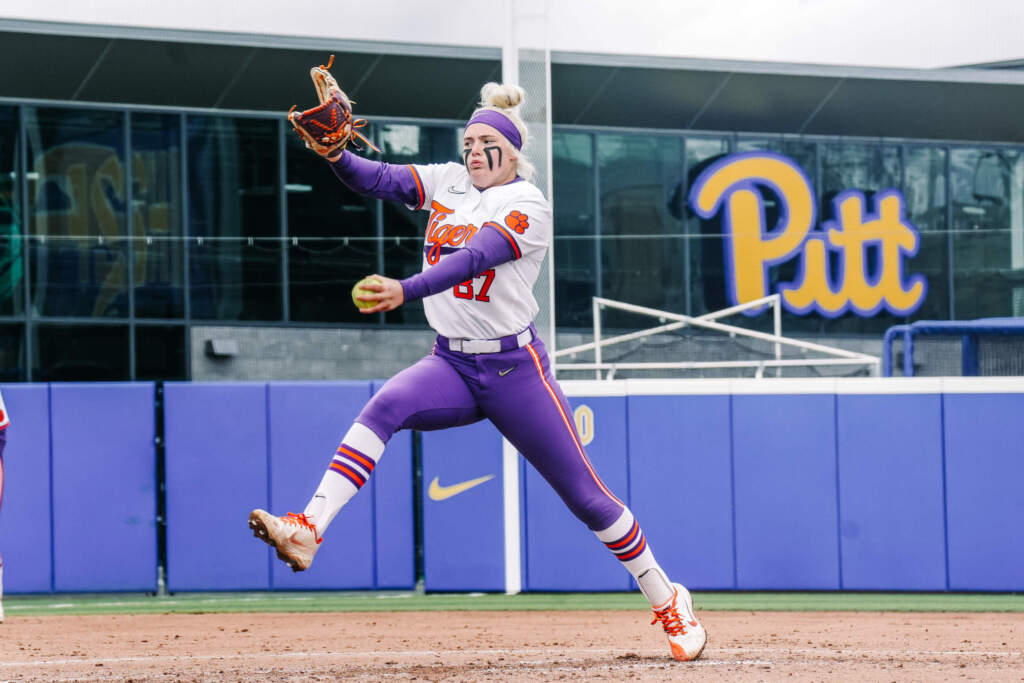 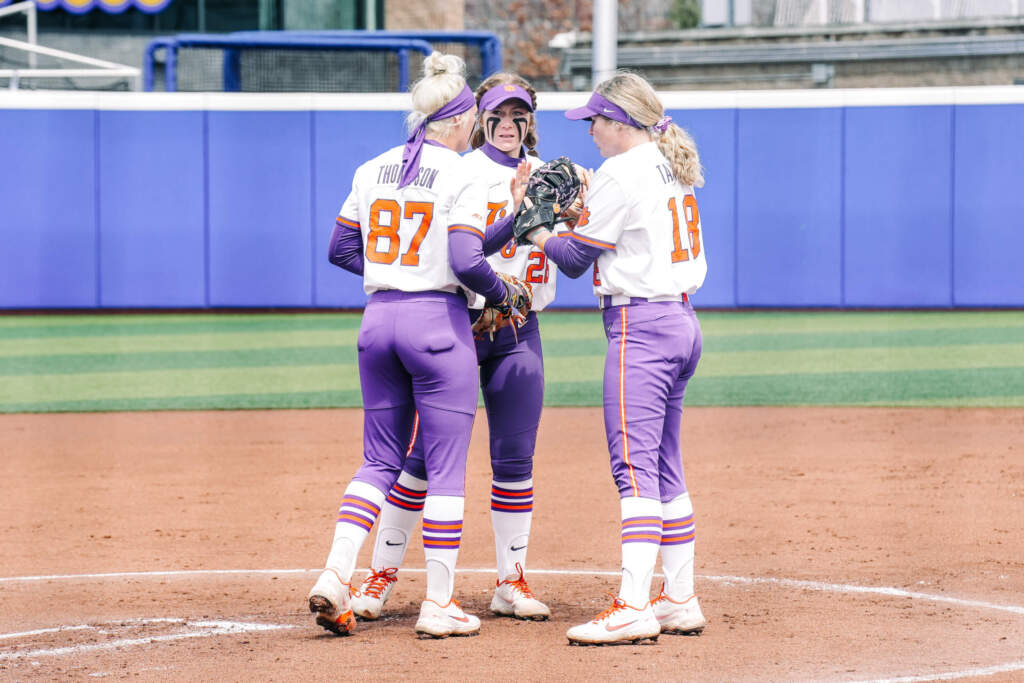 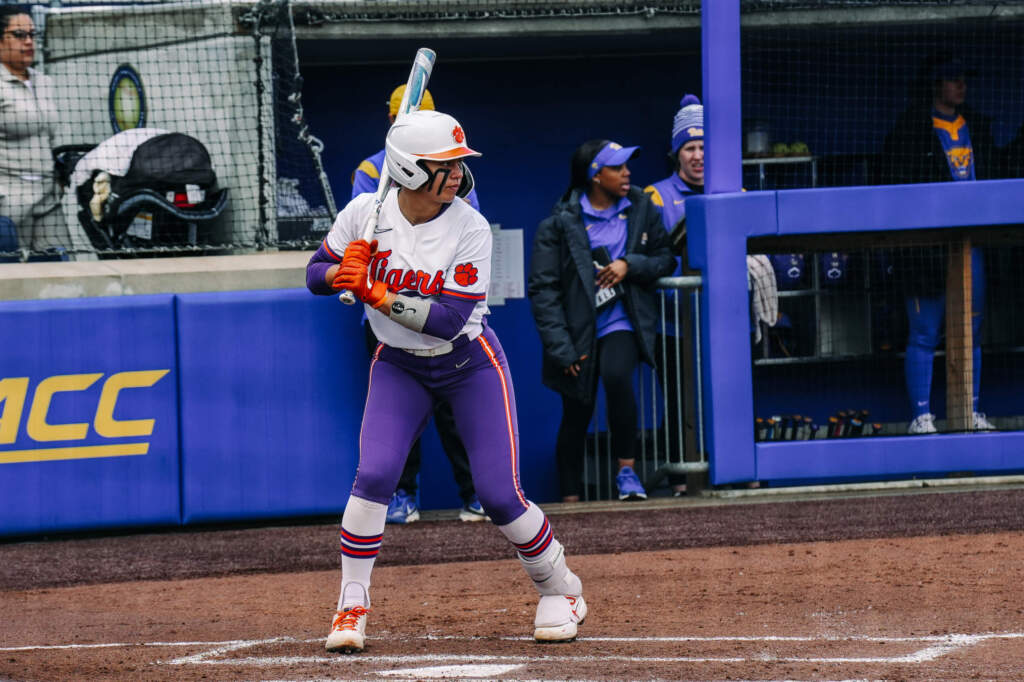 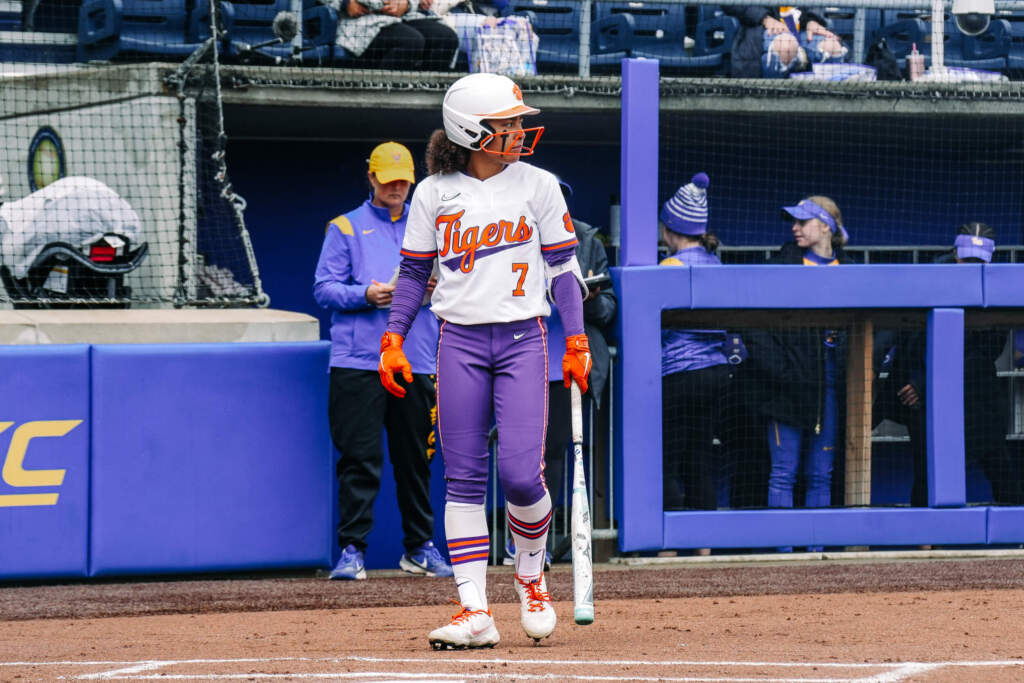