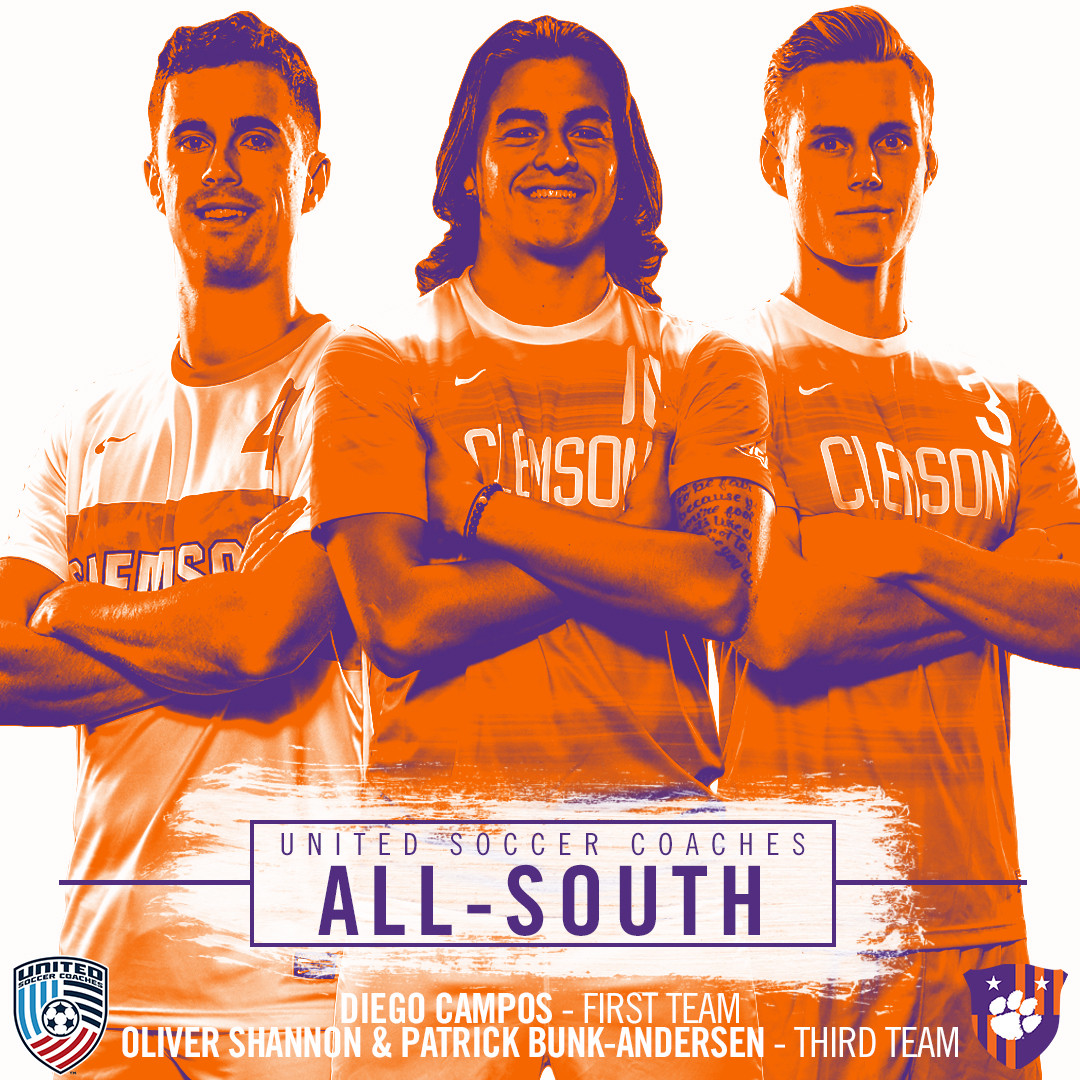 CLEMSON, S.C. – Three Clemson men’s soccer players earned All-South Region Team honors for 2017, as announced by the United Soccer Coaches. Diego Campos was named to the first team, while Oliver Shannon and Patrick Bunk-Andersen were named to the third team.

Campos finished the season leading the Tigers in both goals (10) and assists (9), and the latter mark is tied for 14th in the nation. His 29 points are tied for 16th in the country as well. He also earned First Team All-ACC honors, as did Shannon, who was a constant force as a team captain that started every single match and led the Tigers in minutes while ranking third on the team in points. Bunk-Andersen led the Tiger defense with three goals and played a major role in a third of the Tigers’ matches ending in shutouts.

Clemson wrapped up 2017 after earning a No. 8 National Seed in its fifth consecutive NCAA Tournament berth.