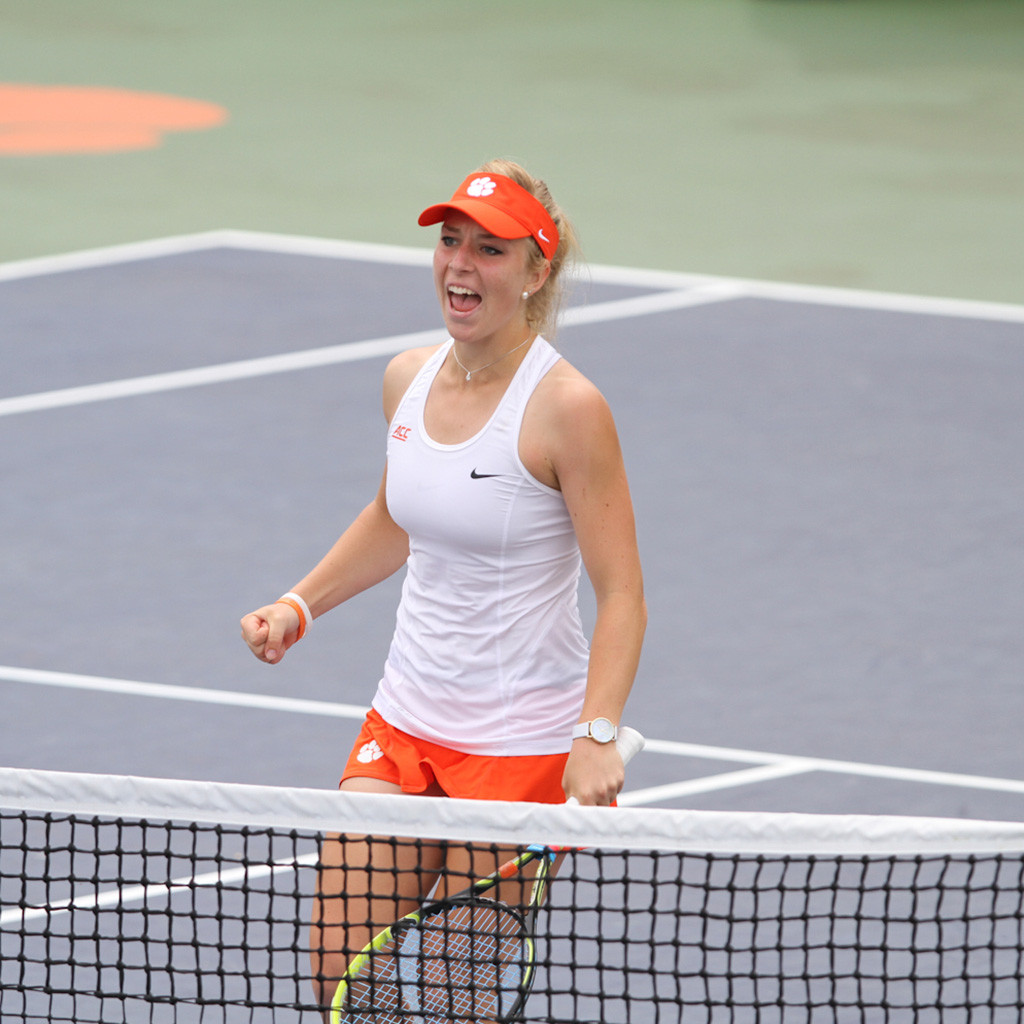 WACO, Texas – With wins on Thursday, singles player Joana Eidukonyte and the doubles team of Beatrice Gumulya and Jessy Rompies clinched spots in the Sweet 16 at the NCAA Singles & Doubles Championships held on the Baylor University campus.

Eidukonyte, a 9-16 national seed in the tournament, defeated No. 33 Catherine Harrison of UCLA in Thursday’s second round 6-2, 6-3. Eidukonyte has won both of her matches in NCAA Singles Championship play in straight sets and has not lost a match since April 10. With the win, she moves to 37-6 on the season. Yesterday, Eidukonyte moved into a tie for seventh in Clemson history for most singles wins in a season and with today’s win she is now tied for sixth place all-time. The junior from Vilnius, Lithuania faces No. 7 Jamie Loeb of North Carolina on Friday at 10 a.m.

The doubles tournament kicked off on Thursday as 32 teams vied for spots in the Sweet 16. Clemson’s duo of Rompies and Gumulya, ranked and seeded No. 4, punched their ticket with a 7-6(5), 6-0 win over Vanderbilt’s Colton and Campbell. The two teams met up last Friday in the Sweet 16 of the Team Championships with the Commodore duo claiming an 8-6 victory. The pair, 27-5 on the season, will matchup Friday with Southern Cal’s duo of Giuliana Olmos and Zoë Scandalis, ranked 19th nationally.

Gumulya’s singles career at Clemson came to an end on Thursday as the senior fell 6-2, 6-4 to No. 11 and 9-16 seed Stephanie Wagner of Miami. The native of Jakarta, Indonesia finished the 2014-15 season with a 29-10 record in singles play. Gumulya earned All-ACC honors her sophomore, junior and senior seasons at Clemson.

Eidukonyte returns to action Friday in the NCAA Singles Round of 16, while Gumulya and Rompies also play Friday in the Round of 16 of the doubles draw. The time or Friday’s matches have yet to be announced.