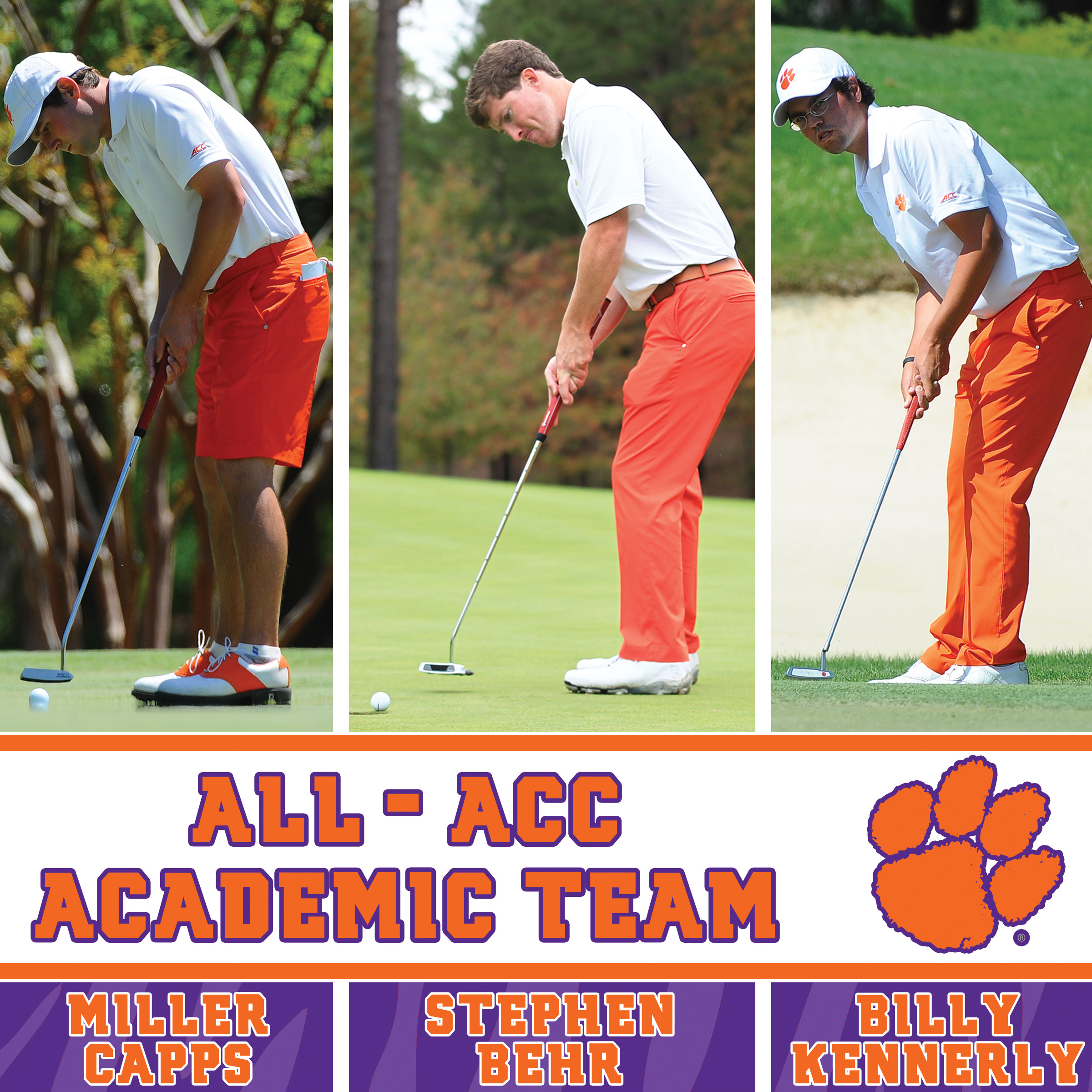 CLEMSON, S.C.—Clemson golfers Billy Kennerly, Stephen Behr and Miller Capps were all named to the 2015 Academic All-ACC Men’s Golf Team on Thursday. All three were starters on Clemson’s team that reached the NCAA National Tournament this year. All three have now made the Academic All-ACC team multiple times. Clemson tied for the second most selections on the team that honors league golfers who had at least a 3.0 GPA in the spring semester and have a career GPA of at least 3.0. Kennerly graduated from Clemson in May and was named Academic All-ACC for the third time in his career. He was Clemson’s top golfer this year with  71.53 stroke average and had a team best seven top 10 finishes in his 14 tournaments. It was the most top 10 finishes by a Clemson golfer in eight years. Behr, a native of Florence, S.C., was also named to the team for the third time, but he still has another year of eligibility. He graduated with a degree in financial management in May. On the course, Behr had the third best stroke average on the team at 72.43 and had 18 rounds at par or better. Capps, a junior, was named to the Academic All-ACC team for the second time. The native of Denver, N.C. had a 71.93 stroke average, second best on the team ad led he squad in rounds at par or better with 22. Like Behr, he will return to the Clemson lineup next year.