The Best Freshman in the Country Plays For Clemson

“He is tactically very astute. He understands and feels the game as well as the best midfielders I have ever coached.”

In his first season as a member of the Clemson men’s soccer team, Philip Mayaka has solidified himself as one of the nation’s best young talents. The freshman, originall from Nairobi, Kenya, has stepped into the starting line-up and has dazzled the crowds with his poise and manner when the ball is at his feet. Mayaka has taken on some of the most physically developed players in the country and has left them in his wake. While small in stature, the freshman plays with a style well beyond his years and has rightfully earned his spot in the conversation for being one of the best freshman players, regardless of position or age, in the country. 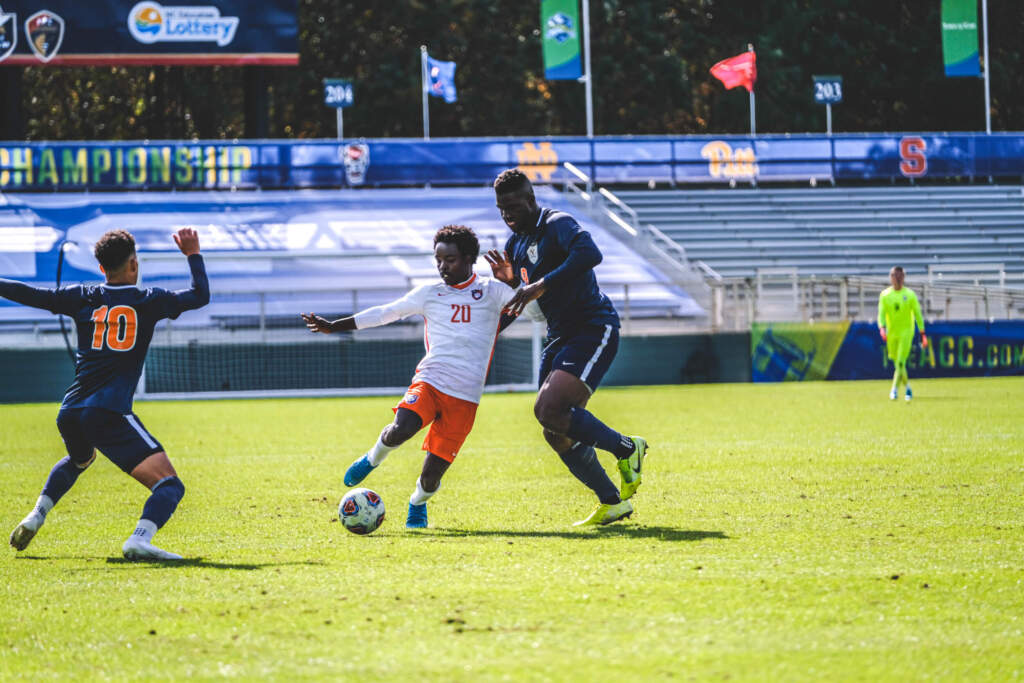 Mayaka, a starter amongst the Tigers’ midfield unit in 19 matches, has logged two goals and contributed eight assists in his freshman campaign, with both goals serving as game-winning scores. His greatest contribution to the Tigers’ stellar campaign is the way he orchestrates the attack for the Tigers, stringing together passes that few others can see and hold the ball close his feet while moving at top speed.

For his excellent play throughout the course of the season, Mayaka was voted by the ACC’s head coaches as the conference’s Freshman of the Year and was named to the All-ACC First Team. Mayaka is the lone freshman to be named to this year’s list of MAC Hermann Semifinalists.

Mayaka has been clinical within the midfield for his side, helping the Tigers become the nation’s premier scoring offense by serving as the team’s conductor in its attacking efforts. The freshman midfielder has recorded a multi-assist match twice this season.

And there are still more honors to come. 😎👍#ClemsonUnited pic.twitter.com/a0GXictPE3

Philip Mayaka is the #ACCMSoccer Freshman of the Year!

Mayaka has scored a pair of game-winning goals this season.