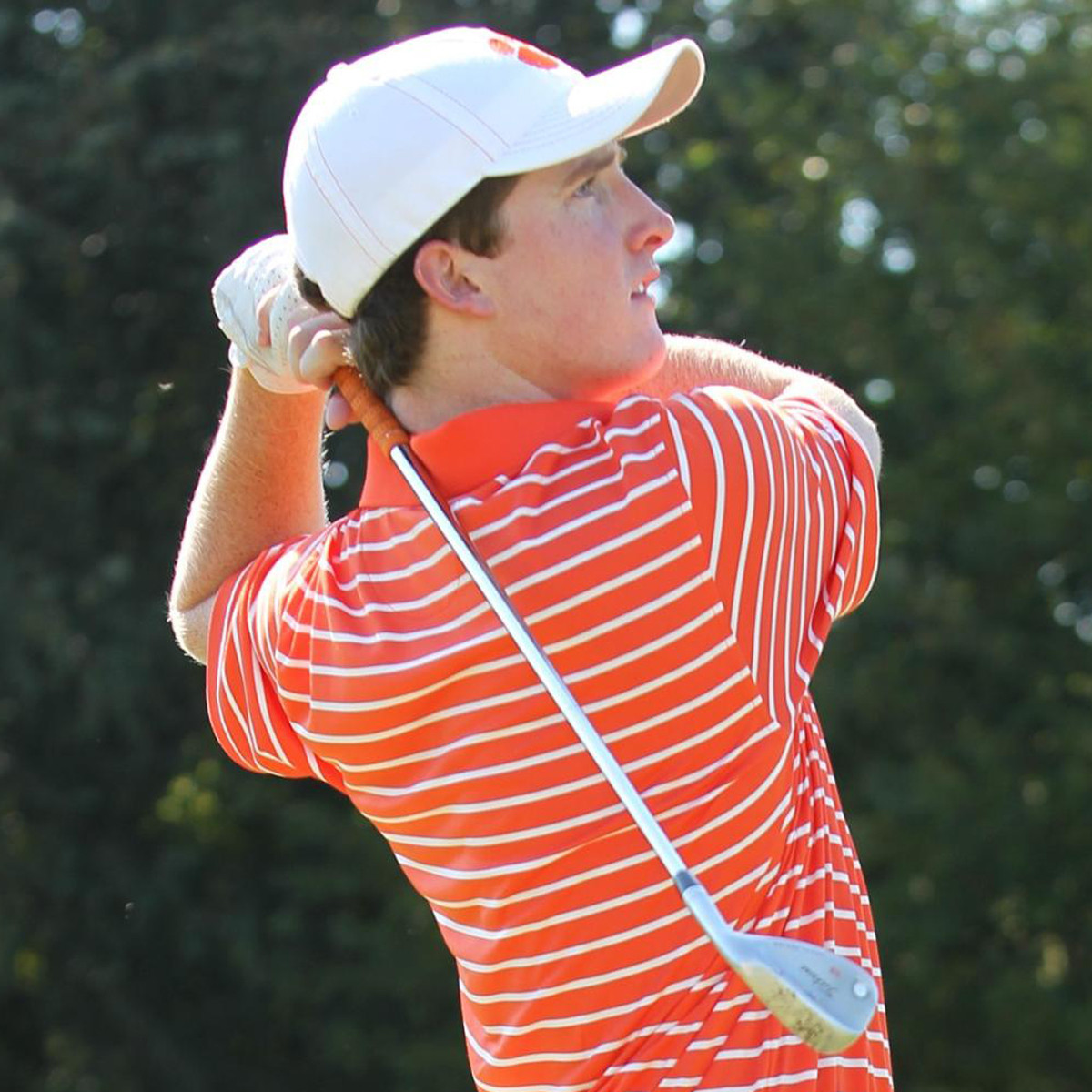 Clemson, S.C.—Tennessee downed Clemson 3-2 in a match play event at the Golf Club of Tennessee on Sunday.  The round was an extension of the Dick’s Sporting Goods Collegiate Challenge, an event composed of 12 teams, six from the ACC and six from the SEC.

Teams played three rounds of stroke play over Friday and Saturday, then a round of match play on Sunday.  The format is similar to that used at the NCAA National Championship in May.

Clemson victories  were recorded by Carson Young and Stephen Behr, Clemson’s No. 5 and No. 1 players in the lineup.  Young defeated Lorenzo Scalise of Tennessee 2 & 1.  Behr downed Chad Merzbacher of Tennessee 2 up.  The other three matches were close wins by Tennessee, matches that went through at least the 16th hole.