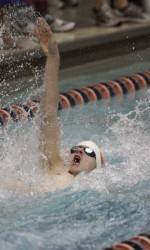 CORAL GABLES, FL – The Clemson men’s and women’s swimming and diving teams will jump back into the pool after a six-week layoff in a road trip to south Florida. The Tigers will face off against conference foe Miami (FL) in a dual meet that kicks off the 2012 portion of the schedule. The meet is scheduled to begin at 9 a.m.

The Tigers come into Saturday’s meet with a 5-2 record (1-0 ACC) on the men’s side and a 4-3 mark (0-1 ACC) on the women’s side. It will be the first team competition since the final day of the Georgia Tech Invitational on November 2 – almost seven weeks ago.

“We are beginning the ACC dual meet season,” Head Coach Christopher Ip said. “Our team has been gaining valuable training time together in Florida. It has been the first true time that the coaching staff has been able to work with the whole team together since the pool breakdown a year ago. Our group dynamics are excelling and the team is excited to start racing for the first time in 2012.”

Miami (FL), who only competes in diving on the men’s side, enters the meet with a record of 2-3 (0-1 ACC) in women’s swimming and diving. The Hurricanes’ female group is led by a pair of divers. Lindsay Lester is in fifth place in the ACC in both the one-meter (315.98) and the three-meter (336.53), while Thea Vock ranks fourth in the league in the one-meter (321.45). Swimmer Kelsi Hall currently ranks fourth in the conference in the 50 free with a time of 22.94 seconds. In men’s diving, Miami is paced by Samuel Dorman, who leads the conference in the one-meter (408.98) and ranks second in the three-meter (423.45) this season.