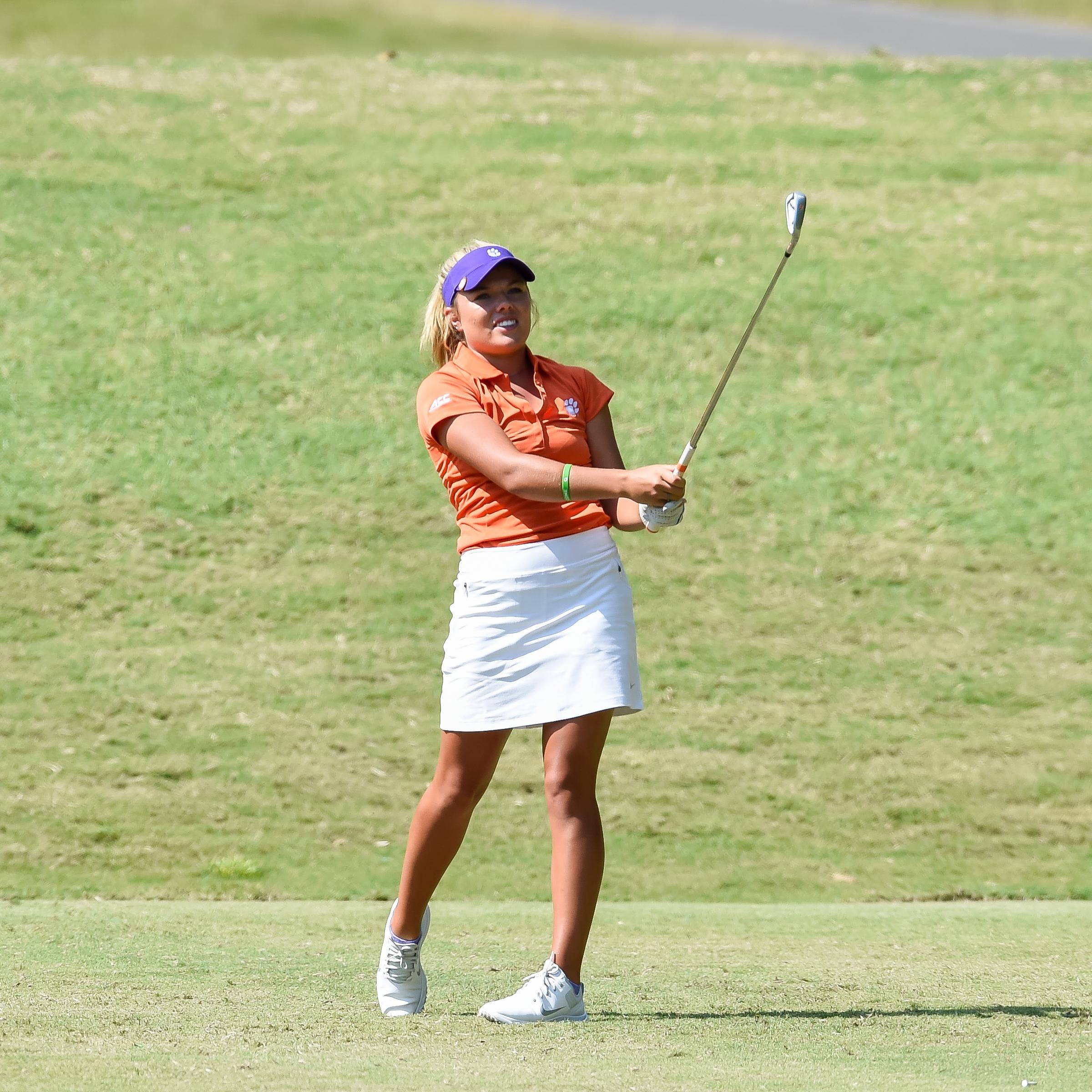 Stephenson Tied for First Entering Final Round at Yale

Clemson, S.C.—Lauren Stephenson fired a two-under par 69 on Saturday and is tied for the individual lead entering the final round of the Yale Women’s Intercollegiate at the Course at Yale in New Haven, Conn.  The Tigers are in second place in the 16-team field heading into Sunday’s final round.

Stephenson had an opening round 68 and followed that with a 69 on Saturday afternoon on the par 71 course that is 6,008 yards in length.  The freshman from Lexington, S.C. had five birdies and three bogeys on Saturday, including a string of three birdies in succession on holes 15, 16 and 17.   Her 137 total through two rounds is tied with Alice Chen of Furman, who has had rounds of 69-68.

Stephenson is one of three Tigers in the top 10 in the individual race entering the final round.  Freshman Alice Hewson shot two-under-par on the back nine and finished with a one-over-par 72 for the day.  She stands at 147 through 36 holes, good enough for a tie for sixth place. 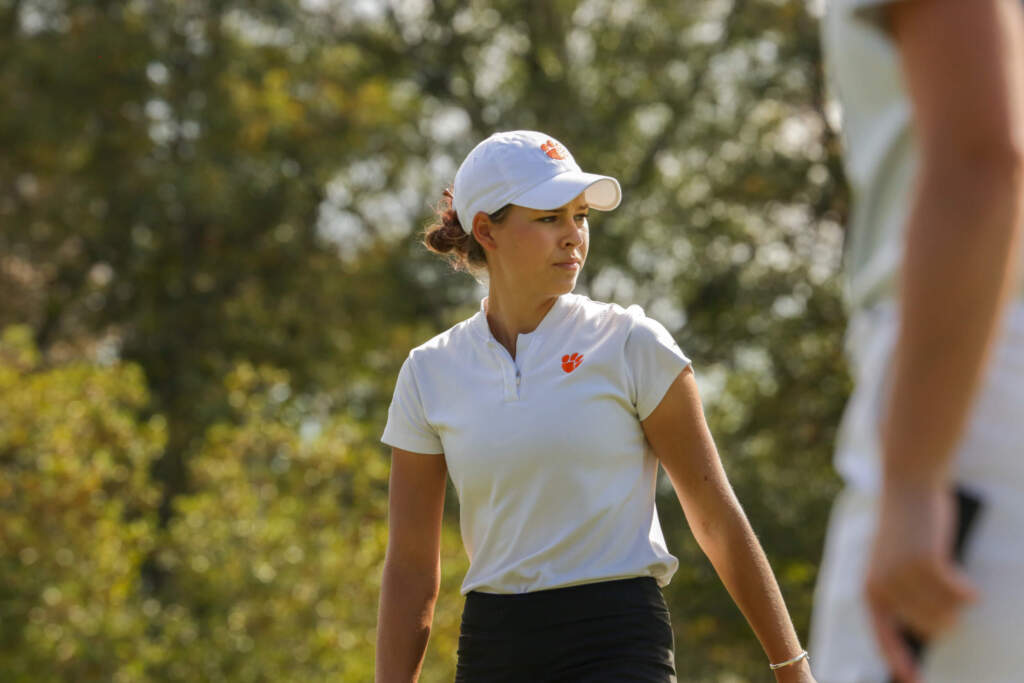