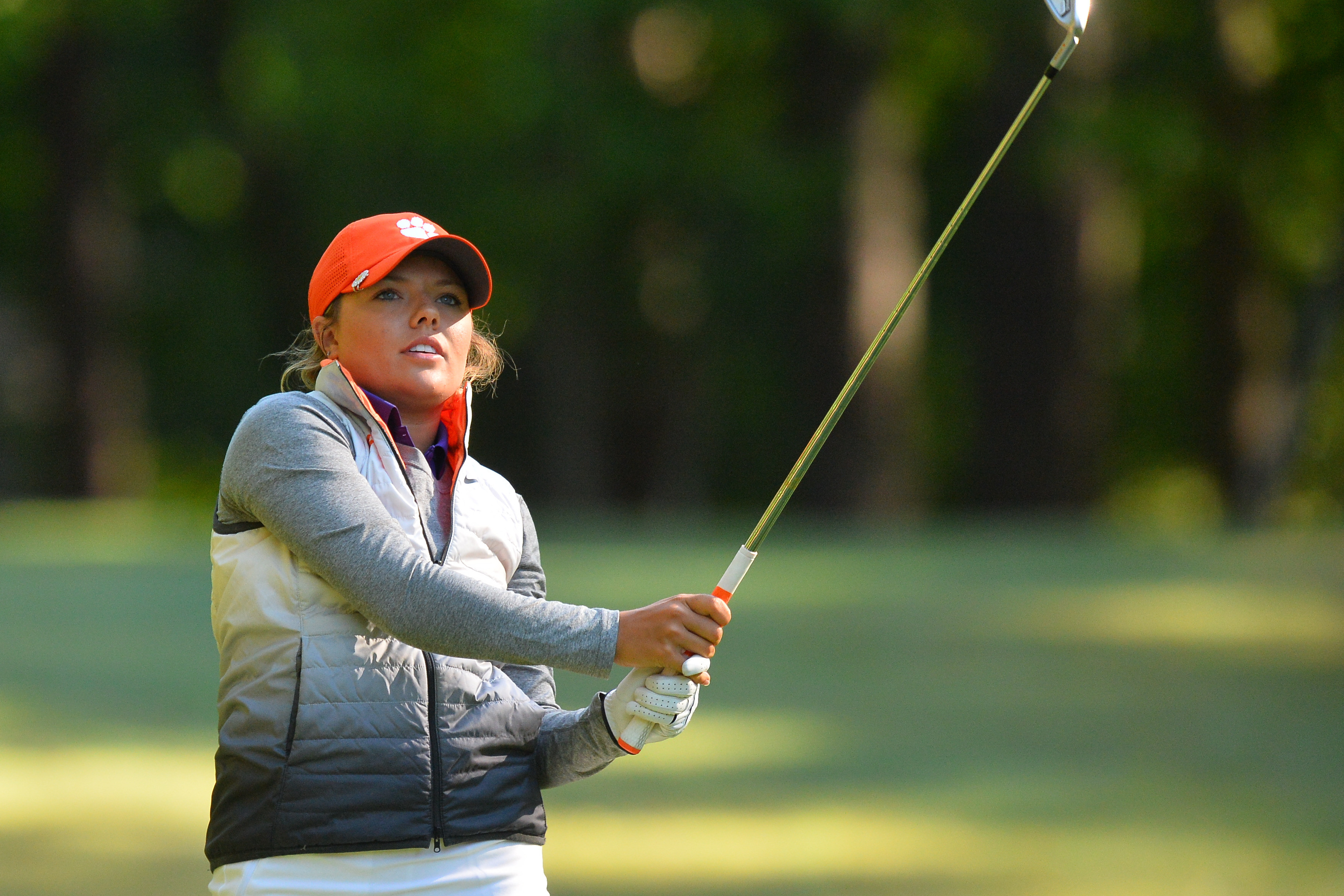 Stephenson Named to All Region Team

Clemson, S.C.—Clemson freshman Lauren Stephenson has been named to the All-Region team by the Division I Women’s Golf Coaches Association.  Stephenson finished in a tie for fifth place at the Shoal Creek Regional  in Birmingham, Ala. on May 7 and will compete in the NCAA Championship at Eugene Country Club in Oregon starting on May 20.   Her No. 5 finish at the regional was the best by a Clemson women’s golfer.

Stephenson, who is the first Clemson women’s golfer to make the field for the NCAA National tournament, has a 73.33 stroke average this year, best on the Clemson team. She has three top 10 finishes, a team best four rounds in the 60s and 12 rounds at par or better this season. Her stroke average is 10th best in the ACC.

In addition to her fifth place finish at the regional, the native of Lexington, S.C. finished as co-medalist a the Yale Intercollegiate and second at Briar’s Creek.  She established a Clemson season record for birdies with 98, a figure she can build on at the NCAA National Tournament.

Stephenson was one of three freshmen to make the All Region team from the Shoal Creek Regional, as she joined  Marianne Li of California and Janet Mao of Northwestern.